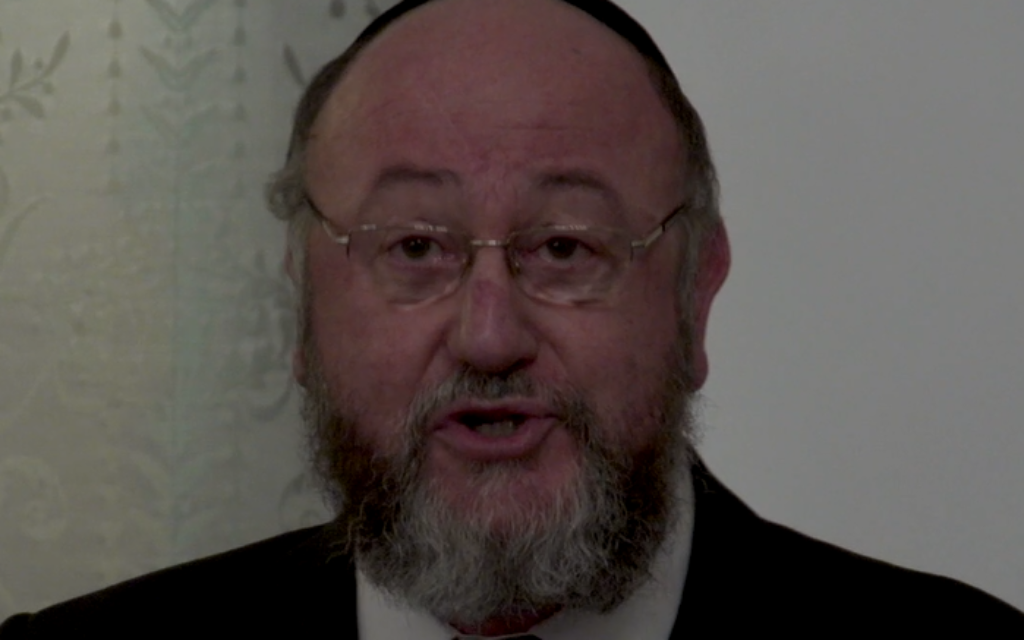 Chief Rabbi Ephraim Mirvis has warned that religious extremism can undermine trust in national faith leaders in the same way that sexual abuse and financial impropriety can.

His comments came in a Monday night debate chaired by former police commissioner Lord Ian Blair, where Mirvis recalled the biblical story of Cain, saying: “When one reaches a situation of extremism, it can lead to murder.”

His warning at a Woolf Institute event, alongside Archbishop of Canterbury Justin Welby and Dean of the Cambridge Muslim College Tim Winter, came as violence continued in Israel following tension at Jerusalem’s al-Aqsa Mosque.

Mirvis said: “A true religious path of life is one of moderation, and not of extremism. That is not true religion. Today, alas, there have been examples of child sexual abuse, of financial impropriety, of extremism, of abuses of trust.”

The event, addressing the lack of trust in religious leadership, heard from Welby at the end of a month in which he had to address historic abuse allegations against two former bishops.

Arguing for values-based leadership, Welby invoked the spirit of Dietrich Bonhoeffer, a German Lutheran pastor imprisoned in a concentration camp in 1943 and executed in 1945, two weeks before the camp’s liberation, following his vocal criticism of the Nazi persecution of Jews. “He missed by barely a month the outcome he sought,” said Welby, “yet his effect was undiminished.”

Winter meanwhile said the growth of Islamic radicalism was a direct result of “disillusionment” of those who had lost faith in the established Muslim leadership, such that “young men turn instead to internet hotheads… This is the single biggest crisis in the Muslim community”.