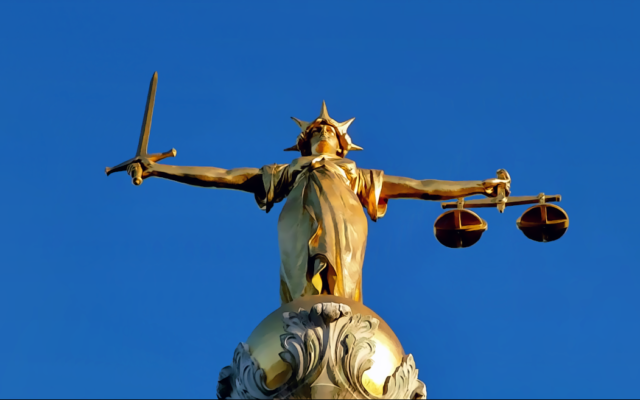 A father of five who began a new life as a woman after leaving an ultra-orthodox Jewish community has lost a family court fight over her children.

The woman had not seen the youngsters since leaving the North Manchester Charedi Jewish community about 18 months ago.

She said she wanted to be “sensitively re-introduced” to them.

But her estranged wife said allowing the children to see their father could lead to them being ostracised by the community.

A judge has concluded that the children should not see their father – but should be allowed to exchange letters and cards.

Mr Justice Peter Jackson had analysed the case at a private family court hearing in Manchester in November and December.

The judge announced his decision in a ruling published on Monday.

He said no-one involved could be identified.

Mr Justice Jackson said he had made his decision on the basis of what would be in the children’s best interests.

The judge said his ruling was not a “failure to uphold transgender rights” nor a “win” for the community.

Mr Justice Jackson said the children were aged between 12 and two.

He said he had heard from both parents, analysed evidence about Jewish law and custom and met the oldest child – a boy – before reaching his decision.

“Their parents’ marriage ended in June 2015, when their father left home to live as a transgender person,” said the judge in his ruling.

“She now lives as a woman and has had no contact with the children since she left.

“Her outward identity was of course male when she was at home and she retains that identity in the minds of the children, and indeed in the mind of the community.”

He added: “The reason why the father has had no contact with the children is to be found in the attitude of the community to people in her position.”

The children’s father had told the judge that community opposition should be “confronted and faced down”.

Their mother was opposed to them seeing their father – she said they might be ostracised – but accepted them having indirect contact through letters and cards.

“The father’s case is that she should be sensitively reintroduced to the children, who should be helped to understand her new way of life and allowed to enjoy regular and significant contact with her outside the community,” said Mr Justice Jackson.

“(The mother) opposes direct contact of any kind during their childhoods as that, she claims, will lead to the children and herself being ostracised by the community to the extent that they may have to leave it.”

The judge said he had, “with real regret”, decided that the children should not see their father.

“I can see no way in which the children could escape the adult reaction to them enjoying anything like an ordinary relationship with their father.

“In the final analysis, the gulf between these parents – the mother within the ultra-Orthodox community and the father as a transgender person – is too wide for the children to bridge.”

He added: “This outcome is not a failure to uphold transgender rights, still less a ‘win’ for the community, but the upholding of the rights of the children to have the least harmful outcome in a situation not of their making.”