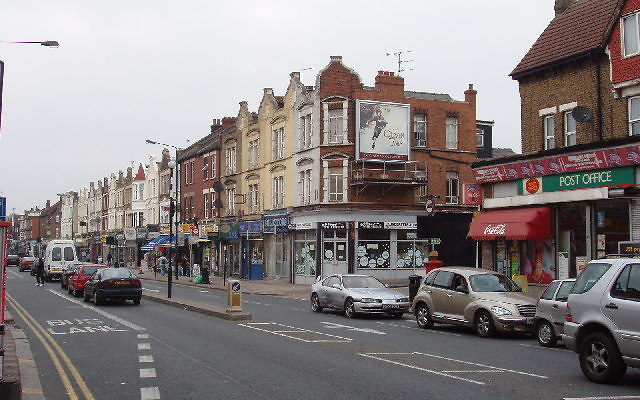 A mother has spoken of the terrifying moment her car was rammed by a vehicle draped with a Palestinian flag moments after leaving her home in Hendon.

The Jewish victim, who asked not to be named, was travelling to a friend’s home with her four-year-old strapped in at the back when the incident happened on Sunday afternoon. It’s understood he was wearing a bright blue kippah and she was playing Jewish music.

She said: “As I came to the top of the road I noticed two cars with huge Palestinian flags on their bonnet. I turned right and both cars started to chase me down the road and rammed into the back of my car.

“As I approached the light I put my foot on the accelerator and sped through a red light, trying to make my way through the traffic. I turned into my friend’s road, but the cars continued to chase me. Once again I found myself with my foot flat on the accelerator racing down the road to try and find somewhere safe.

“Thankfully I found a small ally where I parked my car behind a large truck. I called my friend to check the cars had gone and made my way to his home to calm down.” She urged the community not to feel intimidated amid rising hate incidents linked to the conflict between Hamas and Israel.

It’s unknown whether the incident was in any way linked to the convoy of cars with Palestinian flags that travelled through north London that afternoon when antisemitic abuse and rape threats were spewed from a loudspeaker. Four arrests have been made in connection to that incident.

In a statement, the police said: “At around 15:00hrs on Sunday, 16 May, we received a report of a car being driven aggressively in Parsons Street, Hendon. It is alleged that it made contact with the rear bumper of another car.

“The call was received 20 minutes after the alleged incident and no specific details of the car involved were available, making an immediate response infeasible. Arrangements have been made for officers to speak to the complainant and an assessment will then be made as to possible further lines of enquiry.

“As part of their investigation, officers will consider whether there is any link between this report and a convoy of vehicles that passed through north London on the same afternoon.”

The last week has seen antisemitic incidents sour by more than 400 percent in the UK.