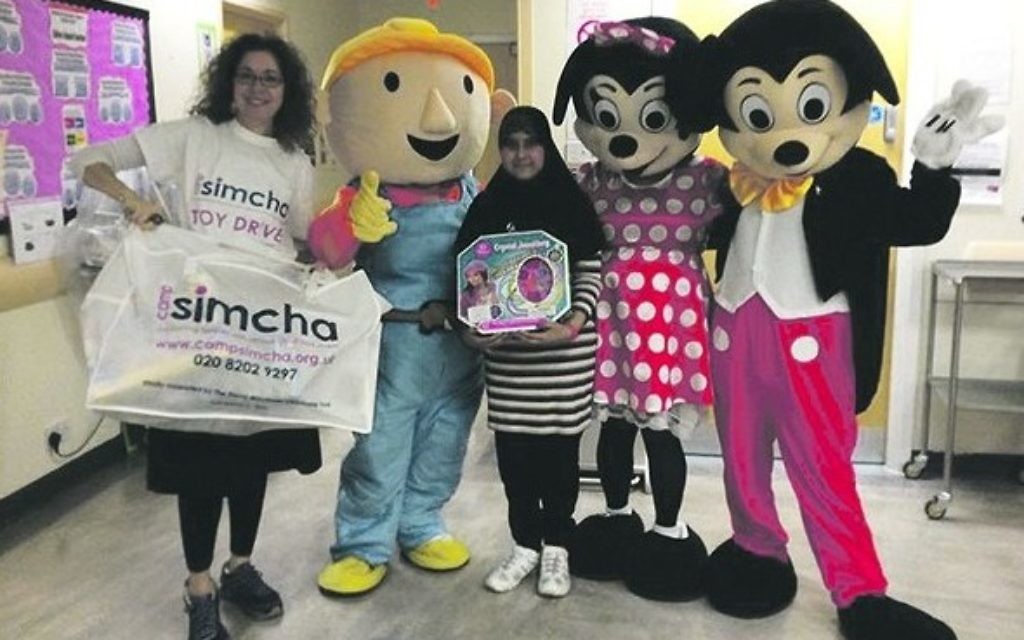 Bob the Builder was also in tow, much to the delight of some of the younger children, who wanted their photos taken with the TV hero, though the parents favoured selfies with Minnie. Inside the costumes were Jewish News supplements editor Brigit Grant, her sister Harriett and nephew Dylan, who danced with the medical staff on the Galaxy Ward.

Camp Simcha’s Toy Story begins each year with the arrival of large boxes in the lobbies of Jewish schools.

From that moment on, parents and pupils bring in new toys and games to be distributed to seriously ill children of all ages and denominations who will be spending the holiday season in hospitals or hospices.

From the schools, the toys are delivered to Kinloss Synagogue, where this year Yavneh College sixthformers helped to package 7.000 donated gifts collected at 70-plus nurseries, schools and community groups. 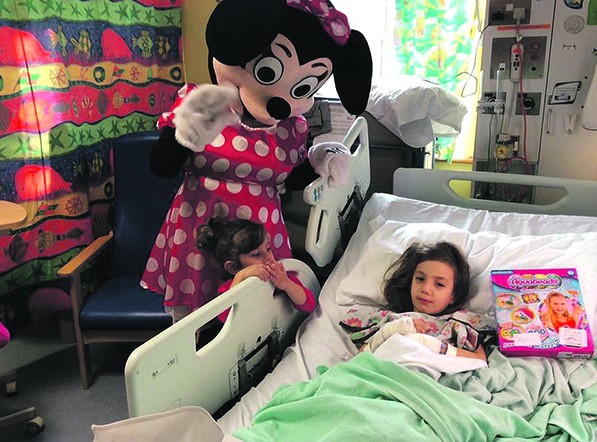 Minnie Mouse with a patient at Barnet hospital

The Year 12 Yavneh students, who joined the volunteers on packing day, also held their own toy and fundraising drive as student Elan Brooks, explained: “Camp Simcha is one of Yavneh’s chosen charities to support this year and we wanted to feed in to the Toy Drive, as well as raise money.

“Twenty of us have organised an event at which  we are  screening the Toy Story film with food and snacks donated by Kosher Kingdom, and pupils have to bring a new toy or make a donation to come along.”

Volunteers at the packing day also created canvas artwork for paediatriatic wards at the Royal London and King George’s Hospitals. 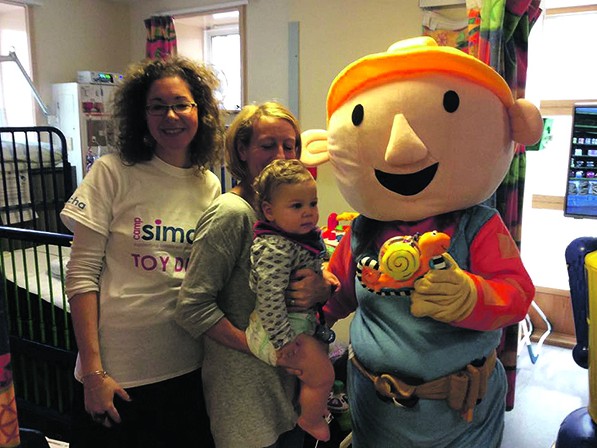 Over the next week, the toys will be delivered to children in more than 110 hospital wards and hospices and through community nursing teams involving facilities including Watford General, the Royal Free, Whittington, UCLH and Great Ormond Street hospitals.

Camp Simcha UK is the only Jewish charity to deliver toys to all children in hospitals on this scale and at Barnet the nurses were very vocal about how much they appreciated the generosity and the presence of Mickey, Minnie and Bob.

“It has certainly cheered up our day,” said the mother of Mumtaz , who received her present in the playroom. With the help of GIFT, a few hundred toys will also go to families who would otherwise be unable to give their children gifts this Chanukah.

Camp Simcha expresses its gratitude to all the schools who gave so generously and made the holiday special for so many children.