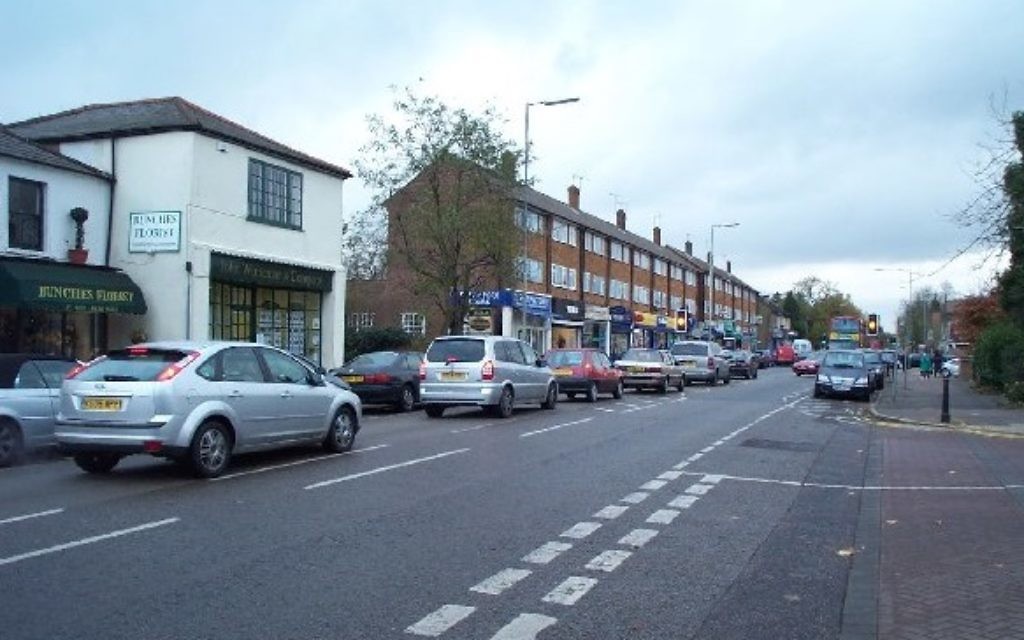 A Jewish man has been arrested in Bushey Heath after a fight involving socialists who produced Palestinian flags as they marched past a kosher deli.

Hertfordshire Police confirmed that a 47-year old man had been arrested on suspicion of common assault had been bailed to return at a later date.

Witnesses to the fracas, which occurred at about 5.20pm on Tuesday evening, say a group of up to 15 men taking part in a ‘March for Jobs’ produced Palestinian flags outside Flax’s Kosher Deli (pictured, right).

Deli manager Mitchell Swillman said some of his customers reacted, running outside to confront the marchers, who continued down the road.

Various scuffles ensued and the police were called, where they arrested a man for allegedly attacking the demonstrators. At least part of the incident is believed to have been filmed by onlookers.

“Tensions are running high as it is,” said Swillman, who was in the store at the time.

“That flag, in this area, with all that’s going on in the world in Gaza, it was bound to cause trouble. It escalated as they made their way down to Bushey village. From what I understand these guys were being quite anti-Semitic.”

Other witnesses alleged that one of the marchers shouted: “Jews aren’t safe – we’re coming to get you.”

However, on the march itself, Hertfordshire Police issued a statement saying: “Officers conducted inquiries… No evidence was found that any race or religious hate crimes had occurred.”

Lawrence Brass, a Bushey resident and Treasurer at the Board of Deputies, confirmed that police patrols in the area would be stepped up.

“This is an unfortunate incident and I understand that there is much local concern,” he said. “Our area is being carefully monitored and there is no cause for alarm. The Board of Deputies, working closely in conjunction with the CST, has got the matter under control.”