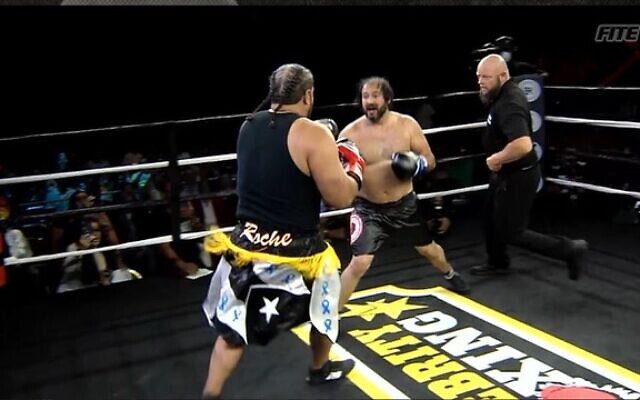 Rabbi Shlomo Zalman in the ring

Talking to Miami’s Rabbi Shlomo Zalman — known as Sam — Bregman — is a little like a conversation with the Duracell Bunny. Knock him sideways in the discussion, and he pops up, keen to have another go.

And the metaphor is appropriate because Rabbi Bregman has just emerged, semi-triumphant, from his first — and if his mother has her way, his only — celebrity boxing match. I say “semi-triumphant” because two out of the three boxing judges awarded victory to the rabbi’s opponent, a heavyweight actor and community activist called Hazel “the Latin Lover” Roche.

One judge in the match, which took place in Miami on Saturday night, declared “The Fighting Rabbi” the winner. At any rate, as he told Jewish News, “my opponent, whom I had knocked to the canvas several times, looked shocked when he heard the verdict”. 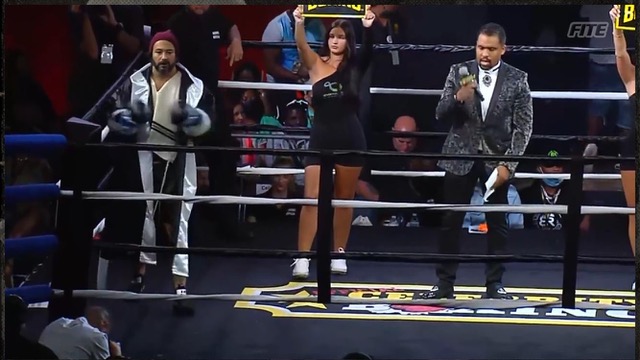 Rabbi Shlomo Zalman before the match-up

Rabbi Sam, 44, was invited by Celebrity Boxing to take part in the three-round skirmish, which operated on a pay-per-view system for would-be supporters. Initially he was supposed to be up against actor Mark Wahlberg, but film commitments prevented that going ahead.

The rabbi has “a very serious Kollel background” and obtained semicha, or rabbinical ordination, in parallel with a law degree — he is a member of the Florida State Bar. He also runs a digital media strategy company, Alpha Tribe Media, which specialises in building massive social media followings and communities that accelerate his clients’ influence.

Of his decision to accept the challenge, the rabbi said: “I did it for a number of reasons. I wanted the public exposure and the networking opportunities it would bring. I do work out regularly but it gets a bit boring, and I thought this would be something different. And I have been a boxing fan all my life”.

His parents and his wife came to see him in the ring, from which he emerged “without any injuries or a single bruise. I wasn’t scared, I just wanted to perform well”. 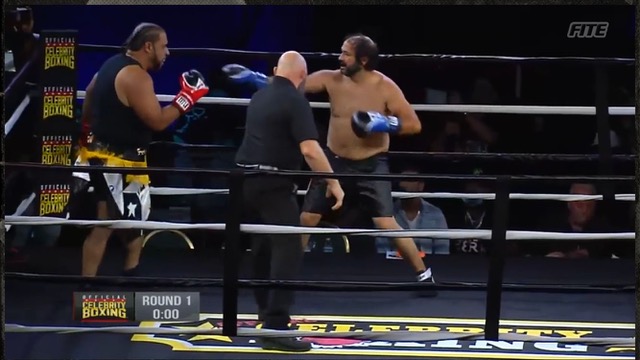 Rabbi Shlomo Zalman throws a punch in the ring

He is very aware of critics who felt that an Orthodox rabbi in the ring was inappropriate. But Rabbi Sam brushes such criticism aside. “The vast majority of people were positive and felt a bit of Yiddishe pride in what I was doing”. Certainly there can have been few like him in the ring previously: he made a point of praying before and after the match and also wore a beanie hat instead of a kippah, so that his head should be covered at all times. 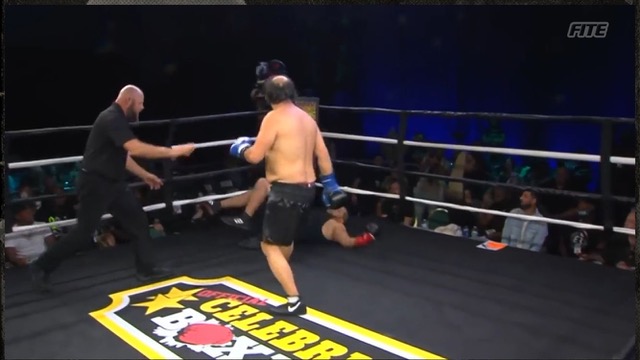 Unfortunately, as he confessed to Jewish News, Rabbi Sam was handicapped by having to wear contact lenses during the fight.  “I am very, very short-sighted” he said, “so I wore lenses and one of them dropped out during the first 15 seconds in the ring. The referee asked me if I wanted to stop, but I said no”.

We end our conversation with blessings from the effervescent and cheerful Rabbi Sam, who is well-known in Florida and beyond for Torah tutorials on YouTube. The big question now is what might be the next challenge for the Fighting Rabbi?