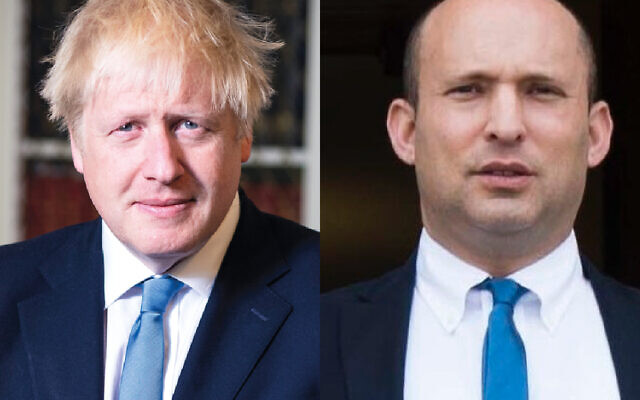 The UK prime minister had previously offered “congratulations” to his Israeli counterpart and the alternative leader Yair Lapid in a tweet on June 14.

But there has been no conversation over the telephone due to busy schedules amongst the leaders of both countries up until Friday.

Mr Johnson had previously also said in his tweet;”As we emerge from COVID-19, this is an exciting time for the UK and Israel to continue working together to advance peace and prosperity for all.”

An Israeli government spokesperson confirmed that Bennett and Johnson have now spoken.

They said the Israeli PM had thanked the UK leader for his congratulations on the formation of the government in Israel, “noting that this is a diverse government that works with great cooperation and vigour.”

The two also welcomed the warm ties and cooperation between Israel and Britain in a variety of areas, including security issues.

“ With regard to the treatment of coronavirus, the leaders discussed the strategy of the two countries and agreed on continuous cooperation,” said the spokesperson.

A Downing Street spokesperson said: “The Prime Minister spoke to Israeli Prime Minister Naftali Bennett today, to congratulate him on the formation of a new government and reaffirm the strength of the UK-Israel relationship.

“The leaders stressed their commitment to deepening cooperation on defence and security, as well as in technology and trade.

“They discussed the shared fight against coronavirus and welcomed the collaboration between our two countries throughout the pandemic, including exchanges between medical experts and data-sharing on vaccines.

“The Prime Minister raised the importance of working together to tackle climate change, and hoped that Prime Minister Bennett would be able to attend the UK-hosted COP26 summit in November.”