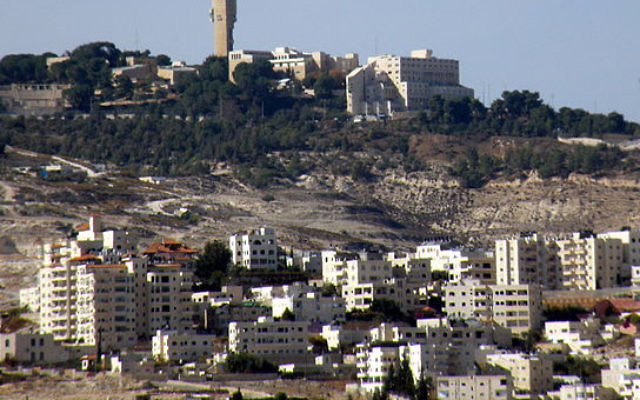 A settlement in the West Bank

Following a raucous debate, the Israeli Knesset passed the preliminary reading of a controversial bill that would help legalise West Bank outposts built on Palestinian land.

The measure, known as the Regulation Bill, advanced Monday in a 60-49 vote. It must pass three additional votes to be enacted and may be modified during the process.

Attorney General Avichai Mandelblit has said the legislation violates international law and he could not defend it before Israel’s Supreme Court.

According to the settlement watchdog group Peace Now, the bill could legalise 55 outposts and 4,000 housing units in the West Bank, The Times of Israel reported.

The bill would allow the Israeli government to recognise construction built with government assistance and in good faith — meaning those who built outposts were not aware they were building on private land. If the original owners of the land are known, they would be eligible to receive financial compensation for their land from the government.

The original intent of the measure was to legalise the small but contentious settlement outpost of Amona, which the Supreme Court has ruled must be razed by Dec. 25. But the version advanced by the Knesset offers a path to recognise other West Bank settlements.

Under the bill, settlement residents would have usage rights of the land but not ownership, according to Haaretz.

During the debate, opposition lawmakers shouted and tore up copies of the legislation. Opposition leader Chaim Herzog, who heads the Zionist Union bloc, called its passage “a dark day for the Knesset” and slammed the measure as “national suicide.”

Education Minister Naftali Bennett, who represents the pro-settlement Jewish Home party, praised the bill as a step toward annexing the West Bank, according to The Times of Israel.