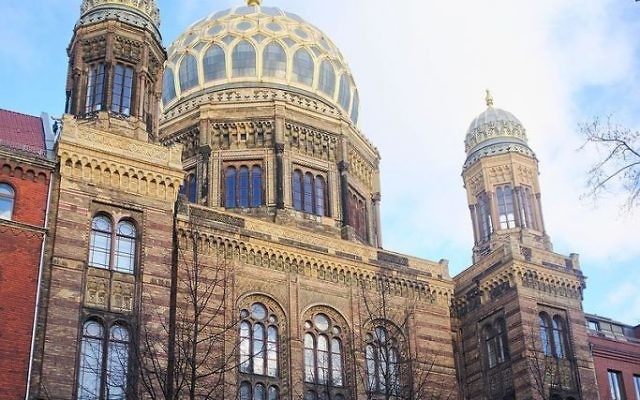 With anti-Semitic incidents reportedly on the rise in Berlin, Jewish leaders in the German capital are renewing their call for an official federal commissioner to deal with the problem.

The Berlin-based Research and Information Office on Anti-Semitism, founded in 2015, reported Monday that the number of anti-Semitic incidents in Germany’s capital has risen by 16 percent in 2016 over the previous year. Most incidents were non-violent, but nonetheless threatening.

The increase has prompted renewed calls for a permanent federal commissioner, to help ensure that the government won’t drop the ball when it comes to fighting anti-Jewish hate, Deidre Berger, head of the American Jewish Committee office in Berlin, said in a statement Monday.

She noted that people tell her they are increasingly fearful to be recognised as Jews in public. In many cases, authors of threats hide behind the anonymity of the Internet, creating a general atmosphere of angst, Berger noted.

That hate must be countered whatever its source, Josef Schuster, head of the Central Council of Jews in Germany, said in a recent address to the State Parliament in Lower Saxony.

Schuster, who also has called for the establishment of a federal commissioner, said it was more important than ever for civil society and political leaders to oppose anti-Semitism and right-wing extremism, especially since the German Supreme Court recently decided it did not have enough evidence to ban a notorious far-right extremist political party.

“Initiatives against the far-right need our ideological and financial support,” and anti-Jewish sentiments among Muslims must also be countered with vigor, Schuster told state legislators, while emphasising that “the Jewish community rejects all forms of anti-Islam hate.”

According to the Research and Information Office on Anti-Semitism report, a total of 470 anti-Semitic incidents were reported in Berlin in 2016, including 7 physical attacks, 18 verbal threats, 53 cases of damage to Jewish-owned property or Holocaust memorial sites, as well as 382 cases of harmful behavior.  Of the latter, 152 were cases of Internet threats against Jews or Jewish institutions. Another 150 cases of anti-Semitic propaganda, graffiti and threatening letters were reported. There were no cases of extreme violence reported to RIAS last year.