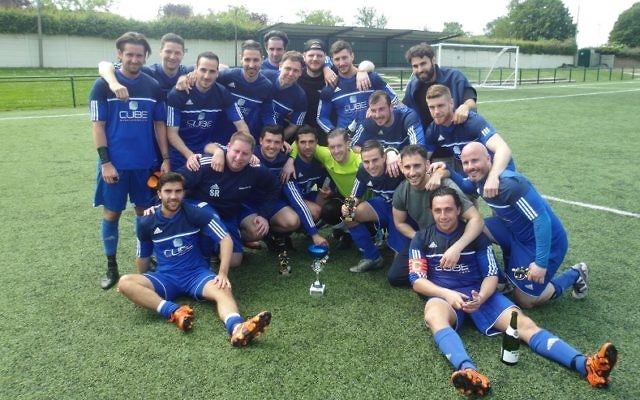 In what was an average performance from Sam Rank’s side, the match was moved from Chase Lodge to Hertswood, to ensure the game would go ahead.

The match was dominated by the RJC B team, who had a majority of possession, however at times found it difficult to break down a well drilled Bilbaum side on a narrow Hertswood pitch.

The deadlock was finally broken when a good move, as they moved the ball quicker, and the ball was fed to Brad Gayer, who put in a pin-point cross field pass to Matt Berkley, who controlled superbly in the pentameter area and finished confidentially from 12 yards out, to give RJC B a 1-0 lead. The visitors were putting on the pressure, but decision making in the final third was not great, and final ball was poor at times.

Just before the half-time whistle, RJC B doubled their lead, with the same combination linking up of Gayer and Berkley, with another finish from the latter doubling the advantage.

The rest of the game followed a similar pattern, but wasteful finishing, especially from corners, meant the score remained 2-0, with the RJC B goalkeeper Scott Shear was mainly a spectator during the game.

Rank said: “Our objective before the game was three points and this was achieved. We go into a mini break where we can get some injured players back and improve more on our quest for the Division One title.

“Athletic Bilbuam team are all nice boys, and you can see with their work rate why they took a point of Lions this season. If they get a couple of wins together, I’m sure they will stay in the division.”