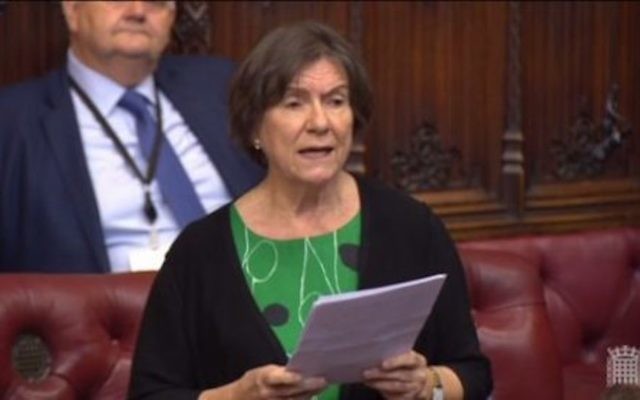 The organisers of a campaign for an apology from Britain for the Balfour Declaration have listed three politicians who have been suspended from their parties as key supporters.

In a letter from the Palestinian Return Centre, supporters were told that Baroness Jenny Tonge, Lib Dem councillor David Ward and Lord Nazir Ahmed were among the campaign’s leading lights.

Earlier this year, Tonge admitted she had gone “over-the-top” in a past comment about how pro-Israel groups had the West in their “financial grips”, and in 2012 was forced to resign the Lib Dem whip after claiming the State of Israel was “not going to be there forever”. She finally quit the party last year.

Labour’s Lord Ahmed, another anti-Israel peer, was suspended in 2013 for appearing to blame a ‘Jewish conspiracy’ for his prison sentence following a fatal motorway crash. In the same year, former Lib Dem MP David Ward – now a councillor in Bradford – was suspended for likening Israeli policy to that of the Nazis in a message he left on Holocaust Memorial Day. 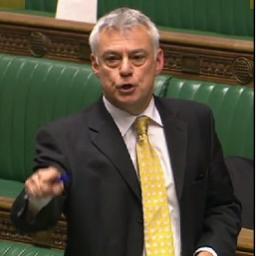 The trio are fronting the Balfour Apology Campaign, led by the London-based Palestinian Return Centre, which is seeking an official apology from the British government for issuing the Declaration “which has caused so much damage”.

In the letter, spokeswoman Roua Naboulsi said Balfour’s support “ignored the indigenous Palestinians who comprised 90 percent of the population and the promises made by the British to the Arabs that they would finally grant them self-determination in their own land”.

She added: “We already have the support of figures such as Lord Nazir Ahmed, Baroness Jenny Tonge, Ahdaf Soueif, David Hearst, Dr. Salman Abu Sitta, Roger Godsiff and David Ward. We hope that you will consider adding yours to this list.”

Simon Johnson, chief executive of the Jewish Leadership Council, said it was “a ridiculous argument” and “a futile and hate-filled campaign”.

He added: “What they are doing is asking for an apology for issuing a non-binding statement of commitment that was the first step towards the establishment of a Jewish homeland. That is as close to denying the right of Israel to exist as I can think of, and should be called out as anti-Semitic.”