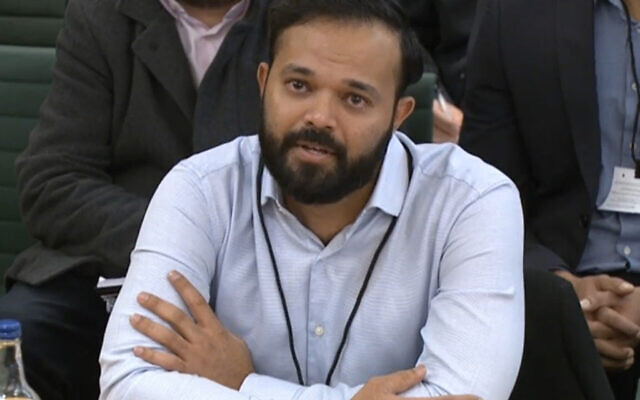 Screen grab from Parliament TV of former cricketer Azeem Rafiq crying as he gives evidence at the inquiry into racism he suffered at Yorkshire County Cricket Club, at the Digital, Culture, Media and Sport (DCMS) committee on sport governance at Portcullis House in London. Picture date: Tuesday November 16, 2021.

In a statement posted on social media he said sorry for language used in an exchange with another former player, Ateeq Javid, for which he has “absolutely no excuse for”. In a statement to Jewish News, the England and Wales Cricket Board said it would “investigate accordingly”.

This comes after Rafiq gave harrowing testimony during a digital, culture, media and sport select committee this week, accusing English cricket of being ‘institutionally racist’. He highlighted the frequent use of the p-word by his former team mates, and called his treatment by Yorkshire after his child was stillborn, “inhuman”.

The Times revealed an exchange between Rafiq and the former Warwickshire pro Ateeq Javid, in which he says another colleague is “a Jew” because they were reluctant to spend money. In another comment Rafiq claimed he will “probs go after my 2nds again ha . . . Only Jews do that sort of shit”.

Following the revelation, he posted an apology on social media, saying: “I was sent an image of this exchange from early 2011 today. I have gone back to check my account and it is me – I have absolutely no excuses. I am ashamed of this exchange and have now deleted it so as not to cause further offence. I was 19 at the time and I hope and believe I am a different person today. I am incredibly angry at myself and I apologise to the Jewish community and everyone who is rightly offended by this”.

Earlier this month, Yorkshire’s former captain and current head coach was suspended by the club, after Jewish News revealed he had used the y-word in a social media post.

A spokesperson for the England and Wales Cricket Board said:  “We strongly condemn any form of discrimination. We have procedures in place to address conduct and allegations of this nature and we will investigate accordingly. We want cricket to be an inclusive, welcoming game for everyone.”

Board of Deputies President Marie van der Zyl said: “Azeem Rafiq has suffered terribly at the hands of racists in cricket so he will well understand the hurt this exchange will cause to Jews who have supported him.

His apology certainly seems heartfelt and we have no reason to believe he is not completely sincere.”

The Community Security Trust said: “The anti-Jewish slurs used by Azeem Rafiq ten years ago are appalling, and sadly very common. To his credit, Rafiq has apologised fully and without any qualification.

“He has done a great deal of good to expose racism in the sport he loves and we hope he will be open to learning more about anti-Jewish racism as well.”

Warwickshire chairman Mark McCafferty told the PA news agency in a statement: “We are aware of the messages exchanged by Azeem Rafiq and former Warwickshire player Ateeq Javid in 2011. 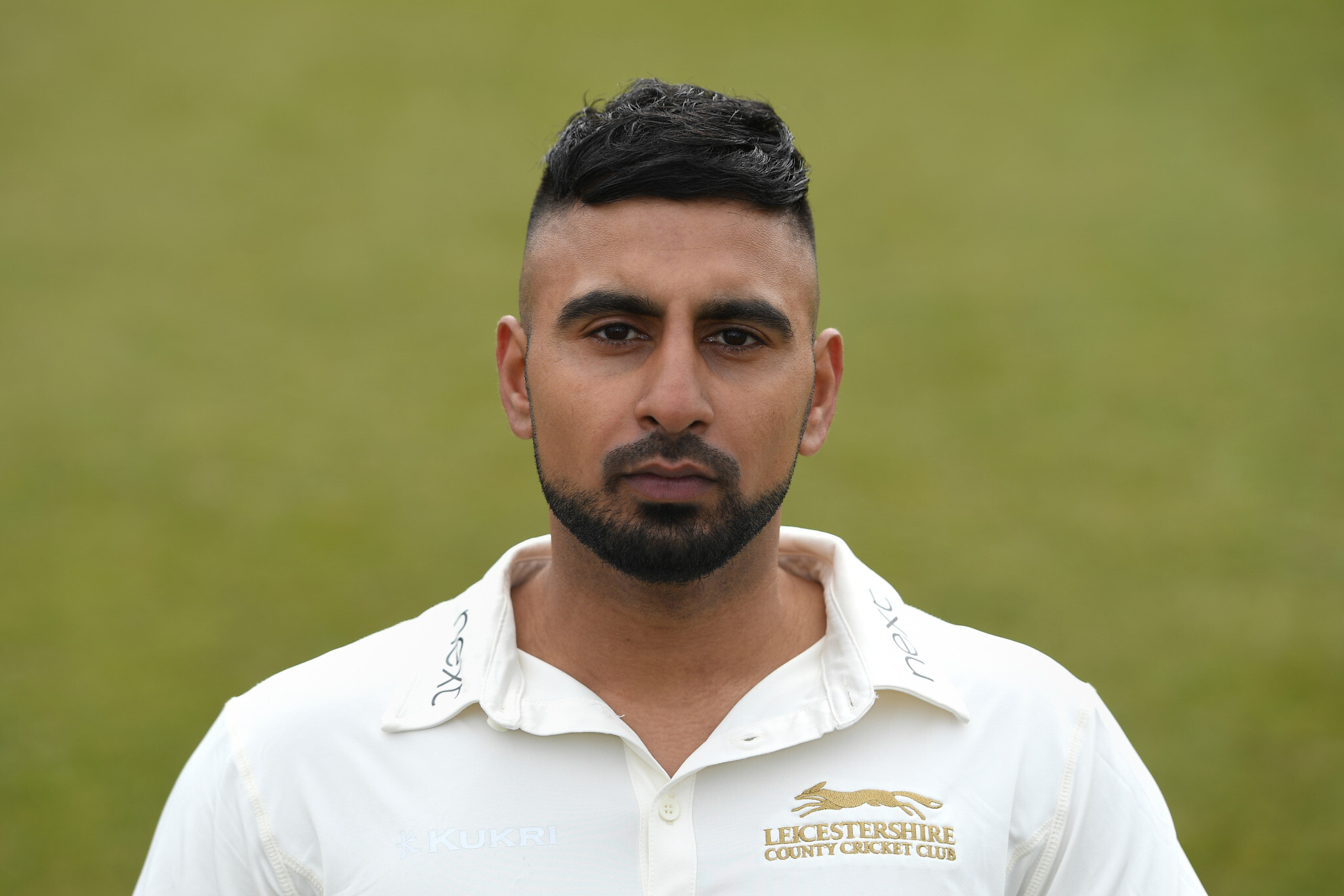 “Warwickshire CCC is deeply concerned by comments that have been used in this reported exchange. Whilst Ateeq left Warwickshire in 2017, he still has close connections with the club and within our local community.

“We have already spoken briefly with Ateeq and will have a more detailed conversation to understand the nature of the exchange and how he or anyone else at Warwickshire became involved.

“Warwickshire CCC is determined to reflect the communities that we serve at every level, with Edgbaston being a safe and welcoming place for all. We will not let anything that’s taken place at the club, past or present, detract from this.”