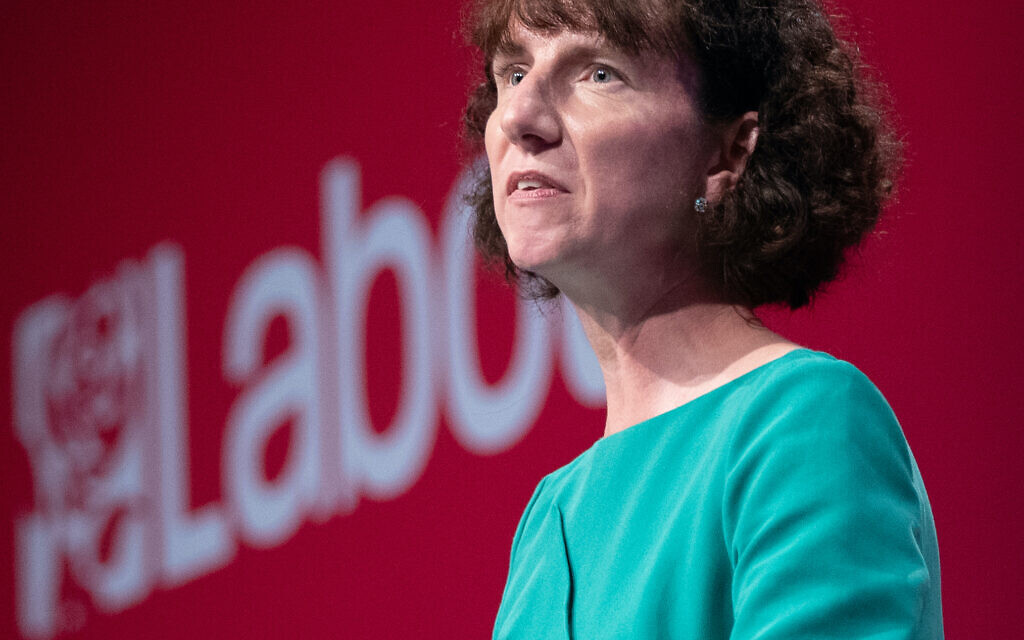 Labour chair Anneliese Dodds has revealed she has spent “many months” working with Jewish stakeholders on new antisemitism complaints procedures “so everyone can feel safe in our party.”

She told Jewish News: “It will be the most robust, transparent complaints process of any political party we know of in Europe.”

Speaking after Labour conference approved the new independent processes on Sunday, the MP said the advice of Jewish communal leaders and legal experts had proved vital in putting the new procedures in place.

Dodds confirmed that the new independent disciplinary measures would be put in place next January, in line with recommendations made by the Equalities and Human Rights Commission.

Jewish News understands that representatives from the Board of Deputies, Jewish Leadership Council and the Community Security Trust have been amongst those groups to have worked with Labour on the new processes.

“It is really important that our house is in order, that we stamp out antisemitism wherever it rears its ugly head,” the Shadow Secretary of State for Women and Equalities said.

“The work with representatives of the Jewish community has been going on for many months to ensure that we do have a robust process in place.

“I want to thank Jewish stakeholders who have been working with us, along with the legal experts who have worked on this issue.”

Dodds says she was pleased with the constructive nature of the debate inside Labour conference on the issue, which is also aimed at combating  Islamophobia, anti-Black racism and any form of prejudice.

The former shadow chancellor said the new complaints system would be “quite different to what we have currently.”

Labour, she said, had taken on board the EHRC’s recommendation that the party “never again have a politicised process” – a regular criticism of the Corbyn era.

“Every single initial determination by a panel of the NEC will be subject to independent review by an independent lawyer,” added Dodds.

“They will assess it against Equalities Law and the Labour Party rule book. In every case that independent lawyer will decide whether to veto or verify a decision.”

Dodds said that a respondent will also be able to appeal any decisions – against with new panel, consisting of an HR Expert, lawyer and lay party offical, making a determination on the decision.

This is what could trigger the IRP (Independent Review Panel)  process.

“There will be much more transparency around the process,” she added. “It really is an enormous leap forward.”

Dodds said the party were working on finalising other aspects, including preventing indefinite numbers of the same complaint, ahead of the system’s launch next January.

The party’s chair said she had “engaged” with some of those who had expressed concerns with technical aspects of the new system.

Dodds said she feels their concerns are “misplaced.”