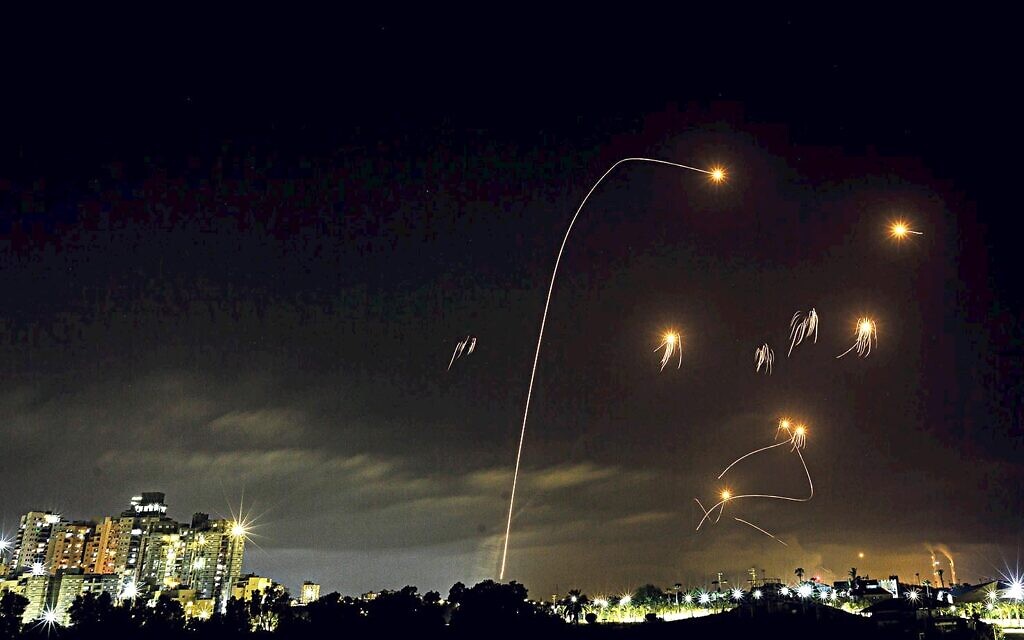 A long exposure picture shows iron dome anti-missile system fires interception missiles as rockets fired from the Gaza Strip to Israel, as it seen from the southern Israeli city of Ashkelon, May 10, 2021. Photo by Edi Israel/Flash90

During the height of the Syrian civil war, Israel kept a low profile. Its policy was shaped by a fundamental decision not to be drawn into the war and to limit its responses and actions to direct challenges to Israel, to the interdiction of the transfer of advanced weapons from Iran and Syria to Hezbollah in Lebanon, and to curtailing Hezbollah’s efforts to install itself in southern Syria and build one long front from the Mediterranean to the Syrian Golan.

This phase ended after December 2016 following the victory of Bashar al-Assad and his supporters, Russia and Iran, over the opposition.

In the aftermath of this victory, Iran’s policy of saving the Assad regime was transformed into an effort to build a land bridge through Iraq and Syria to the Mediterranean and to build its own arsenal of precision guided missiles and rockets in Syria.

From 2018 to 2021, Israel has conducted a persistent campaign against this Iranian effort, which has met with partial success: Iran’s efforts in Syria were limited but not stopped. 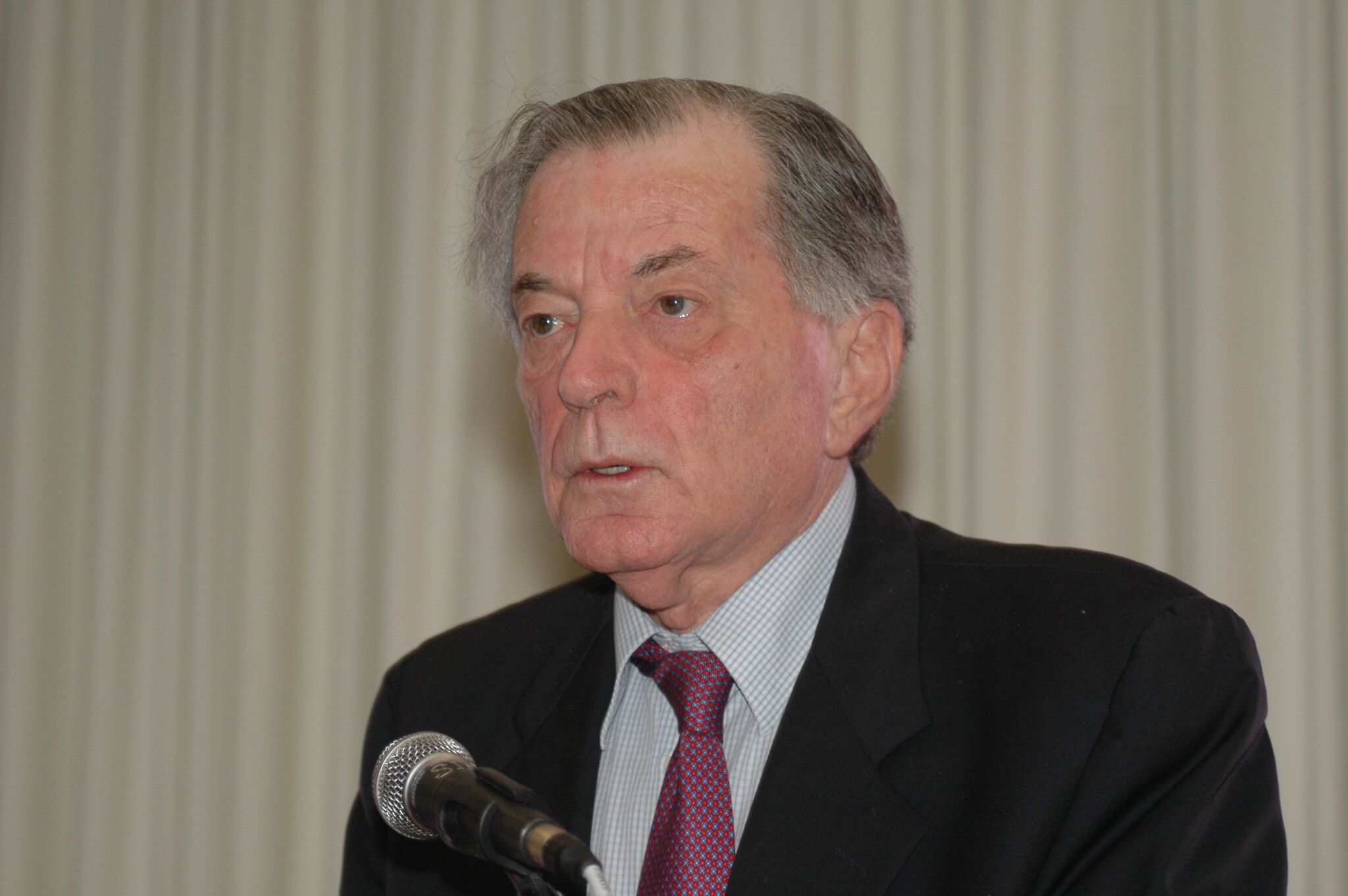 It is against this backdrop that the recent round of fighting between Israel and Hamas in Gaza took place. Iran’s intervention in Syria benefited from this round of fighting – Israel’s efforts and its Air Force were focused on the fighting in Gaza, essentially giving Iran a free hand in Syria for approximately two weeks.

There were also some pressures on Iran and Hezbollah to join the fray. After all, Hamas is their ally, it is supported by Iran and regards itself as Hezbollah’s disciple.

At the same time, neither Iran nor Hezbollah wanted to open a fully fledged front with Israel, so instead made symbolic contributions. Iran sent an armed drone from either Syria or Iraq that was shot down by the Israeli Air Force. Hezbollah allowed a small Palestinian organization to fire four rockets from south Lebanon into northern Israel.

Iran’s intervention in Syria benefited from this round of fighting – Israel’s efforts and its Air Force were focused on the fighting in Gaza, essentially giving Iran a free hand in Syria for approximately two weeks

But there is another dimension to this issue. During the past two decades, Iran has built an impressive arsenal of rockets and missiles in Lebanon, managed and occasionally operated by Hezbollah. The size of this arsenal is significant – well over a hundred thousand – but only a small part of the arsenal is composed of long-range precision-guided heavy missiles.

This arsenal is designated as a deterrent against an Israeli attack on either Iran’s nuclear installations or on Hezbollah itself. In 2006, during the “Second Lebanon War”, Israel had a taste of this arsenal’s destructive potential. Since then, the arsenal has been enlarged and improved. Iran’s major effort is invested in enhancing this arsenal further, specifically with precision-guided missiles, and trying to build its own capacity in Syria. 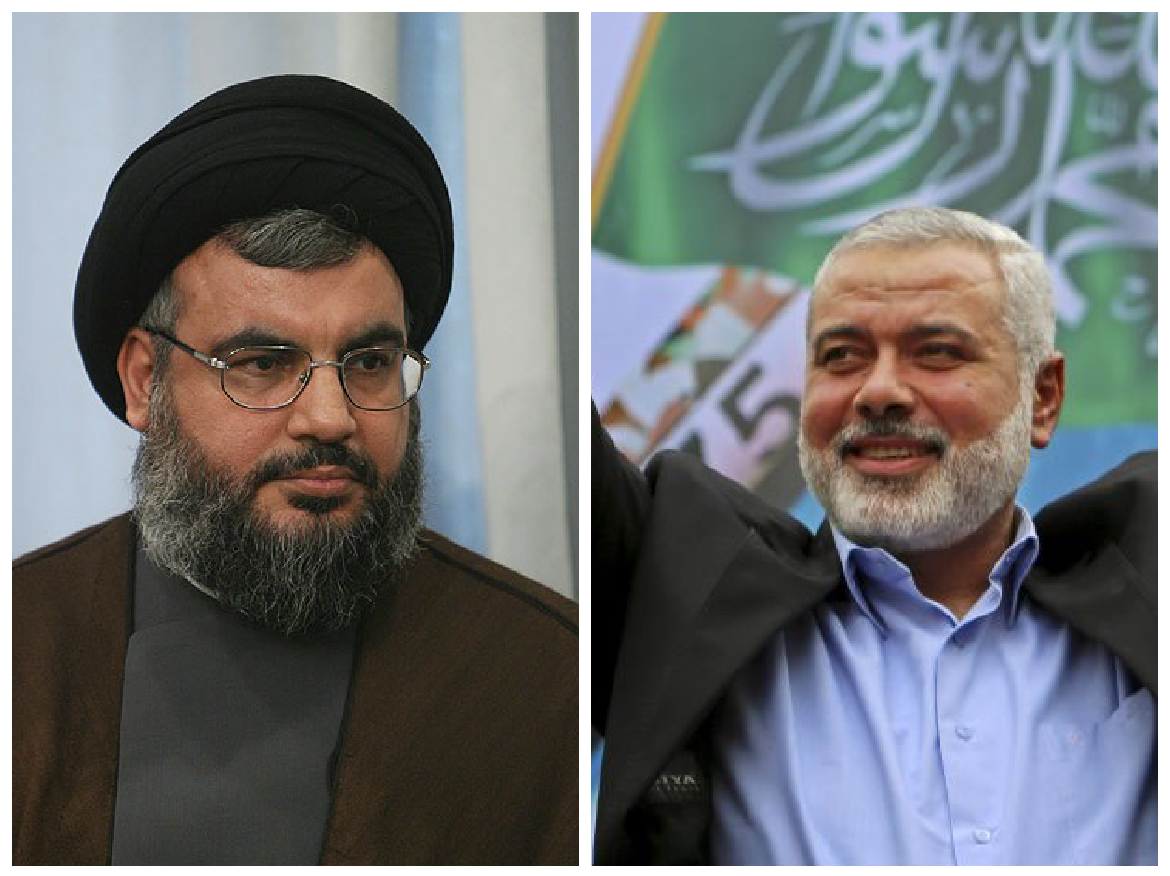 In some respects, the round of fighting between Israel and Hamas can also be seen as a dress rehearsal for a potential new round with Hezbollah. Since 2006, given the devastation caused by its confrontation with Israel, Hezbollah has been careful to avoid another war. But this could escalate at any time and, if it does, Israel would be subjected to missile attacks on its cities and essential installations.

In parallel, Israel has been building its own ability to intercept Hezbollah’s missiles. Hamas’s relatively crude rockets were largely intercepted by Israel’s Iron Dome.

A different, more sophisticated system has been developed to intercept Hezbollah’s arsenal but, in the event of another round, it is assumed that Israel would sustain significant damage before its Air Force and other units of the IDF would be able to neutralize Hezbollah’s arsenal. There is no doubt that both Iran and Hezbollah have been watching Israel’s performance against Hamas’s rockets and are drawing their own lessons.

Now that the fighting with Gaza is over, it can be expected that the Israeli-Iranian conflict in Syria will resume. One of the many challenges facing Israel’s leadership is its ability to sustain these efforts without sliding into yet another war against an adversary which possesses an even more sophisticated arsenal of missiles and rockets and other military capabilities.