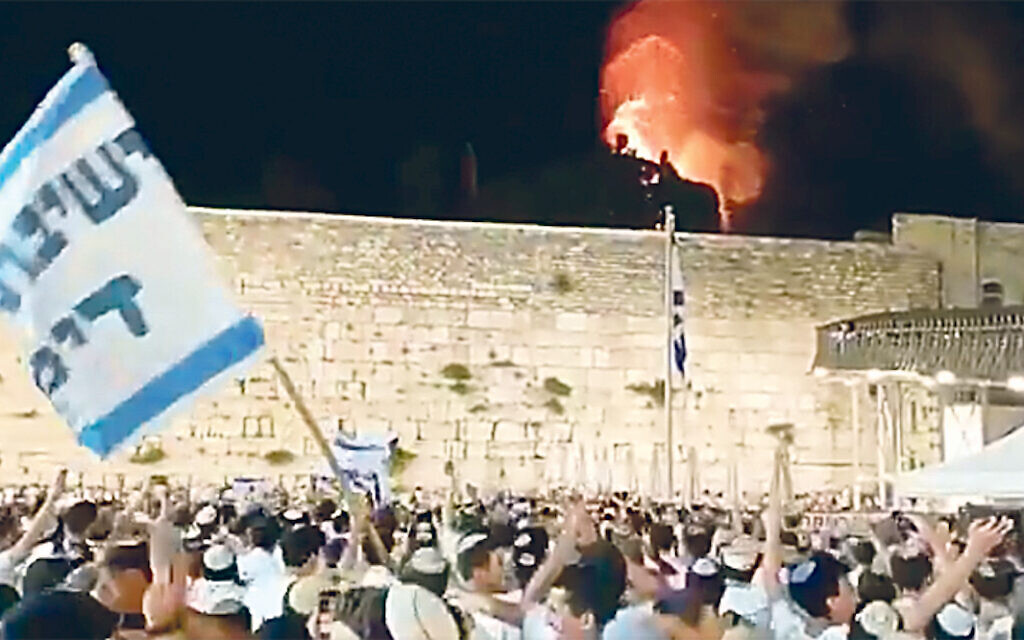 Fire raged by the al-Aqsa Mosque as Israelis danced at the Western Wall. Captured in the same frame, the image is etched on to the minds of huge numbers of Palestinians.

Many think it confirms the claim that citizens of the Jewish state have ill will towards their holy site. It’s dynamite for the cause of Palestinian radicals, almost literally, as such an image can easily inspire violence.

In reality, it was a tree that had caught fire, not any part of the mosque, and the dancing was due to Jerusalem Day, not because of the flames.

“Yes, it’s out of context, but it goes on social media with a banner saying the mosque was harmed, and this impacts people,” says Yoram Meital, head of the Chaim Herzog Center for Middle East Studies and Diplomacy at Ben-Gurion University.

Jerusalem Palestinians were on edge long before they saw this image, and long before the current violence. There is anger towards both Israel and their own leadership over the fact that Palestinian elections have been cancelled. There are political grievances, and there are deep social and economic problems.

“Life is increasingly difficult, especially since the coronavirus crisis,” says Palestinian political scientist Ghassen Khatib, a former government spokesman and currently professor at Birzeit University near Ramallah. “Unemployment is high, dropout rates from schools are at 40 percent, and there are serious issues with housing.”

But most Israelis strongly reject his reading of how this volatile population engaged in violence. He insists it is purely reactive. Israel’s actions to stop large gatherings by the Damascus Gate for part of Ramadan, the controversy surrounding Sheikh Jarrah, and the Jerusalem Day Flag March caused a Palestinian reaction that has consisted purely of raw anger, he claimed.

“This is spontaneous,” he insisted. “Political factions don’t actually have strong influence among Jerusalem Palestinians, so people are not acting in response to politicians. Most of the young people in Jerusalem aren’t politically affiliated, so this is really spontaneous.”

Meital wonders how, based on spontaneous anger alone, events became so big in just a few days. “The fact it happened in a very short span of time suggests that while the violence started as spontaneous, the politicians got to the heart of it very quickly, and it became more organised.”