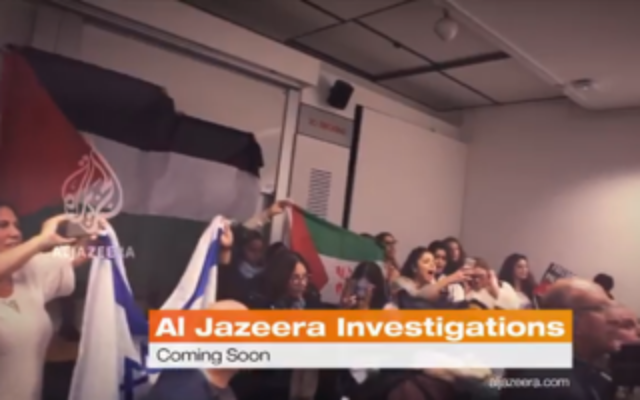 Jewish student leaders have hit back at “insidious” suggestions that they take direction from Israel, after an undercover sting operation by news group Al-Jazeera portrayed Jewish activists as Israeli puppets.

Josh Nagli, campaigns manager for the Union of Jewish Students, said “there is no plot” after a documentary – called ‘The Lobby – aired on Wednesday, citing Jewish students’ involvement in “Israel’s clandestine activities in London”.

Elsewhere, Richard Brooks, vice-president of the National Union of Students (NUS), is heard to saying he held “secret purpose meetings” with Nagli’s UJS predecessor Russell Langer, who in public affairs at the Jewish Leadership Council. Brooks said they “planned how to get good people… elected to certain places”.

Brooks, who recently went to Israel with UJS, tweeted: “Never met anyone from Israeli gov’t, not part of any conspiracy,” adding that he did not see eye-to-eye with NUS president Malia Bouatta. “It’s not a shock or an exposé that I politically organise against what I think to be an ineffectual and damaging presidency,” he said.

He was joined in indignation by Nagli, who wrote: “The insidious suggestion that Jewish students, or Jews in Britain more broadly, slavishly support specific government policies or actions, conspire with or direction from Israeli officials, is grossly offensive.”

Jewish students at Oxford University also reacted angrily after the documentary suggested “no evidence” of anti-Semitism at the university’s Labour Club (OULC), which formed the subject of an inquiry by Baroness Royall after a co-chair resigned last year saying members had “some kind of problem with Jews”.

In a statement, Oxford’s Jewish Society said Al-Jazeera’s video was “another disgusting attempt to silence the victims of racist abuse… Baroness Royall found that anti-Semitic incidents did occur. This was excluded from the Al-Jazeera report.” 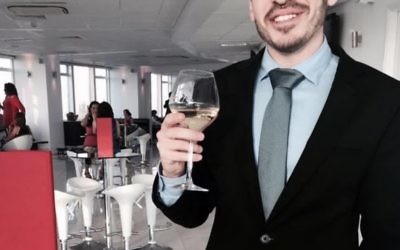 The latest furore surrounds the UK activities of Shai Masot, who worked through the Israeli Embassy in London, and who has now returned to Israel. He described himself as a senior political advisor, said he helped establish “independent” pro-Israel groups, and spoke of “taking down” MPs supportive of Palestinian rights, including Foreign and Commonwealth Office Minister Alan Duncan.

Israeli Ambassador Mark Regev was forced to apologise for Masot’s comments, a spokesman calling them “unacceptable,” but Tory chairman of the Foreign Affairs Select Committee Crispin Blunt said it was “outrageous”.

Asked about the affair in the House of Commons on Tuesday, Foreign Secretary Boris Johnson said Masot’s “cover can be said to have been well and truly blown, and I think we should consider the matter closed”.

Another figure to have been covertly recorded is Ella Rose, a former UJS president and now the director of Jewish Labour Movement, who says she “worked with Shai.”