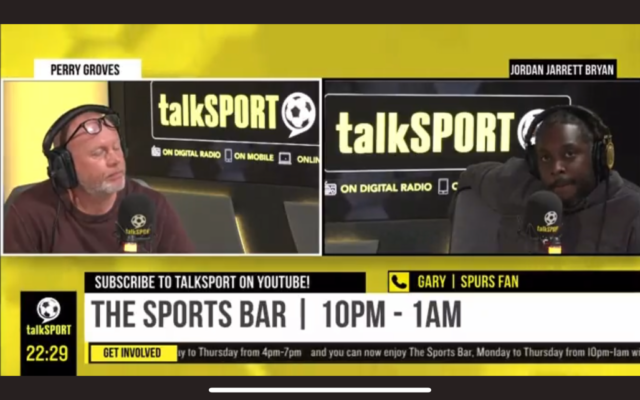 The broadcast regulator Ofcom should be handed “preparatory powers” so that it can begin to monitor online content, a leading Conservative MP has said.

Andrew Percy – co-chair of the All Party Parliamentary Group on Antisemitism – made his plea in the wake of last week’s TalkSport “Jew” comment scandal.

In a discussion about Harry Kane’s future at Spurs a caller to the radio station said of chairman Daniel Levy: “He’s a Jew, he’s not going to let him go for nothing, is he?”

Footage of the incident was broadcast on the TalkSport You Tube site – but was “dumped” from the live radio show as a result of a seven-second delay system.

An Ofcom spokesperson told Jewish News on Thursday that the incident was being “assessed” as a “matter of urgency.”

But a senior source at Ofcom has now admitted the regulator is “unlikely” to be able to take any action – because under current laws they do not have the powers to monitor online platforms.

“We need regulation now,” said Percy, the MP for Brigg and Goole, who is himself Jewish.

“We would not accept this type of get out of jail free card for racism anywhere else.

“We have the prospect of the Online Safety Bill on the horizon.

“We need to make haste and get this onto the statute books as early as possible.

“We should be giving Ofcom preparatory powers so that it can get moving as the online regulator and we need to ensure that the Bill itself does what is needed.”

Oliver Dowden, the Digital and Culture Secretary, has promised that the social media giants will “feel the fire” if they alllow hate speech broadcasts as a result of the government’s Online Harms legislation.

Despite the minister’s tough-talk, the final legislation may not arrive until 2023.

Assessing the current situation, Percy said:”There is no regulator, no Broadcasting Code, and ultimately there has been no penalty for YouTube for facilitating the dissemination of anti-Jewish racism.

“For all their challenges in this area, at least TalkSport acknowledged the issue and is seeking to address it, having stalled its livestream effort to improve its systems.”

Percy said that when it arrives, the Online Harms legislation much achieve several things.

“The regulation must be systems based,” he said.

“We want attention at the earliest stages to the technology upstream which prevents illegality and hate being spread in content downstream.

“I will be making the case that fines alone are not enough, and we should not reserve powers to hold individuals accountable for large failures, we need them in the Bill at the start.

“Finally, I share the view of some other parliamentarians that we may want to look again at how we register such entities in the UK, and whether we would like them to be licenced corporations here at home, with all the accompanying responsibilities.”