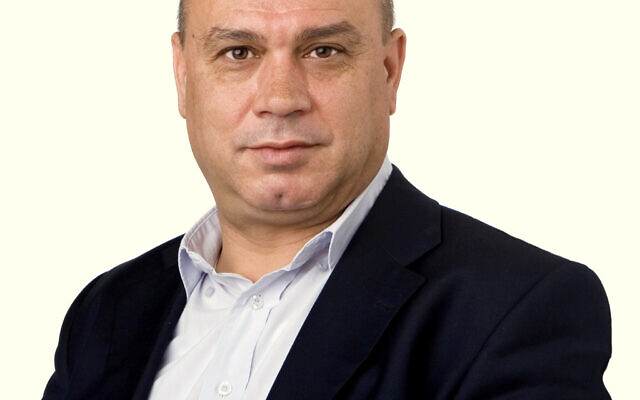 Tensions between Arabs and Jews in Israel will fall significantly if attempts to build a new non-Netanyahu government succeeds, a leading Arab politician has said.

Issawi Frej of the Meretz party has spent recent weeks trying to calm tensions in mixed cities as riots raged.

“From the first night I was urging people to calm things, in interviews and on social media” he said.

He told Jewish News that coalition talks may yield a government that will not only rebuild relationships, but improve them significantly — ideally with him taking a post as a minister.

He spoke this week soon after the Yesh Atid party, whose leader Yair Lapid has until next Wednesday to build a government, announced that Meretz and Labour have agreed to join. This means that Lapid now needs to try to secure the support of other parties.

Frej was cautiously optimistic about the chances of success, both in the formation of a government and how it may improve Israel’s social fabric.

This was despite the fact that a coalition would be likely to involve his left-wing party sitting with the right-wing Yamina faction of Naftali Bennett.

Ideological frictions between them can be overcome, he said, and advances can be made for the good of society.

“I know the reality of the relationship between Jews and Arabs,” he commented, stressing that he does not have rose-tinted glasses and knows how deep tensions can cut.

“But the reality is that we’re all going to be staying here and we need solutions for living together in this complicated reality.”

Frej expressed confidence that kingmaker Mansour Abbas of the Raam party, who is needed if the current coalition-building attempts are to bear fruit, will sign up by the deadline on Wednesday.

“We need to be a majority, we need to wait for Abbas,” he said. “I believe he’s in already.”

As well as calling for calm during the thick of the recent street violence Frej, whose party includes Jews and Arabs, paid an emotional visit to a bereaved Jewish family.

He went to the shiva for Yigal Yehoshua, 56, who was killed by an Arab mob in the city of Lod.

“I offered condolences, and they accepted me,” Frej said. “The family was very welcoming. They are victims and I tried to show them love, and to show that we all support them and that only a minority does these things, and the rest shun them.”

He heard the story of how one of Yehoshua’s kidneys was transplanted to an Arab woman, and discussed this as an emblem of coexistence.

He said that a government that includes both Meretz and Abbas’ party would give better Arab representation — and gave rare praise to Netanyahu for opening up this possibility.

It was Netanyahu who first tried to court Abbas as a coalition partner, moving the unspoken taboo from including an Arab party in coalition talks.

“Benjamin Netanyahu did two good things,” he said. One was to manage COVID-19, and we now have new life after COVID. The second thing is that he gave legitimacy to [political representation of] Arab citizens in Israel via Abbas.

“It’s funny that he has given legitimacy. It means Abbas can now be a member of of the coalition, and both Bennett and [the right-wing] Gideon Saar will accept this.”