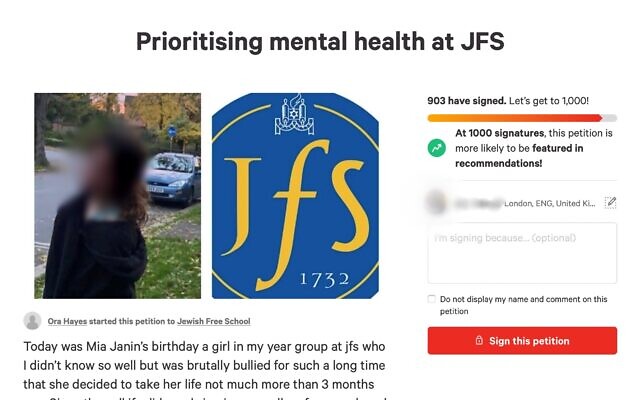 A petition calling on JFS to prioritise mental health in the wake of three student suicides in five years has more than doubled in signatures in 24 hours, representing almost half the student population.

More than 900 people have so far backed the plea for more support, launched on Monday, the day marking the birthday of a female Year 10 pupil who tragically died in March.

The call for action was made following the shock resignation of headteacher Rachel Fink and the appointment of Sir Michael Wilshaw, ex-chief inspector of schools for Ofsted.

After the announcement an emergency meeting of the school’s chair of Governors was held on Monday, with the Kenton-based school of more than 2,000 students acknowledging in a letter to parents that the sudden change may “cause concern”, but that it had “full confidence” in its staff.

Petition creator Ora Hayes, a Year 10 pupil at the school, claims the most recent tragedy occurred after a female student was “brutally bullied for such a long time.” 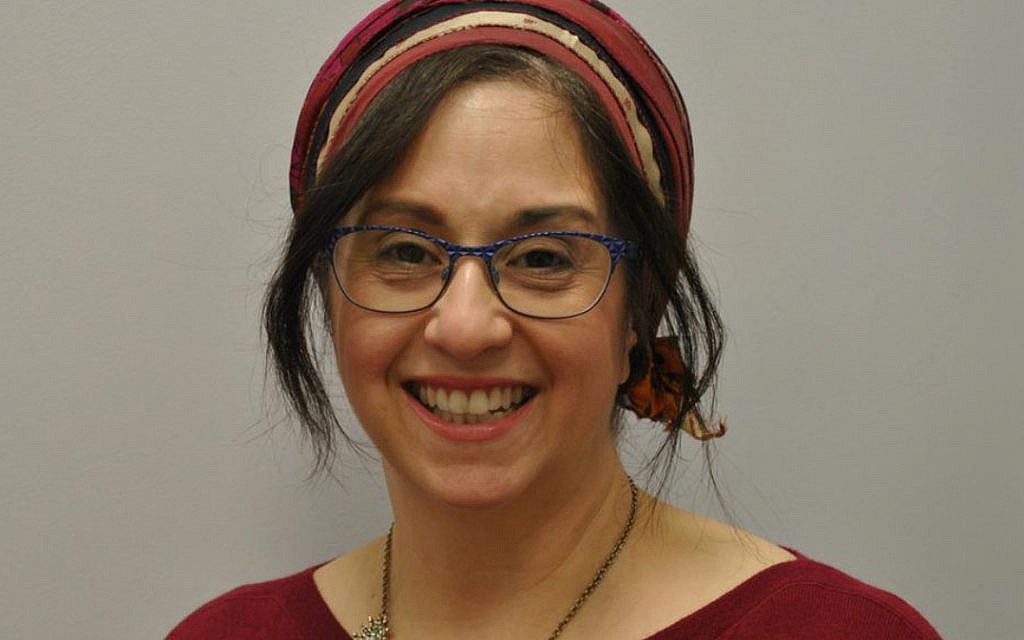 She wrote: “Since then all JFS did was bring in counsellors for a week and then leave us to our own devices.

“Today not once did they mention her or bullying or prioritising mental health, but acting like the school will become a military site where all they care about is behaviour, punctuality and uniform.

“It needs to be known that JFS had not taken any accountability for their role in this tragic incident.. that they have not done anything to further support anybody and they claim they want their students to feel safe.”

Urging her peers to sign the petition, which received 359 signatories in under 24 hours, and is now approaching 1,000; she said she wants students to feel “like they do not have to be scared to go to school.”

One signatory wrote: “Education, behaviour and discipline are important but they cannot improve without first addressing the deeper, more important issues.”

Another said: “Mental wellbeing, especially in these tough times is paramount for our young people.”

One concerned parent told Jewish News: “When Rachel Fink came into the school her priority appeared to be to prioritise better mental health and wellbeing. Whatever has happened, I must say that as a parent of an anxious child who really struggled to settle in at JFS, there certainly appeared to have been a shift in attitude. Nevertheless, it is a huge school and we as parents have very little awareness of what has been going on behind the scenes.

“It has been an extremely challenging year for all school children, but the tragic events of what happened in March have had a profound impact on the JFS students, as well as the entire school community.

“Of course discipline is important, but the new leadership must be mindful of what our kids have been through and ensure that positive attitudes towards good mental health continue.”