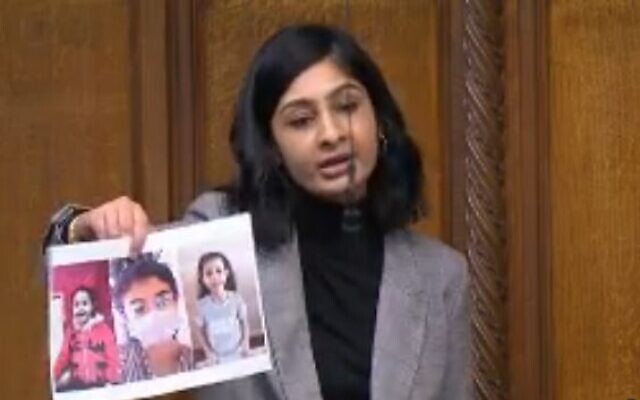 An event advertised for next week’s pro-Jeremy Corbyn The World Transformed festival in Brighton is falsely making the claim that “thousands” of Palestinians were killed by Israeli airstrikes in Gaza last May.

Labour MP Zarah Sultana is listed as being amongst the speakers at the Youth Rising For Palestine event next Tuesday, which being backed by the Young Labour organisation and the Palestinian Solidarity Campaign.

Alongside the hugely inflated death toll resulting from the latest conflict between Israel and Hamas, an advert for the event also makes the claim that “the British political establishment seeks to suppress Palestinian voices and those acting in solidarity with them.”

The World Transformed was an event set up under Corbyn’s leadership of Labour to coincide with the party’s annual conference.

While hugely supportive of Corbyn when he led the party, TWT is now openly hostile to current leader Keir Starmer.

Next Tuesday’s meeting, at Friends Meeting House, is promoted with the text:”May 2021 saw thousands of Palestinians killed by Israeli air strikes in the Gaza strip, in the wake of a wave of protests against violent evictions in Sheikh Jarrah and across occupied Palestine. 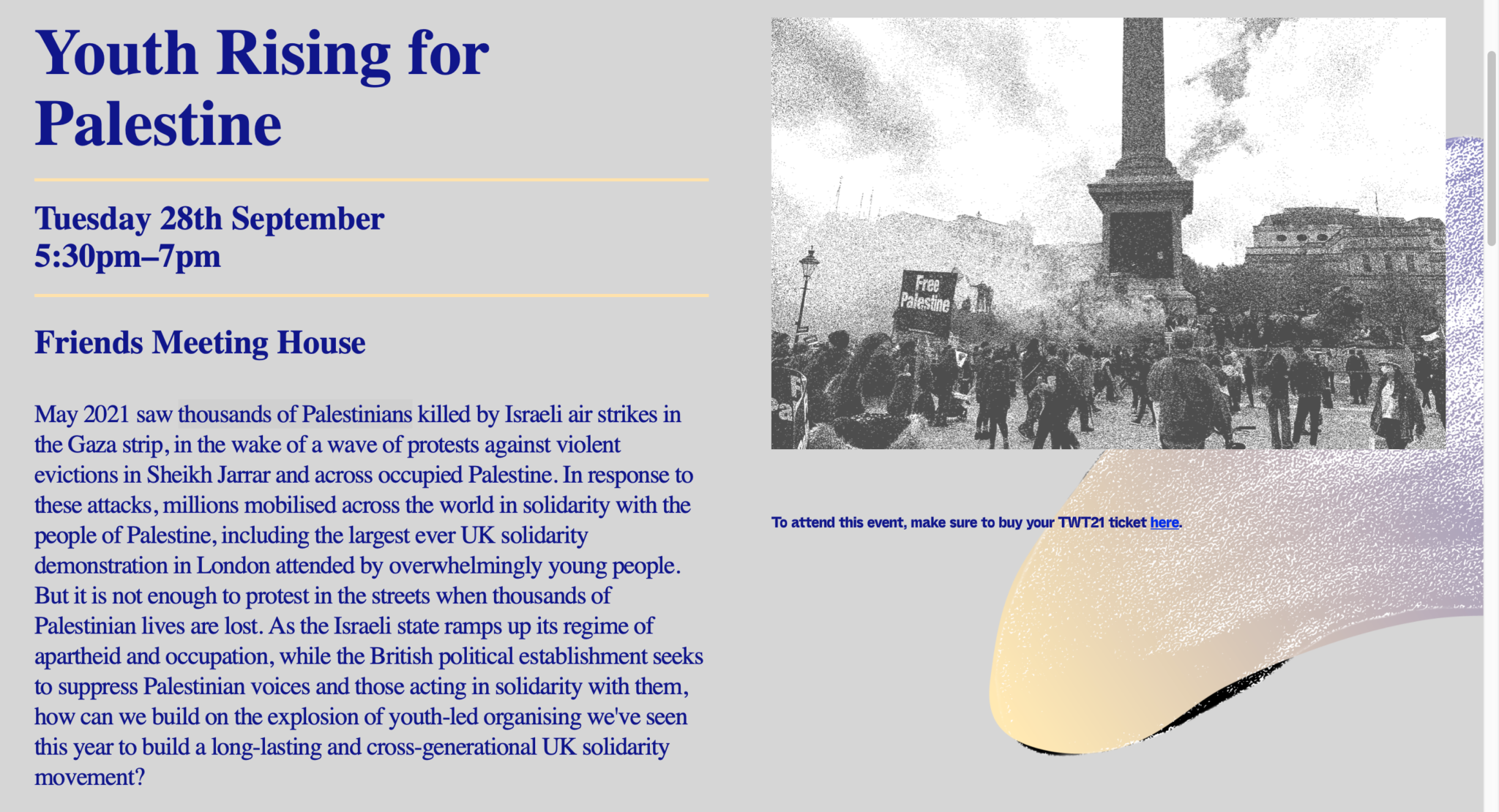 Screenshot of the event’s page, claiming thousands were killed in airstrikes

“In response to these attacks, millions mobilised across the world in solidarity with the people of Palestine, including the largest ever UK solidarity demonstration in London attended by overwhelmingly young people.

“But it is not enough to protest in the streets when thousands of Palestinian lives are lost.

“As the Israeli state ramps up its regime of apartheid and occupation, while the British political establishment seeks to suppress Palestinian voices and those acting in solidarity with them, how can we build on the explosion of youth-led organising we’ve seen this year to build a long-lasting and cross-generational UK solidarity movement?”

During the latest eruption of violence between Israel and Hamas in May, official figures suggested around 250 people were killed, the vast majority of them Palestinians, including children.

There has long been an issue with attempts to inflate the number of deaths caused by Israeli military strikes against Palestinians.

Jewish News has approached TWT for comment over the literature promoting next Tuesday’s event.