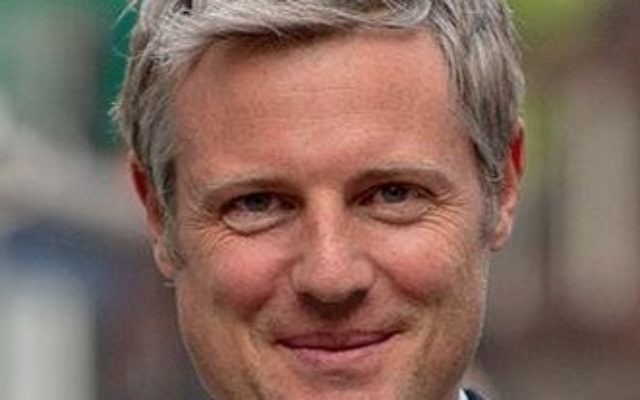 In a wide-ranging interview with Jewish News, the Conservative candidate for London mayor criticised the response to the ugly incident at King’s College University on Tuesday, when a talk by former Shin Bet Chief Ami Ayalon was violently sabotaged.

He said the attack, which saw chairs hurled, a window smashed and the event co-host allegedly assaulted, was led by demonstrators who “weren’t just saying ugly things but they were doing ugly things. They very clearly crossed the line.”

“It worries me that no one has to my knowledge been arrested or charged by the police”, he added.

Goldsmith also spoke about the importance of security for the Jewish community and his Labour rival, Sadiq Khan.

The MP for Richmond Park and North Kingston thinks “the job of the next mayor is to deal with those anxieties by removing the threat” which he claimed “comes down to policing.”

He’d make sure “the police have a zero tolerance approach to anything frankly that undermines the security of a particular community, like the Jewish community.”

In an apparent dig at his Labour rival, Sadiq Khan, he said “the police require funding and support from central government”, but Khan “doesn’t talk to people outside of his own political party”.

Being the Mayor “requires you to build bridges to transcend politics in a way that he is simply not equipped to do.”

Although not Jewish, Goldsmith has been targeted by anti-Semitic abusers previously, due to Jewish family heritage. He spoke about challenging anti-Semtism particularly online, claiming there has been a “revolution in social media recently which has given anyone who wants one, a platform to mouth off in whatever way they chose.”

I think that it’s not a cause of an increased anti-Semitism but it’s certainly made anti-Semitism more visible, and that’s an issue.”

On the issue of Jewish faith schools, Goldsmith said: “I don’t object to the Government’s policy, of requiring educational centres outside of the normal school environment to register.”

He added, authorities should only attempt to “meddle, where what is happening inside.. risks fuelling extremism, risks putting other people’s lives.”