Two Muslim YouTubers have been accused of a “direct and deliberate act of incitement” after confronting Jewish people in Golders Green about Israel and Palestine, last Saturday.

Mohammed Hijab and Ali Dawah, who have a million subscribers on YouTube between them, shared videos of themselves asking Jewish people to condemn Israel’s actions on Golders Green Road during the Jewish sabbath.

In Hijab’s video, Pro-Israeli Makes Chilling Comments, he is pictured next to a van displaying messages relating to the Israeli-Palestinian conflict, as well as messages invoking the Shoah.

One said: “Did we not learn from the Holocaust?”, against the backdrop of survivors standing behind barbed wire.

In Dawah’s video, ‘Muslims confront radical Israelis – police called’, he is seen following visibly Jewish people, including with children, and asking them if they condemn what Israel does.

The two clips, which have been viewed almost 300,000 times, feature several police officers, who were called amid the confrontations.

A spokesperson for the Community Security Trust said the filming was “reported to us in real time on Shabbat and we responded to it as part of our security operation that day. 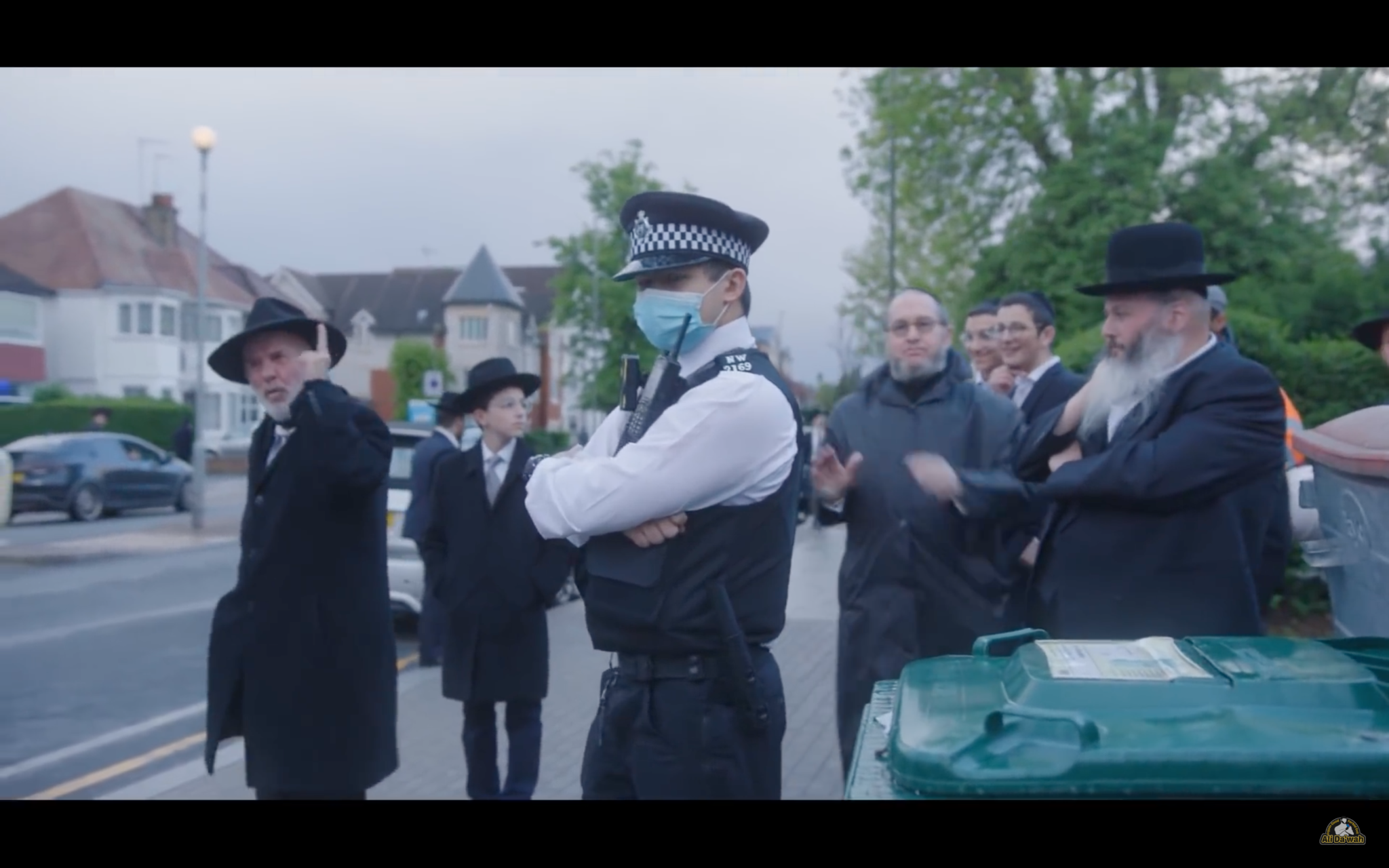 “We see it as a direct and deliberate act of incitement that was inevitably going to alarm the community and stir up tensions. It’s the equivalent of Britain First going to Newham or Tower Hamlets and confronting Muslims on the streets there.”

This comes after an individual was arrested – and later released under investigation – after allegedly attacking a Jewish driver in Golders Green last Friday.

There have been 267 reported antisemitic incidents in the past 17 days according to the CST, a rise of 570 percent since the start of the violence between Israel and Hamas.

In a statement, police said they “are aware of a video circulating on social media of two men in Golders Green on Saturday, 22 May with a van displaying messages and images on a screen.

“Officers were called at approximately 7.28pm and engaged with those present. No offences were identified.

“We have since been made aware of concerns that have been brought to our attention from the community and will liaise with the appropriate partners. Local officers had already increased patrols in the area in response to recent community concerns and will continue to provide additional reassurance in coming days.”

Anyone with information is urged to contact police by calling 101 and quoting CAD 6249/22MAY.

When asked why he chose to protest in Golders Green, Mohammed Hijab said: “We did not intend to go to Golders Green to speak to only Orthodox Jews, but pro-Israeli (in particular pro-Likud) Zionists.”

Saying Jews are “under no obligation to answer for the actions of Israel”, he  stressed that in the video, he said “generalisations to any community including the Jewish community is unacceptable”.

Asked about the Holocaust messages on the van,  he said it “was intended to demonstrate that just as the rest of the world watched on whilst Jewish people were brutally incinerated at the hands of fascists, so too it looks on whilst Arab Palestinians are brutally bombed in the most densely populated area in the world (Gaza) which has been blockaded from all sides.”