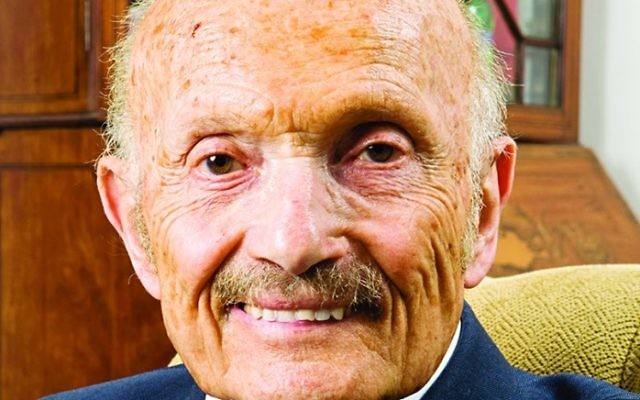 Siggy Sternberg, as he is known to friends, is now 94 and has led a relentlessly active life promoting interfaith relationships, which has brought him awards too numerous to mention.

Born in Hungary in 1921, he arrived in Britain in 1939, with citizenship following after the war and a knighthood in 1976.

His successful business in metals made him sufficient money to spend much of his life on charitable causes.

A relative of the traditional Schonfeld family, he joined the Reform Synagogue Movement and was a major funder in its successful attempts to buy the Finchley Manor House, which became their headquarters as the Sternberg Centre for Judaism.

He was urged by (Lord) Sammy Fisher, then president of the Board of Deputies, to help sustain the Council of Christians and Jews (CCJ), which he did, and was then instrumental in forming the International CCJ.

He went on to use quiet diplomacy in changing the Catholic hierarchy’s views on Judaism.

This included involvement in the relocation of a convent at Auschwitz, organisation of the first Papal visit to a synagogue and negotiation for the Vatican’s recognition of Israel.

All of this brought him, unique among Jews, the title of Papal Knight Commander from Pope John Paul ll. In 1968, he was awarded the Templeton Prize for Progress in Religion for his worldwide interfaith work.

Perhaps the most important of his achievements was the establishment of the Three Faiths Forum, together with the late Sheikh Dr Zaki Badawi, to further Christian-Jewish-Muslim relations.

A determined and proud UK citizen, a Jew and a Zionist, he devoted much of his life to promoting the Jewish cause among other faiths, when this work was not of much interest within the mainstream community movers and shakers. It’s hard to know who will take up the baton.