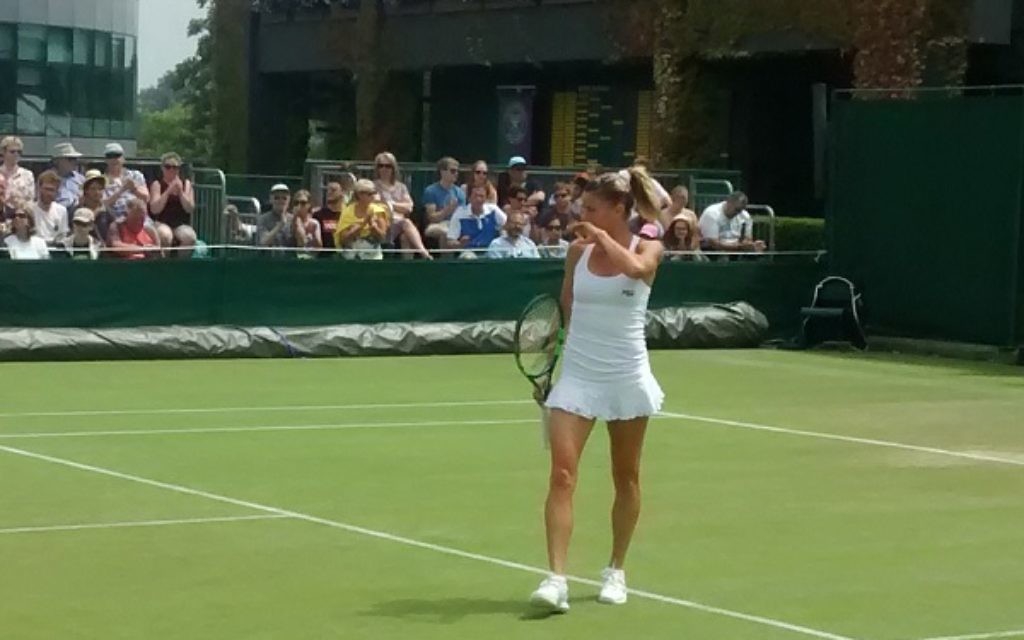 Camila Giorgi admitted she made numerous mistakes as her Wimbledon campaign ended in a straight sets defeat to Caroline Wozniacki on Saturday.

The Italian was beaten 6-2, 6-2, on Court 1 against the Danish number five seed, and she was solely to blame for the defeat. She said: “Everything was going really bad today for me, I don’t think I had the rhythm from the start. and I just missed a lot, even in the especially important points, I wasn’t solid today. It wasn’t about how well she performed, it was about me, I made a lot of mistakes.”

Talking about the positives and negatives she took from her tournament at SW19, she said: “The positive is that I have many, many things to improve on my game. The negative is, of course, I lost today, but it’s okay. I mean, I go home, am going to take some days off and then start again.”

Having gone into the match with a good record against her, the Italian didn’t think Wozniacki raised her game to defeat her. “I think it’s like I said, it’s about me,” she said. “And today I was not solid. I was missing a lot, I wasn’t reactive with the legs, I was low. It was down to me, I played really bad today.

“When you miss after two balls, you can’t say if she plays better or not, it’s that I wasn’t solid. I was missing a lot, the serve. The same from behind, it was the same. When I was going to the net, I didn’t close the points.”

Wozniacki said: “It was nice to win this one. You never really feel comfortable against a player like her. She hits the ball as hard as she can, thankfully for me, it wasn’t really going in that much. I also kept serving well and I returned well, which was a big help for myself today.