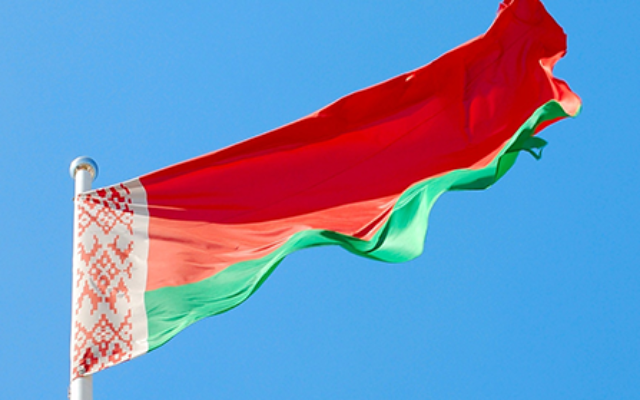 Weizmann’s legacy: Continuing our series on Jewish life around Europe, we visit a village in Belarus where World Jewish Relief helps the long-term unemployed

When Chaim Weizmann first arrived in Manchester, he wasn’t too happy. He described the northern powerhouse as “frightful, in fact beyond description.” He said: “You are dealing with the dregs of Russian Jewry, a dull ignorant crowd that knows nothing of issues such as Zionism.

“You cannot imagine,” he continued, “what it means for an intellectual to live in the English provinces and work with the local Jews. It’s hellish torture!”

Born in 1874 in a village near Pinsk, in Belarus, Weizmann had a traditional Jewish education He went to high school then left for Germany at the age of 18 to study chemistry. Degrees followed, then a PhD, before he became, in 1904, a chemistry lecturer at the University of Manchester.

He grew to like Manchester and found people to discuss Zionism with in the form of Harry Sacher, a journalist from The Manchester Guardian, and Simon Marks and Israel Sieff, who were in the process of expanding a little-known family business called Marks and Spencer.

Weizmann became one of Manchester’s most famous Zionists, arguably responsible for the Balfour Declaration. With Marks, he was also a founder of World Jewish Relief, then known as the Central British Fund for German Jewry. The charity’s connection with Belarus still runs deep, as it supports vulnerable Jewish families across the country.

In a village outside Minsk, the capital of Belarus, some 140 miles away from where Weizmann was born, Svetlana Voyevodkina, 41, is a single mother with a large family of five children – Anastasia, 18, Lisa, 14, Alexandra, 10, Sonja, seven, and Timur, five, living in the house of their grandmother, Galina.

Svetlana, a former high-school maths teacher, took maternity leave to have Sonja just over seven years ago. She didn’t know it then, but it would be years before she would work again. After giving birth, she was unable to return to teaching as her middle child, Alexandra, developed health problems.

“They didn’t allow Sashenka [Alexandra] to attend school and the authorities said she had to be home-schooled,” she says. Alexandra had many health problems which required special care and a specific diet. She needed expensive medicine and round-the-clock monitoring by a doctor. Svetlana’s entire savings were spent looking after her daughter. “What else could I do?” she says. “You do anything for your children.”

With no job and no income, she also had to look after four other children. Despite everything, she refused to give up and began to look for a way to earn money from home so she wouldn’t have to leave Alexandra. “I spent a long time looking and thank God I was accepted as a consultant for a cosmetics company,” she says. “It was a sales job and I had to make calls from my house.”

Things didn’t go according to plan, though. “I had been out of work for so long I had lost my communication skills! I knew too little about the make-up industry to be successful and I was bringing in barely any money.” 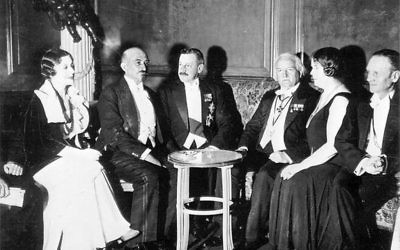 “My mum was very insistent. She told me I had to be in touch with them. Thanks to her I found out about the business training they offered and thanks to her I was able to attend, as she looked after the children for me. When you have childcare concerns, you can never relax or throw yourself into anything. But here I could. It changed my life.”

In the past year, nearly 2,000 people have found employment through World Jewish Relief’s courses, which help workless people to find sustainable jobs.

The training builds confidence as well as giving practical business advice and Svetlana became one of the most active participants in her group. “My whole family told me how much my self-esteem changed. I felt better about myself too. I really believed I could do this.”

After completing the course, Svetlana decided to become a beautician: “It would give me a large enough income, provide me with professional growth, but, crucially, allow me still to work from home.”

Svetlana now leads cosmetics masterclasses at home, and also set up her own make-up business with private clients visiting her. She has not forgotten her passion for mathematics either, and gives private lessons in a training centre next to her house.

It wasn’t only Svetlana’s life which was transformed. “My eldest daughter saw what happened to me and was inspired to go on the same training course to make money to support us,” she says. “She now has a job. We’re so grateful.”

After saving, the family managed to buy a small second-hand car, transforming Alexandra’s medical treatment, as they can now access physiotherapy which is not available in the small village where they live. The other children can now attend after-school activities and education sessions.

Perhaps it won’t be too long before Belarus produces its next Chaim Weizmann.