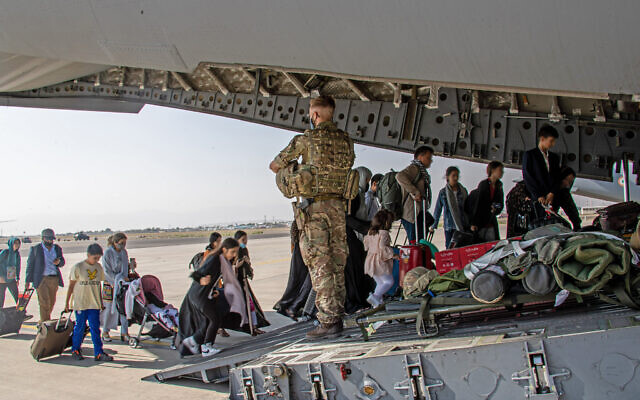 MoD handout photo of British citizens and dual nationals residing in Afghanistan being relocated to the UK, as part of Operation PITTING, the UK Armed Forces are enabling the relocation of personnel and others from Afghanistan. Issue date: Monday August 16, 2021.

A leading Jewish humanitarian charity has urged Britain to “commit to a sizeable resettlement programme” of Afghan refugees fleeing the Islamist Taliban.

World Jewish Relief (WJR) made the plea after chaotic scenes in the Afghan capital of Kabul, with thousands attempting to flee – including heart-breaking footage of people clinging on to evacuating US Army planes.

In a statement, it said it is “deeply concerned by the situation in Afghanistan. We are aware of the scale of the humanitarian crisis both in the country, and in neighbouring states where displaced people have fled to.

“We do not work in Afghanistan nor in surrounding states as access and security is, unfortunately, too challenging. We will however continue to monitor the situation and, should displaced Afghans reach countries where we operate and are able to support them, we will endeavour to do so.

“In the UK we are proud of our role as the leading provider of employment services to refugees, through our Specialist Training and Employment Programme (STEP). A handful of these individuals, after graduating from STEP, are themselves working to support resettled refugees. In recent months STEP has assisted a small number of Afghan nationals who, having worked with the British military in Afghanistan, have been resettled in the UK.

“We anticipate that the number of Afghans able to relocate to the UK will increase, and we urge the Government to commit to a sizeable resettlement programme. The STEP project is ready to support these people to rebuild their lives, and we are committed to offering our expertise at a time of great turmoil. 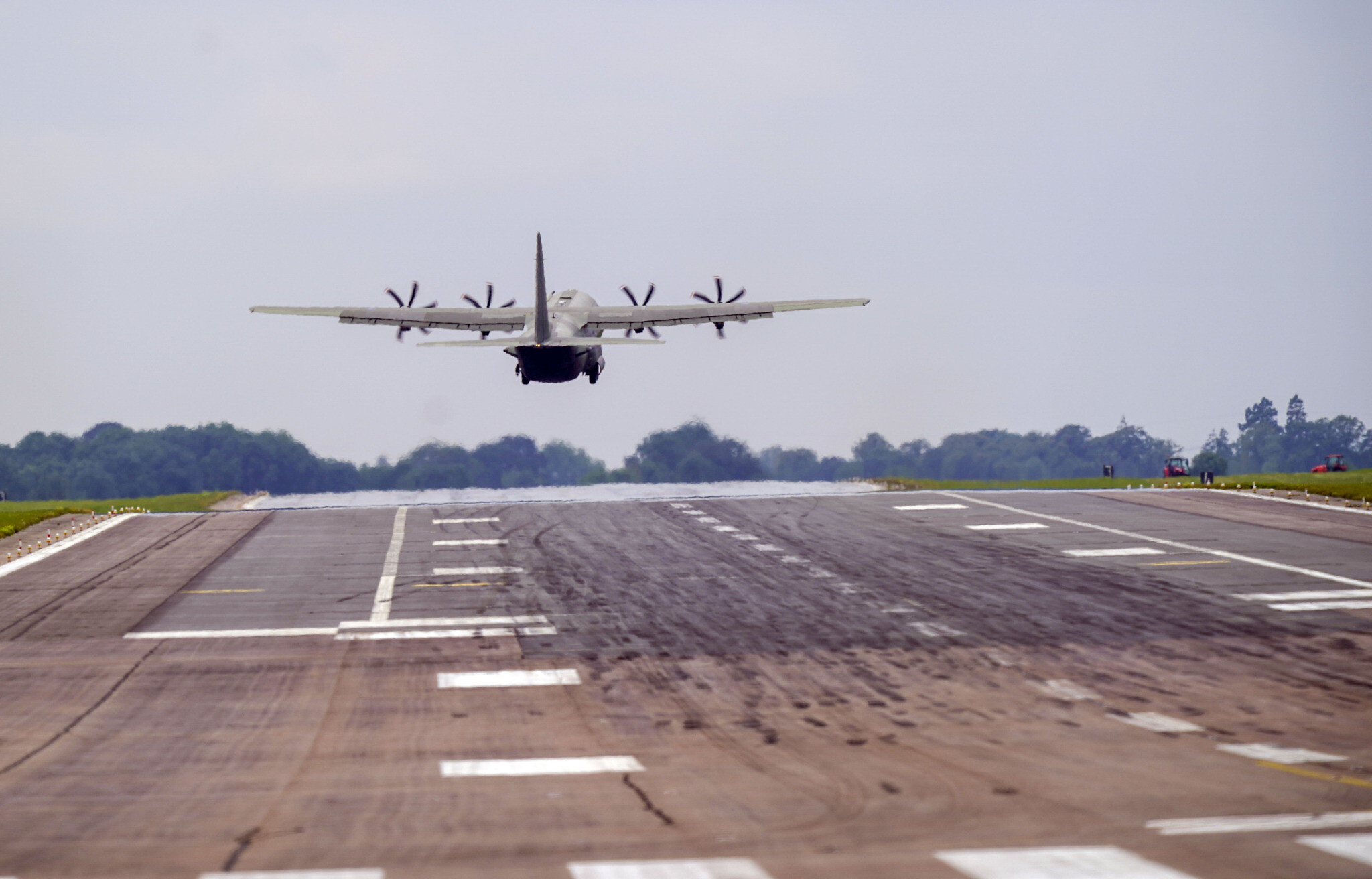 A Hercules C-130 Plane takes off at RAF Brize Norton in Oxfordshire. British troops are racing against the clock to get remaining UK nationals and their local allies out of Afghanistan following the dramatic fall of the country’s Western-backed government to the Taliban. Picture date: Monday August 16, 2021.

The Jewish Council for Racial Equality (JCORE) echoed WJR’s calls for the UK to take in Afghan refugees fleeing the crisis, saying it “views with increasing concern the humanitarian catastrophe unfolding in Afghanistan.  We urge our government to formulate and  announce specific plans for a comprehensive programme to assist in the evacuation and resettlement of Afghan  refugees into the UK.”

Board of Deputies President Marie van der Zyl also backed calls to resettle refugees, saying: “UK Jews will share the world’s horror at the scenes unfolding in Afghanistan. The Taliban’s sickening record of the repression of women and girls, and complete disregard for human rights, fill us all with great anxiety for the Afghan people. We call on the UK Government to expand on its plans for the resettlement of Afghan refugees, to whom the world now owes a duty of care and moral responsibility.”

Across the world, other Jewish humanitarian groups offered support where possible, but have limited avenues to help after the U.S. removed its troops that had been there for nearly two decades,

HIAS, originally the Hebrew Immigrant Aid Society, wrote on Facebook that it would work to help Afghans who make it to the U.S. through a special program designed to protect people who aided the U.S. mission there. But there is little more to do at this time, it said.

“Our hearts break for the people of Afghanistan right now. Unfortunately, the current reality is that options for resettlement are limited to the Special Immigrant Visa program,” the group wrote. “We are advocating to change that.”

Meanwhile, it is unclear whether the last known Jew in Afghanistan is still in the country. Zabulon Simantov, 61, stayed in Kabul to tend its last synagogue even after his wife and children moved to Israel; he said earlier this year that, anticipating danger after the U.S. withdrawal, he would move to Israel after the High Holidays next month.