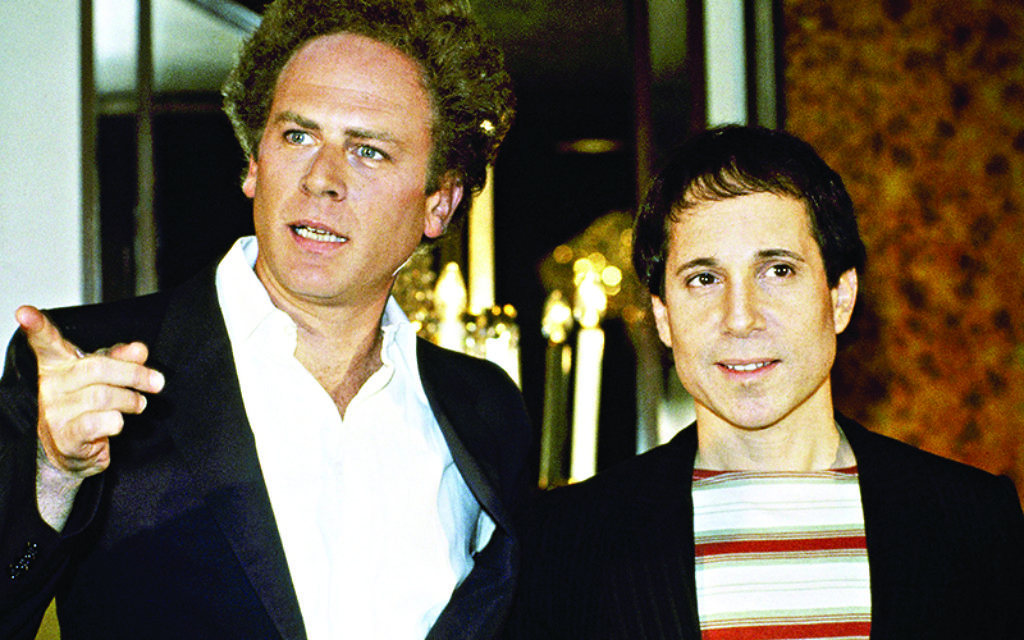 Simon and Garfunkel at the height of their fame

Through his soulful music, Paul Simon helped to define the political upheaval of the 1960s. The Jewish-born boy from Queens started off as the song-writing half of Simon & Garfunkel before forging a successful solo career.

Now nearly 75, he has not only sold more than 100 million records, won 15 Grammy awards and been installed twice into the Rock ’n’ Roll Hall of Fame, but has led a vibrant life replete with tales of Carrie Fisher, Leonard Bernstein, Bob Dylan, drugs, depression, divorce and more.

We explore an extract from the newly-released Homeward Bound: The Life of Paul Simon (published by Constable, priced £20)

So what names would Paul and Artie choose to be their sophisticated-but-folky alter egos? When Paul sold Carlos Dominguez and He Was My Brother to Edward B Marks, he was still using the ––Landis imprimatur.

But when he published the first of his folk songs, he felt that it was time for a change. He credited the songs to a new alter ego he named Paul Kane, and when Tribute Records released the tracks as a single in August 1963, the (solo) performances were credited to an imaginary group that was called either the Voices of Paul Kane (the credit in Billboard) or the Paul Kane Voices (per Variety), as if the bare-bones guitar-and-voice arrangements were performed by a folksy chorale.

When Paul and Artie started playing their folk material that fall, they called themselves Kane and Garr. Then Paul’s success under his real name in England convinced him to continue using it at home. 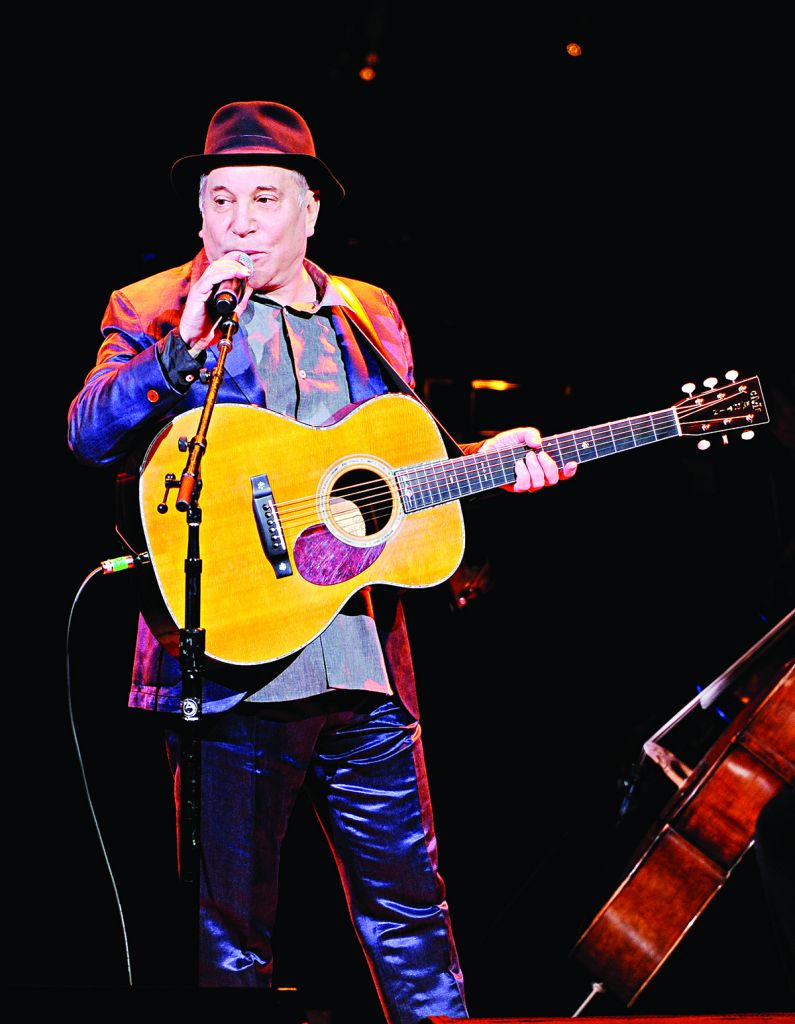 So they were Simon and Garr through the winter and spring of 1964. Then Artie got tired of Garr and said he wanted to use his real name, too. Paul shook that off. For all that Simon was a Jewish name, it was also short and easy to say. But Garfunkel? No, no, no—too long and too clumsy. People would assume they were comedians, or tailors, even.

So how about Garfield instead? They kicked that around for a while. Artie didn’t like it, but he knew how show business operated; he’d never worked or recorded under his real name. Eventually he gave in. Simon and Garfield it was.

Except Tom Wilson didn’t like it. He’d bitten his tongue whenever Paul and Artie debated names and pseudonyms, or when the Columbia executives who consulted on the names of acts and records called to talk about the name of the company’s new folk duo.

The execs didn’t like the duo’s real names, either — Simon and Garfunkel just didn’t sound like a name that could catch on with anyone.

At first, the execs thought they could sidestep the problem by calling them Paul and Artie, but then someone remembered that just a few years earlier they had released an album by another pair of young folksingers who went by Art and Paul. 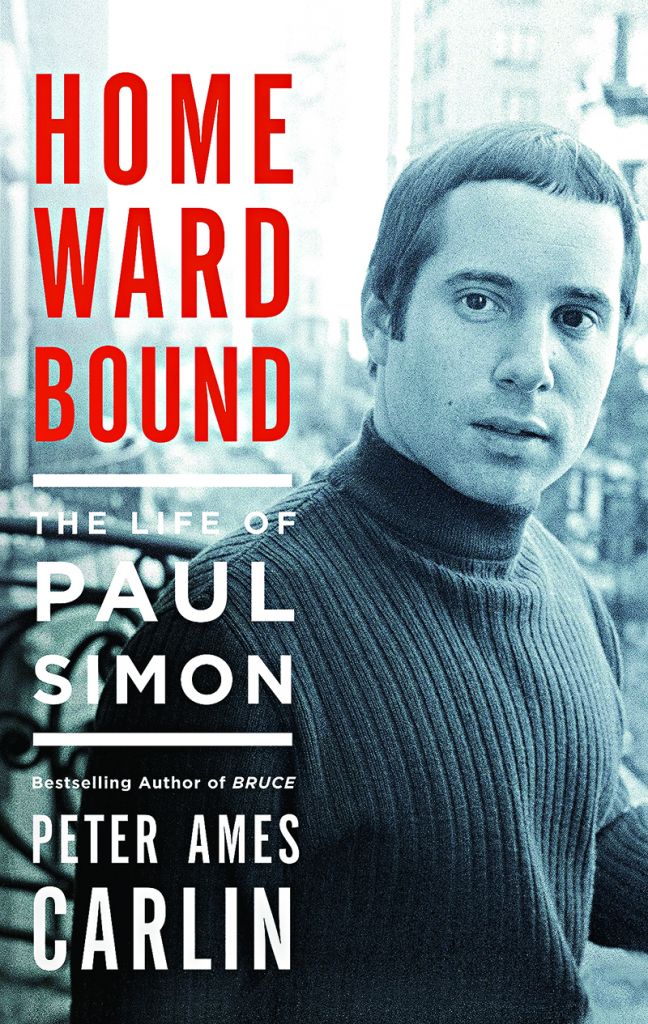 So they considered other young protest types and proposed another approach: how about the Catchers in the Rye? Paul and Artie just laughed at that. Paul, now with Artie’s support, went back to Simon and Garfield, and that was when Wilson put his foot down.

He’d loved The Sound of Silence the moment he heard it, but it was He Was My Brother, the impassioned civil-rights anthem, that had convinced him to invest in their future. Paul wrote so powerfully about civil rights and justice; they both sang the songs with a righteous fury that was really stirring, particularly for Wilson, a black man who had lived with racism.

So how was it that they were so gutless about their own ethnicity? Were they really going to let the bigots tell them that there was something wrong with having a Jewish name, just so they could sell more records? Well, they’d done that before, so, yes, that’s exactly what they were going to do. The publicity guys at Columbia felt the same way, all of them telling the same story: the duo’s real names would be off-putting to the anti-Semites behind the radio dial, along with all the average folks who just felt more – how can I put this? – comfortable around less ethnic types.

But the world was changing, Wilson protested. There were hardly any anti-Semites left! That last argument was more aspirational than factual, unfortunately, but when Wilson and the other executives laid out the dispute to Columbia executive vice president Norman Adler, he let out an exasperated sigh.