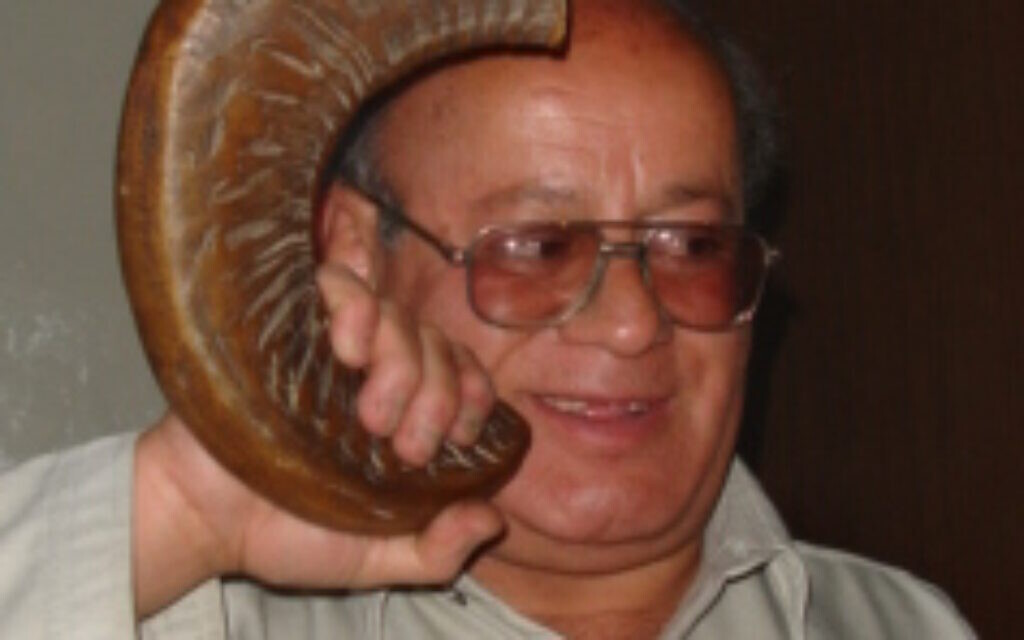 Amid the Taliban’s total takeover of Afghanistan this week, some had specific concerns about one person: that country’s last remaining Jew, 62-year-old Zebulun Simantov.

Simantov, who has in recent years lived in Kabul’s only synagogue, said earlier this year that he would leave before the Taliban arrived, possibly for Israel. He has also said that the Taliban jailed him during the fundamentalist Muslim group’s last hold on power in Afghanistan, and that they tried to convert him and regard him as an infidel.

Meanwhile, Israeli media has revealed new information about the family situation of the carpet dealer and former restaurant owner who grew up in the city of Herat, including that for decades he has refused to grant his wife a divorce.

Here’s what we know right now.

Many people are trying to help Simantov — but it’s unclear if he wants them to.

Several Jewish organisations have expressed willingness to help Simantov if he wishes to leave. And Mendy Chitrik, chair of the Alliance of Rabbis in Islamic States, said he has been in contact with authorities in Turkey, where he lives, about Simantov.

But an employee of a Jewish group told the Jewish Telegraphic Agency that a journalist in Kabul contacted Simantov Sunday, and that Simantov told the journalist he would not leave.

Moti Kahana, an Israeli-American businessman, said people interested in getting Simantov out of Afghanistan have reached him after the takeover but that he declined, demanding “personal funding.”

It wasn’t the first time Simantov had tried to extort someone seeking to contact him. “I don’t go under 200 dollars,” one journalist from a German news organisation reported him as saying in 2015. Another account from last year has Simantov demanding $500 from an Israeli journalist for an interview, finally settling on $100.

Amie Ferris-Rotman, a British-Jewish journalist who used to work in Afghanistan, told the Jewish Telegraphic Agency, “He really liked alcohol, and used to insist journalists who wanted to interview him bring some.”

It’s unclear whether Simantov has spoken publicly since the Taliban seized Kabul. An Indian news channel, WION, on Tuesday quoted him as saying that he would not leave Afghanistan, but the report featured archive footage only.

His refusal to divorce his wife has spurred international diplomacy in the past.

Reports about Simantov in the past have noted that his wife and daughters moved to Israel in 1998. On Wednesday, reports emerged in Israeli media that he has refused for more than 20 years to divorce his wife under Jewish law. (Yedioth Acharonoth in 2010 already reported about the attempts of Simantov’s wife, who lives in Holon near Tel Aviv and has not been named in the Israeli media, to divorce him.)

Under Jewish law, a “get,” or rabbinic bill of divorce, is required for women to be able to remarry. Women whose husbands refuse to give a get are known as “agunot,” or chained women, and their plight is seen as a major point of gender inequality in Orthodox Judaism. In recent years, Orthodox rabbis have invested effort to address the issue.

That was the case a decade ago, when Rabbi Pinchas Goldschmidt, the president of the Conference of European Rabbis, offered in 2011 to fly to Kabul to obtain a get for Simantov’s wife. Ferris-Rotman heard about the woman’s attempts to obtain a Jewish divorce certificate from Israeli colleagues.

“I knew Zebulun and I knew Rabbi Goldschmidt, so I tried to see how we can solve the situation,” Ferris-Rotman, who now lives in London, told JTA. She said others had discussed pressuring Simantov in the past.

But Simantov refused to meet Goldschmidt, despite being offered a hard-to-obtain commodity to sweeten the deal. “Even after Amie offered a case of single malt scotch, the man refused,” Goldschmidt tweeted on Wednesday.

In Israel, men determined to be “recalcitrant spouses” can face jail time, and Israeli media said that Simantov is staying in Afghanistan to avoid dealing with his divorce and rabbinic authorities. But a spokesman for the Israeli Chief Rabbinate told JTA he was unfamiliar with a ruling or edict from a rabbinical judge denouncing Simantov as a recalcitrant spouse, or “sarvan.”

Ferris-Rotman said she had asked Simantov why he wouldn’t grant his wife a divorce. “He would say, ‘Oh, her, I’m done with her,’” she said.

He’s had problems getting along with others before.

“He’s something of a disgruntled old man,” said Ferris-Rotman, who communicated with Simantov in Russian, which he does not speak very well. Simantov, whose main language is Dari, the Afghan dialect of Persian, also speaks broken Hebrew.

Simantov had a famously bad relationship with Kabul’s other remaining Jew, Ishaq Levin, until Levin died in 2005. Speaking about Levin to The Guardian, Simantov said: “The old man was crazy,” screwing a finger against his temple to illustrate the point.

The two lived at opposite ends of the synagogue, the report said, and would only exchange curses. According to stories Simantov has told journalists over time, each man went to the Taliban to accuse the other of criminal behaviour. He said the two argued so much in prison that the Taliban released them both — though the group kept a Torah that Levin and Simantov had tried to recover.

One report Wednesday suggested that Daniel Kurtzer, U.S. ambassador to Israel from 2001 to 2005, might also have been involved in Simantov’s divorce diplomacy. But Kurtzer’s recollection suggests that he was likely working on the issue for Simantov’s housemate, Ishaq.

“What I did was arrange for a Jewish chaplain in the U.S. Army to go to the synagogue in Kabul where this man was living, and to try to persuade him to give a get. The chaplain did get back to me to say that the man was unwilling to do so,” Kurtzer recalled.

The next year, the chaplain was back in Kabul and sought to try again. But he learned that the husband had died, so the woman in Israel was informed that she was no longer an agunah, but an almana, or widow.

His fate under the Taliban is unclear.

Simantov has been a well-known local personality. Journalists came to him regularly and some taxi drivers already knew where he lives in Kabul, where many of the streets have no names.

That means the Taliban knows just what he thinks. Unlike Ishaq, who said he had no quarrel with the Taliban, only with Simantov, Simantov has been outspoken about his disdain for the Taliban. Ferris-Rotman said that was the case when she lived in Afghanistan, and it was still the case this spring when Simantov conducted an on-air interview.

For now, the Taliban says Simantov should have no reason to fear. On Tuesday, an Israeli journalist from the Kan broadcaster asked Suhail Shaheen, a Taliban spokesperson in Doha, Qatar, whether Simantov would be safe under Taliban.

Shaheen, who said he was not aware that he was speaking to an Israeli publication, said: “We don’t harm minorities. There are Sikhs and Hindus in the country, and they have their religious freedom.”