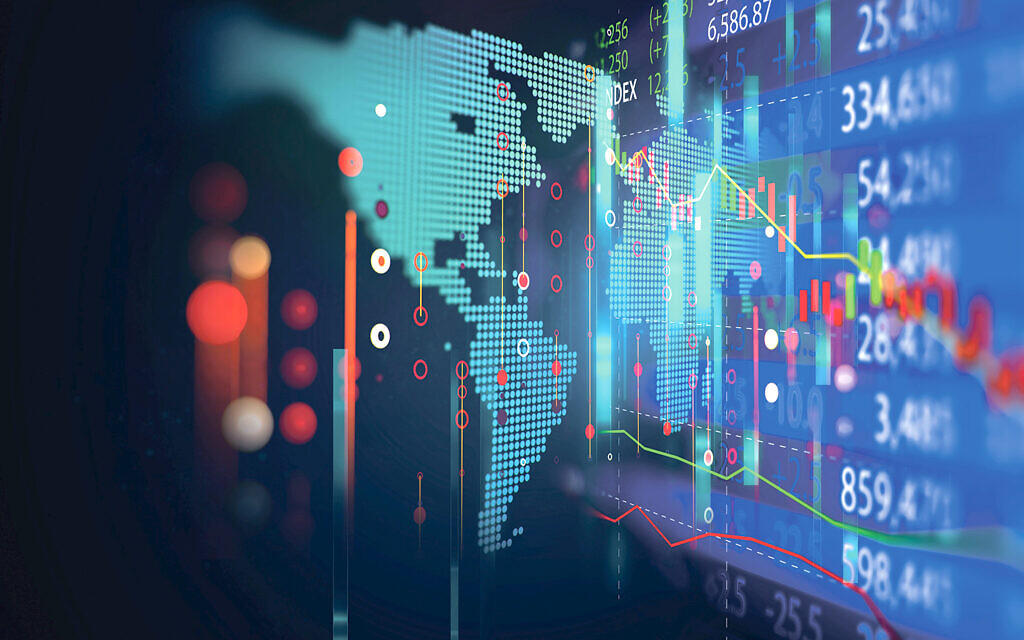 According to Grunwald, group strategy director at venture capital (VC) firm ARIE Capital, “the opportunity is massive”. He notes: “China has a rapidly-developing population of nearly one and a half billion people, with growing purchasing power and a vast middle class – something unthinkable a few decades ago.

“In many ways, its companies and consumers are now more digitally savvy than those in the west, and the rise of its domestic tech sector has been widely covered. That said, there are areas of technology where Israeli businesses in particular can offer something new – in the medical devices, clean tech and deep tech worlds, for example.”

Grunwald, 41, recently left leading online luxury fashion platform Farfetch, where he was vice president, to join ARIE Capital, an investment and financial services group with an Israel/UK-oriented VC arm to help start-ups land and expand in China, including through its second China-oriented fund, ARIE Ventures China.

He says: “The Chinese are fascinated by the ‘Start-up Nation’, while for Israelis, China represents a huge and receptive market. ARIE provides a much-needed ‘translation layer’ for companies looking to expand into China.”

Grunwald, who lives in Woodside Park with his wife Talia, a teacher at Alma Primary, and their three children,  points out that as a small country with a large start-up ecosystem, Israeli tech has needed to look overseas for markets.

“China is a huge and potentially receptive place for growth; however there are pronounced cultural, business and technical/regulatory differences needing to be bridged – which is where ARIE Capital comes in.” 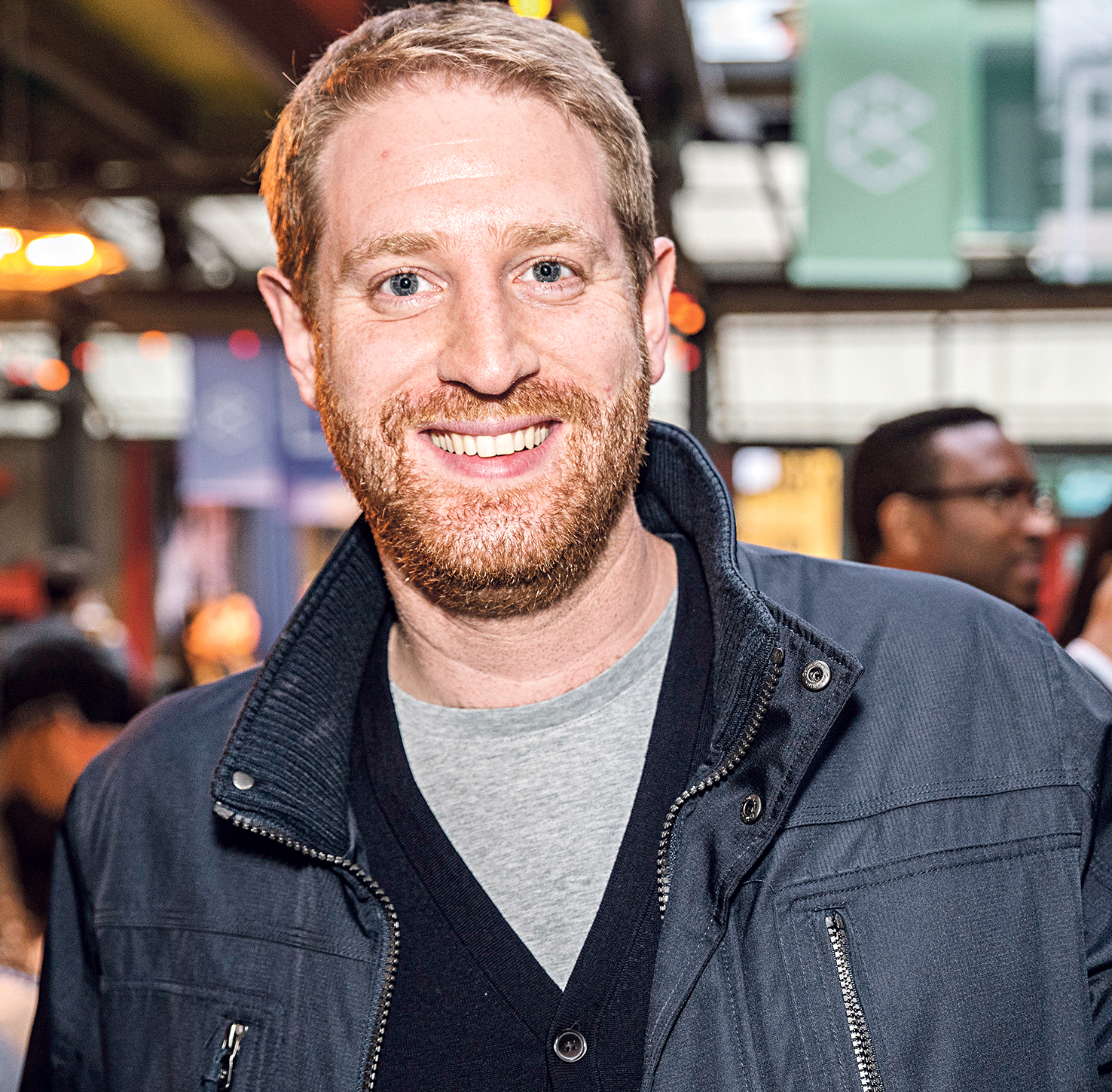 Have there been any concerns about doing business with China amid human rights abuses including against Uyghurs? “As a company with a strong Jewish heritage, a diverse workforce and interest in Israel, we are very conscious of human rights issues in all markets where we have a presence,” says Grunwald.

“We have a well-established business ethos based on respect for each other regardless of our gender, ethnicity, sexuality, religion, or nationality, and this is carried over into the companies we invest in, the partners we work with and the approach we take to business. 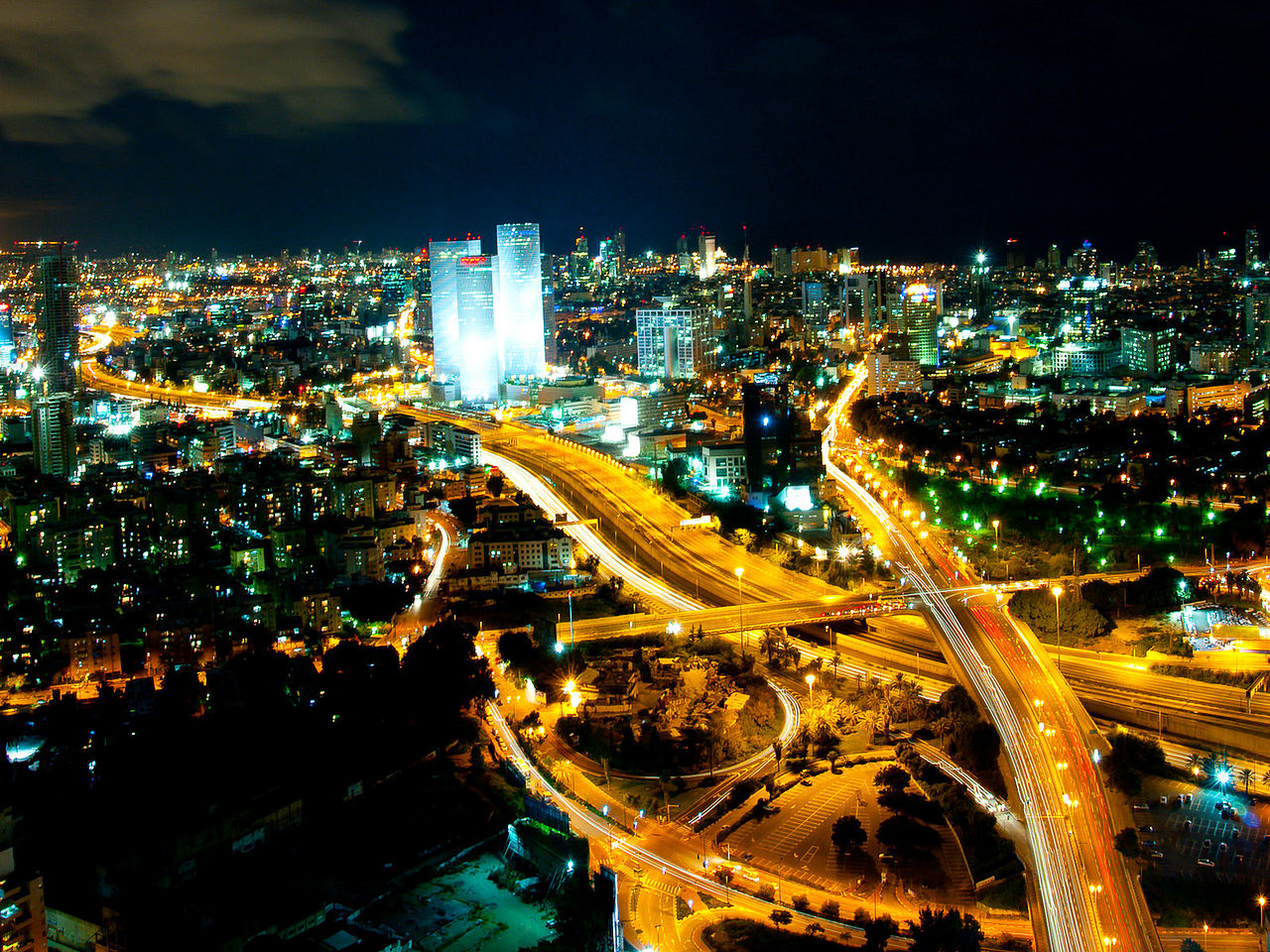 “When it comes to China, we are helping fast-growing businesses from Israel and elsewhere to find new opportunities, partnerships and customers. As such we have a role in being a bridge – driving mutual understanding between east and west.”

Grunwald wasn’t tempted to follow his father Henry – an eminent QC and also former president of the Board of Deputies of British Jews and a founder and first chairman of
the Jewish Leadership Council – into law.  “I’ve been drawn to tech ever since my parents bought our first home computer in 1986 and
I taught myself to code simple computer games as a seven-year-old.”

He set up a web design agency with a couple of friends aged 17 and, in the 1990s at the start of the dotcom boom, worked for a medical start-up through university.  Grunwald then completed a graduate program in consulting when the first internet bubble burst and opportunities in the online world dried up. 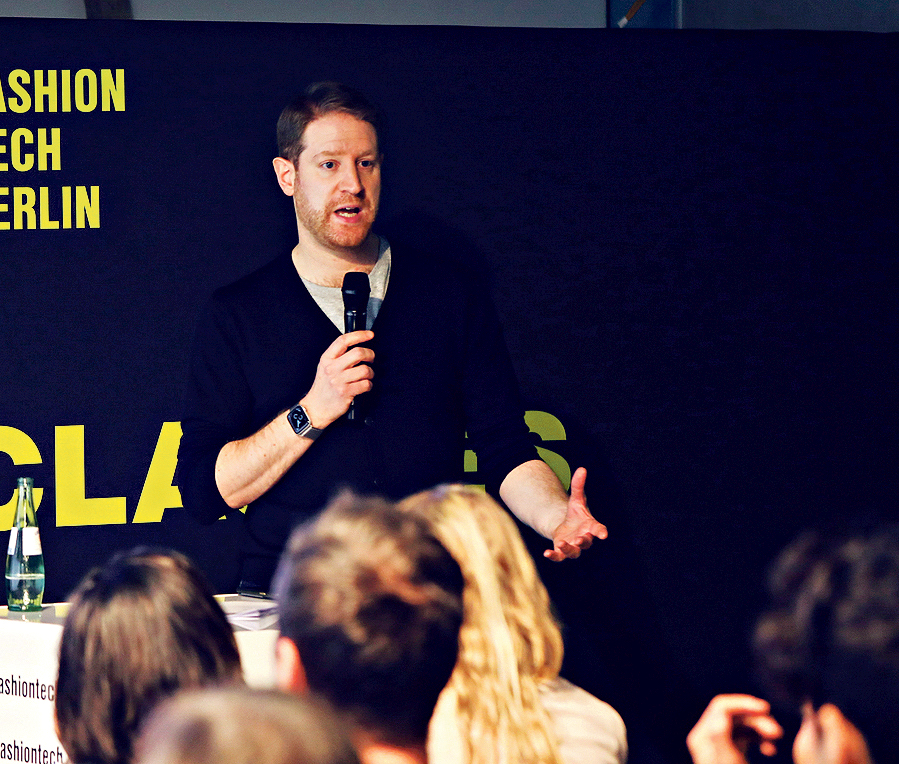 At 24, “to the despair” of his parents who saw him leave a secure, well-paid city job, Grunwald co-founded an online retailer selling high-end home electronics, which was bootstrapped out of a small Hampstead flat. He sold it and returned to consultancy, working on strategy projects in the digital sector, including on the early days of BBC’ iPlayer – a career highlight. In 2010, he joined Google.

“I arrived in a nascent division taking small business advertising products to market via partners, and within four years was running a team looking after revenues worth hundreds of millions of dollars.”

A few years later, he was asked to join Google for Entrepreneurs and led a team that developed its worldwide partnerships with start-up accelerators, incubators and funds to boost entrepreneurship and connect Google
to growing start-up ecosystems.

“We had a line into the leadership of Alphabet –in particular Eric Schmidt, our often-present sponsor – and it took me all over the world.” 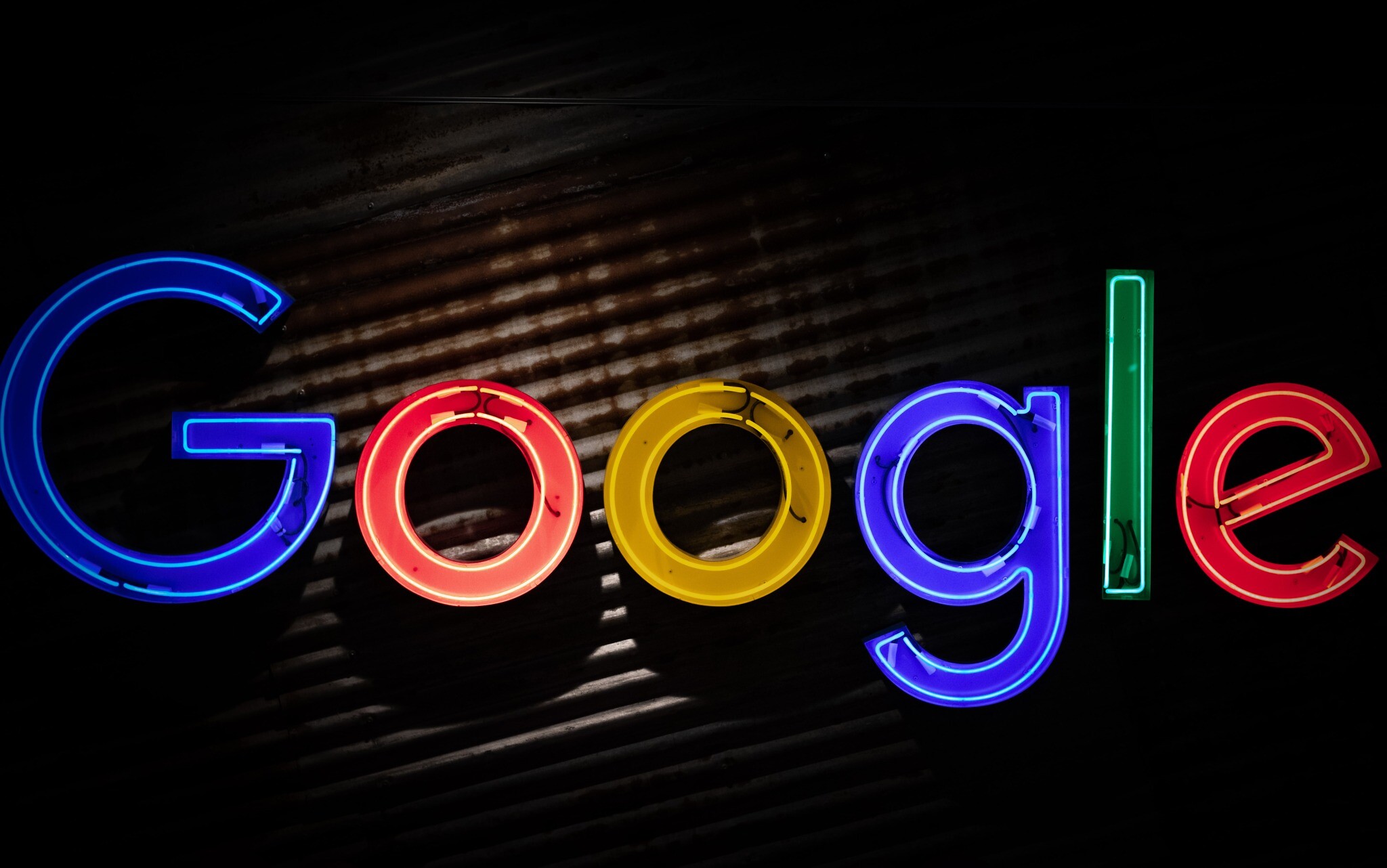 The start-up landscape has changed considerably over the past few decades. “In the early 2000s, being a tech founder wasn’t considered a normal career path for those setting out. London was practically a desert for entrepreneurship at the time; tech hubs and coworking spaces weren’t ‘things’ yet and there was nothing resembling a start-up community here.

“While being a start-up founder remains a difficult career choice, it is far more acceptable for graduates and there are many more routes to advice and funding. If anything, the needle may have moved too far in the other direction – ideas that probably wouldn’t pass muster in a less ‘frothy’ era are getting funded.” 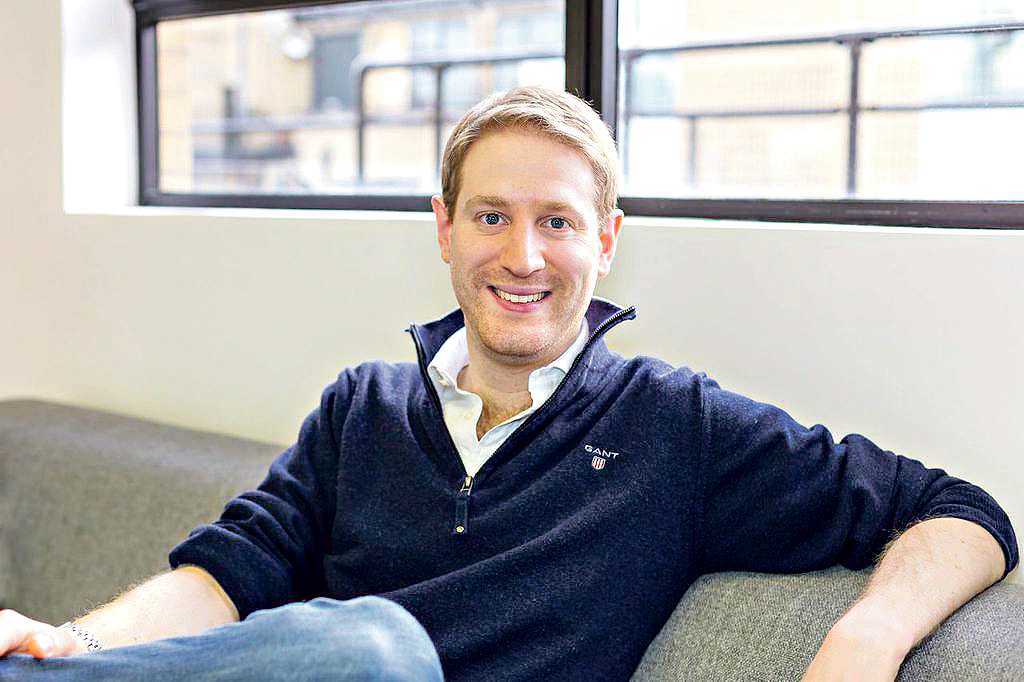 What does Grunwald, who has read thousands of pitches, think makes a good start-up?  “Nothing replaces strong execution. Develop an idea, work with intelligent people, deliver a product and find your first customers. The  [pitches] I’m most likely to invest in or help are those that have concrete progress. Founders can define success in their own terms – it doesn’t always mean revenue – but need to prove to the world they can get things done.”

He warns that founders “need to be extremely careful with whom they share their value”, adding: “That means holding onto equity, finding mentors and advisors who can help them to execute and grow, and avoiding unnecessary distractions, including the glut
of less useful start-up programs out there.”