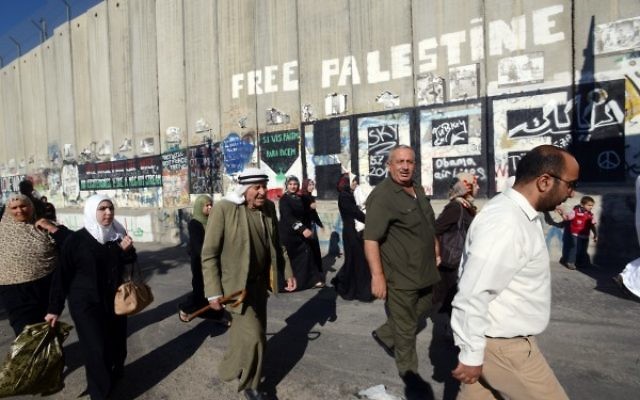 The US has notified Israel that imposing sovereignty over the West Bank would lead to an “immediate crisis” with the Trump administration, a minister has said.

Israeli defence minister Avigdor Lieberman told parliament: “We received a direct message – not an indirect message, and not a hint – from the United States. Imposing Israeli sovereignty on Judea and Samaria would mean an immediate crisis with the new administration.”

Judea and Samaria is the biblical term for the West Bank.

Mr Lieberman was responding to a media interview with Miki Zohar, a member of prime minister Benjamin Netanyahu’s party, in which he rejected the idea of a Palestinian state and advocated a “one-state solution” in which Palestinians would have Israeli citizenship.

Mr Lieberman was speaking to the Israeli parliament’s foreign affairs and defence committee.

“What is left is a one-state solution with the Arabs here … not as full citizenship, because full citizenship can let them vote to the Knesset (the Israeli parliament). They will get all of the rights like every citizen except voting for the Knesset.

“They will be able to vote and be elected in their city under administrative autonomy and under Israeli sovereignty and with complete security control,” Mr Zohar added.

Mr Lieberman said he had received phone calls “from the entire world” about whether Mr Zohar’s proposal reflected the Israeli government’s position.

He said imposing Israeli sovereignty on the West Bank would mean Israel would be faced with the financial burden of providing Palestinians with health care and other benefits.

He called on the governing coalition to “clarify very clearly, there is no intention to impose Israeli sovereignty”.

In a striking departure from long-time American policy, US president Donald Trump has not explicitly embraced a two-state solution to the Israeli-Palestinian conflict, in which Israel would end its occupation of the West Bank and an independent Palestinian state would be established alongside Israel.

Mr Trump said last month he would support whatever solution is acceptable to both sides.

That has raised questions about what kind of agreement could be reached, and has led to calls by hard line members of Netanyahu’s Cabinet to give up on the idea of a Palestinian state and formally annex part or all of the West Bank to Israel.

A single bi-national state could require Israel to grant citizenship to millions of Palestinians under its control, threatening its status as a Jewish-majority democracy.