A backbench Tory MP with a track record of anti-Israel comments has spoken of the “terrible, chilling” effect of the Home Secretary Priti Patel’s move to ban Hamas in full.

Speaking in the House of Commons as MPs across all parties approved full proscription of both the political and military wings of the Islamic terror group Crispin Blunt also appeared at one stage to be arguing in favour of Hamas having the ability to attack “legitimate targets under international law as resistance” against Israel.

The former chair of the foreign affairs select committee also said he had concerns about proscription ” because people do have a right to resist, and we must understand that we are talking about an occupied people.”

He told the House:”We have already taken a position on what is plainly the stupid, illegitimate and immoral mortaring of people where you cannot tell where the targets are, simply flying weapons over the wall, because you do not have the capacity to engage in that targeting of what would be legitimate targets under international law as resistance.

“Of course those acts are illegitimate. That is why they have been proscribed.

“However, we need to be careful because people do have a right to resist, and we must understand that we are talking about an occupied people.”

In an intervention, Tory MP Mark Harper asked Blunt to clarify his comments saying: “When he was talking about the indiscriminate attacks that Hamas sends into Israel, he seemed to say that the only problem with them was that they were not more accurately targeted to kill certain Israelis, that they indiscriminately killed other Israelis, and that, if they targeted the weapons more accurately, that would be sort of okay. 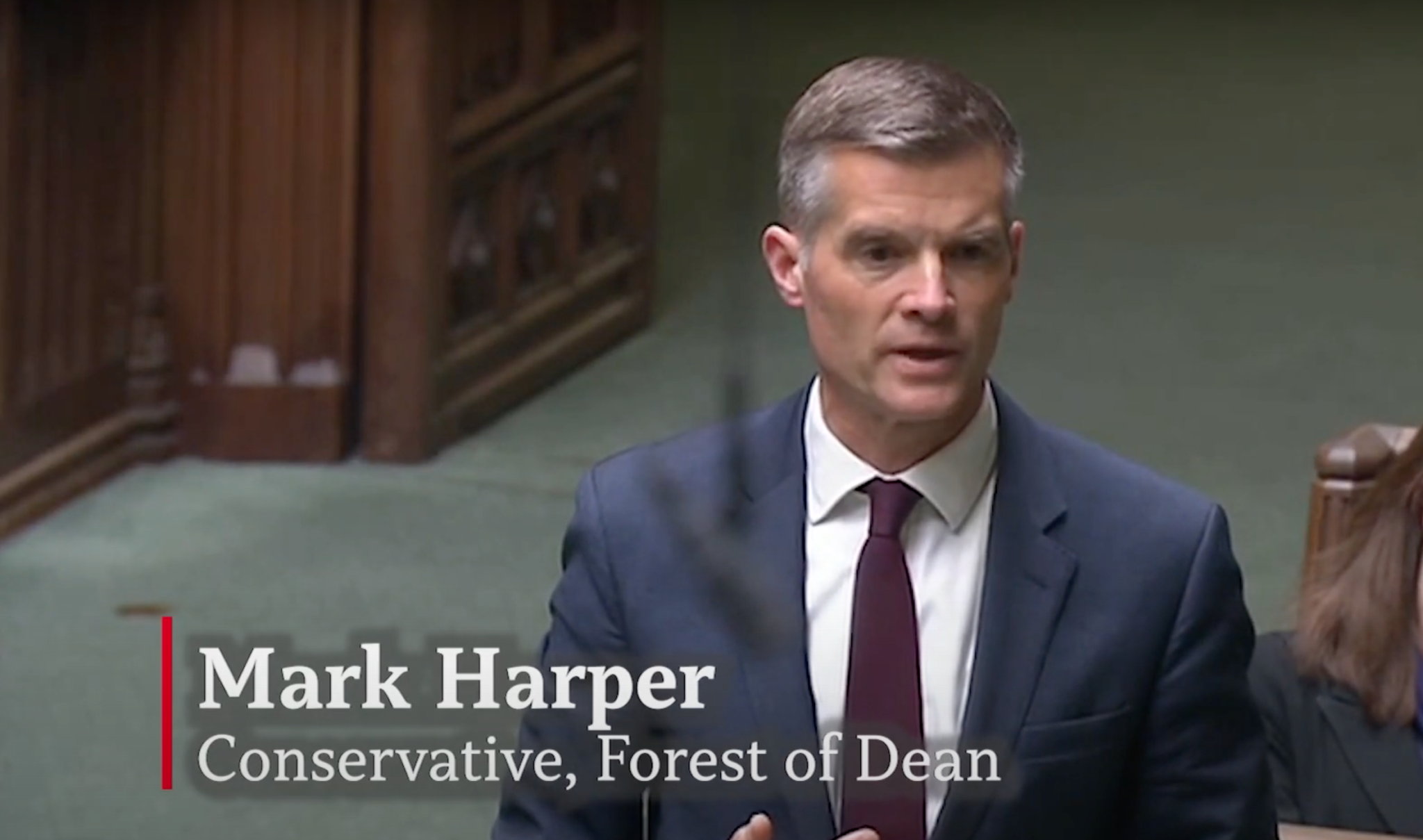 “Did I hear him correctly? I fear that I may have misunderstood him but can he put me right? If that is so, I find that an offensive and extraordinary thing to say.”

Blunt responded by saying:”Under international law, you have a legal right to resist. Not only is the use of those weapons unlawful because they are integrated and indiscriminate; it is also fantastically stupid because it gives the Israelis’ argument about the threat they face from the Palestinian people its raison d’être.

“I deplore violence of any kind from the Palestinians because they are going to get smashed if they try to resist under international law. ”

The MP for Reigate then said:”Do I support Hamas? That is a little unlikely, speaking as the gay chair of the all-party parliamentary humanist group. But have I taken the trouble to try to understand political Islam? Yes, I have.”

He added that move to ban the political wing of Hamas “will have a terrible, chilling effect on putting anything into Gaza, because Gaza is administered by the organisation that we are about to proscribe.”

He told the House that was a gay man he needed no reminding of the odious nature of Hamas.

But Smith said of the Home Secretary’s move:” I would hate to think that this measure has been brought forward for domestic or, indeed, party political purposes, playing fast and loose with peace in the Middle East—an issue that we must all take gravely seriously.”

In an emotional address the former Tory minister Robert Jenrick said:”Last week, a young man, as we heard earlier—Eli Kay, a 26-year-old tour guide—was murdered as he was doing his business, walking around the old city in Jerusalem.

“His grandparents are well-respected members of the West Hampstead Jewish community, and he had deep links here in the United Kingdom.

“I think all of us would send our best wishes and our deepest condolences to his grandparents and all those who knew him here in the UK. He was murdered by a Hamas terrorist—a Hamas terrorist who purported to be from the political wing of that organisation. That one young man’s brutal, unexpected and unexplainable death goes some way to explain why we as a country need to be proscribing the whole of the organisation that that murderer, that terrorist belonged to.”

He said:”I start by outlining that the Opposition agree with the proscription motion and support the decision to proscribe Hamas in its entirety. As the Leader of the Opposition and I have repeatedly said, the first priority of any Government is the safety of its people and the protection of the public. I thank the members of the proscription review group for the vital work they do.”