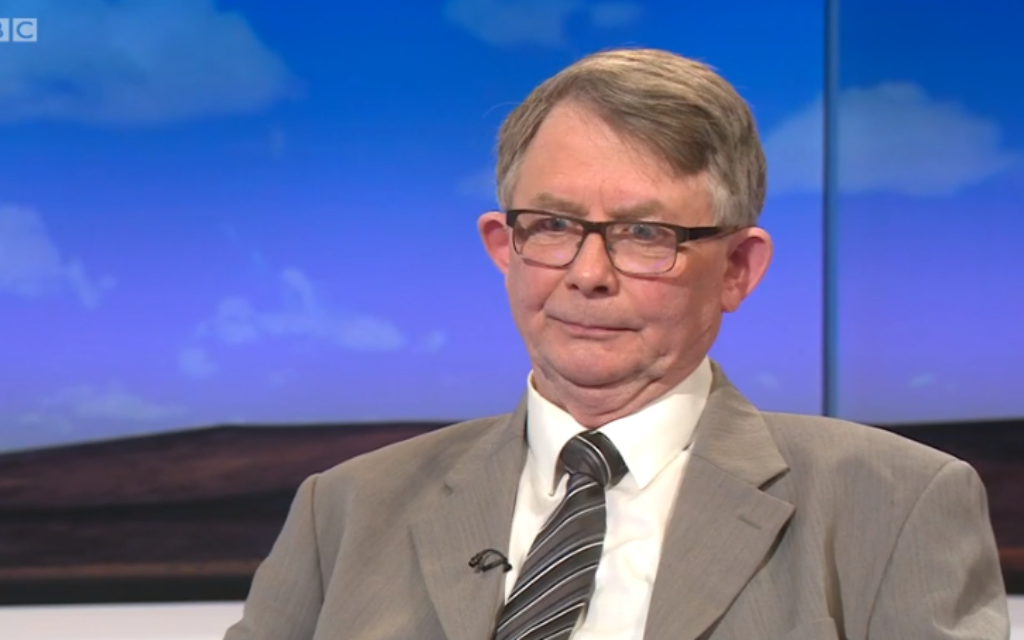 A self-described revolutionary socialist expelled by the Labour Party launched a rambling attack on “billionaire Zionist politicians” during a BBC TV interview.

Gerry Downing – whose far-left group Socialist Fight has previously called for “critical support and tactical military assistance from the working class” to terror groups including Hamas and the Islamic State – appeared on BBC2’s Daily Politics this afternoon.

His televised criticism of Israel’s “heinous crimes” and “Zionist politicians within the ruling classes of America and Europe” was blasted as “toxic” by a fellow panellist on the popular show.

Downing – who once shared a platform with shadow chancellor John McDonnell – had his membership cancelled by the party’s National Executive Committee for the second time yesterday.

McDonnell also picketed Downing’s workplace in order to secure his reinstatement following a dismissal for trade union activity – though the activist admitted the key Corbyn ally is not a “personal friend”.

Downing’s readmission to Brent Central Labour Party this week had been described by former Labour Friends of Israel chair John Woodcock as a “terrible stain” on the party’s record after details of his previous statements came to light.

Socialist Fight’s website has hosted a number of anti-Semitic articles in the past, including a call for Marxists to “address the Jewish question”, Jewish News reported today.

Downing’s tense encounter with veteran broadcaster Andrew Neil saw his rhetoric likened to the “Protocols [of the Elders] of Zion”.

The retired bus driver was also challenged for conflating the actions of the Israeli government with those of the Jewish people.

Asked to define the “Jewish question”, Downing said: “It is the fact that Israel can commit absolutely heinous crimes against the Palestinians – they can bomb them without let or hindrance and it is presented in the western media as an attack on terrorists.”

The Irishman added: “This is based on a material political fact of the overwhelming political authority of Zionist politicians within the ruling classes of America and Europe” and not their Jewish origins.”

A further intervention on the subject of “millionaires and billionaires of the Zionist persuasion” prompted Neil to ask: “Isn’t that very reminiscent of what the Nazis said in Germany in the 1930s – that there were these rich Jews controlling the German economy?”

Downing “rejected absolutely” the argument that his views could in any way be interpreted as anti-Semitic.

As recently as yesterday – when prime minister David Cameron attack his “appalling” views in the House of Commons – Downing tweeted a link to an article criticising the “world ‘Jewish-Zionist bourgeoisie’”.

Before his expulsion yesterday, a CST spokesman said his membership would “only add fuel to communal concerns about anti-Semitism problems in and around parts of the Labour Party”.

A Board of Deputies spokesperson added: “If the comments attributed to Gerry Downing about Jews are genuine, he is an obnoxious anti-Semite who should not be accepted in any modern political movement.”

Phillip Collins, a former speechwriter for Tony Blair and fellow Daily Politics guest, said he was “absolutely delighted” that Downing had been expelled.