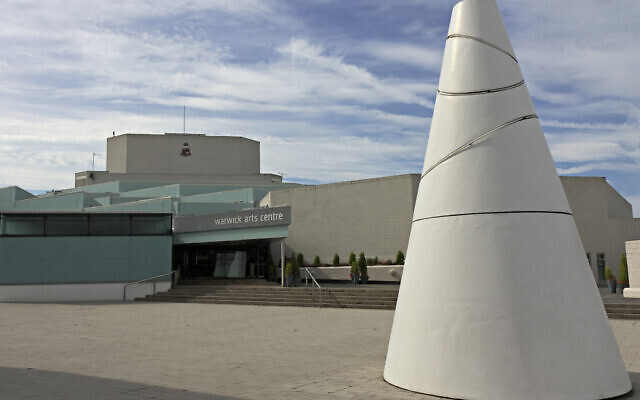 The University of Warwick Assembly – the body representing the institution’s academic staff – have voted to “overwhelmingly” passed a motion challenging the IHRA working definition of antisemitism.

A second motion condemning the Conservative MPs Jonathan Gullis and Robert Halton who had called for the sacking of three Warwick academics over criticism of Israel, also passed with 96 per cent support.

More than 200 members of academic staff attended the University Assembly on June 21 to consider the motions.

The anti-IHRA had motion called on the university to establish a working group to make recommendations on the handling of allegations of all forms of racism, including antisemitism, against staff or students.

But it was passed including an amendment calling on the university to suspend the use of the IHRA definition of antisemitism in disciplinary processes until the working group reports by the end of the year.

It also pointed to use of the controversial Jerusalem Declaration as an alternative definition to IHRA.

Speaking for the motion, Dr Myka Tucker-Abramson commented “In its elision between antisemitism and anti-Zionism, the IHRA definition of antisemitism would have us believe that members of my family who survived the Holocaust and the pogroms in Eastern Europe are themselves antisemitic, simply because they are anti-Zionists.

“I’m horrified that my employer was pressured and ultimately agreed to be guided by this definition, without public consultation and in the face of a letter rejecting the definition signed by 75 staff members, many of whom are Jews.”

This motion as amended passed with 93% for, 1% against and 7% abstention.

“We are thrilled that this motion passed,” said Professor Maureen Freely,  of the Warwick Writing Programme, School of Creative Arts, Performance, and Visual Cultures.

“The IHRA definition is not fit for purpose.

“The working party will give us the chance to develop an integrated set of policies that will balance academic freedom with our statutory and moral duty to protect all members of our community.”

The motion regarding the two Tory MPs cited “false and defamatory the allegations of antisemitism made by Gullis and Halfon”.

At an Education Select Committee on Tuesday 27th April, Gullis had called for the sackings of three Warwick University academics

Halfon, the Chair of the Select Committee went on to compare the situation of Jewish students today with that of Jews in 1930s Germany and called for the cutting of funding to Warwick University.

Speaking for the first motion, David Mond, Emeritus Professor of Mathematics at the university, condemned the “extraordinary chutzpah” of the two MPs “in drawing a comparison with 1930s Germany to justify calling for the dismissal of University
academics on political grounds.”

Warwick has faced several instances of antisemitism in recent years. In May a student apologises after carrying a sign the depicted former Israeli PM Benjamin Netanyahu drinking the blood of Palestinians.

In December 2020 the university dropped disciplinary charges against a Jewish student at Warwick who had complained about antisemitic comments made during a lecture by an academic,

In March several academics at the university signed a letter in support for suspended Bristol academic David Miller, who has repeatedly claimed Jewish students are part of a “Zionist lobby.

A spokesperson for the University of Warwick refused comment on the motions passed by the Assembly and stressed that the Senate and the Council were the institution’s “decision making bodies.”

The Union of Jewish Students issued a statement saying it is “frustrated and angered” by the Assembly’s decision.

“How can they claim they want to fulfil their moral duty to protect all members, which includes Jewish students, when this motion clearly disregards the wants and needs of Jewish students?

“Over 100 Higher Education Institutions, all major UK political parties and over 35 countries have adopted the definition”, it said, as UJS urged Warwick to rethink “and finally fulfil its duty of care.”

A Warwick Jewish society spokesperson reacted angrily to news of the Assembly vote telling Jewish News:“We are absolutely disgusted with Warwick University Assembly’s rejection of the IHRA definition of antisemitism.

“This sends a clear message that they are not willing to listen to Jewish students and, frankly, hold us in contempt for simply trying to define prejudice against us.”

But in a statement on Warwick UCU said they “welcomed the University Assembly’s overwhelming vote to establish a working party that will make recommendations on the handling of allegations of all forms of racism, including antisemitism.

“We are also pleased that the University Assembly overwhelmingly passed a motion condemning Jonathan Gullis MP’s unfounded attack on academics at the Education Select Committee on 27 April 2021.”

Warwick University’s director of communications Pete Nunn eventually released a statement in regards to the Assembly vote on Wednesday.

He said: We actively support academic freedom and freedom of speech – they are vital components of who we are and what we represent. That is why we respect the rights of the Assembly (and all University staff) to freely discuss and debate a wide range of issues. This includes putting forward proposals during meetings, which are then voted on by those members who are present.

“The Assembly is not a decision making body but it is empowered to make proposals to the University governing bodies, the Senate and Council. Motions are not binding.

“Antisemitism is abhorrent and runs contrary to everything we stand for as University. The University remains fully committed to using the IHRA definition of antisemitism, alongside other definitions, in any disciplinary process and when considering any complaint or allegation of antisemitism. Nothing has changed in terms of our approach.”