Police are appealing for help after a Jewish man in his 60s was assaulted in north London in an alleged racist attack.

The victim was knocked unconscious during the incident and taken to hospital with a broken ankle and facial injuries.

The Metropolitan Police have released an image and footage of a man they want to identify and speak to in connection with the incident.

Officers received reports of an assault that happened on Wednesday in Stamford Hill at about 8.30pm.

Footage of the incident appeared to show a man in Orthodox Jewish dress being punched by another man.

Officers said they have spoken to the 64 year-old man, who was on his way to his synagogue when he was hit.

The Met said the assault is being treated as a hate crime. 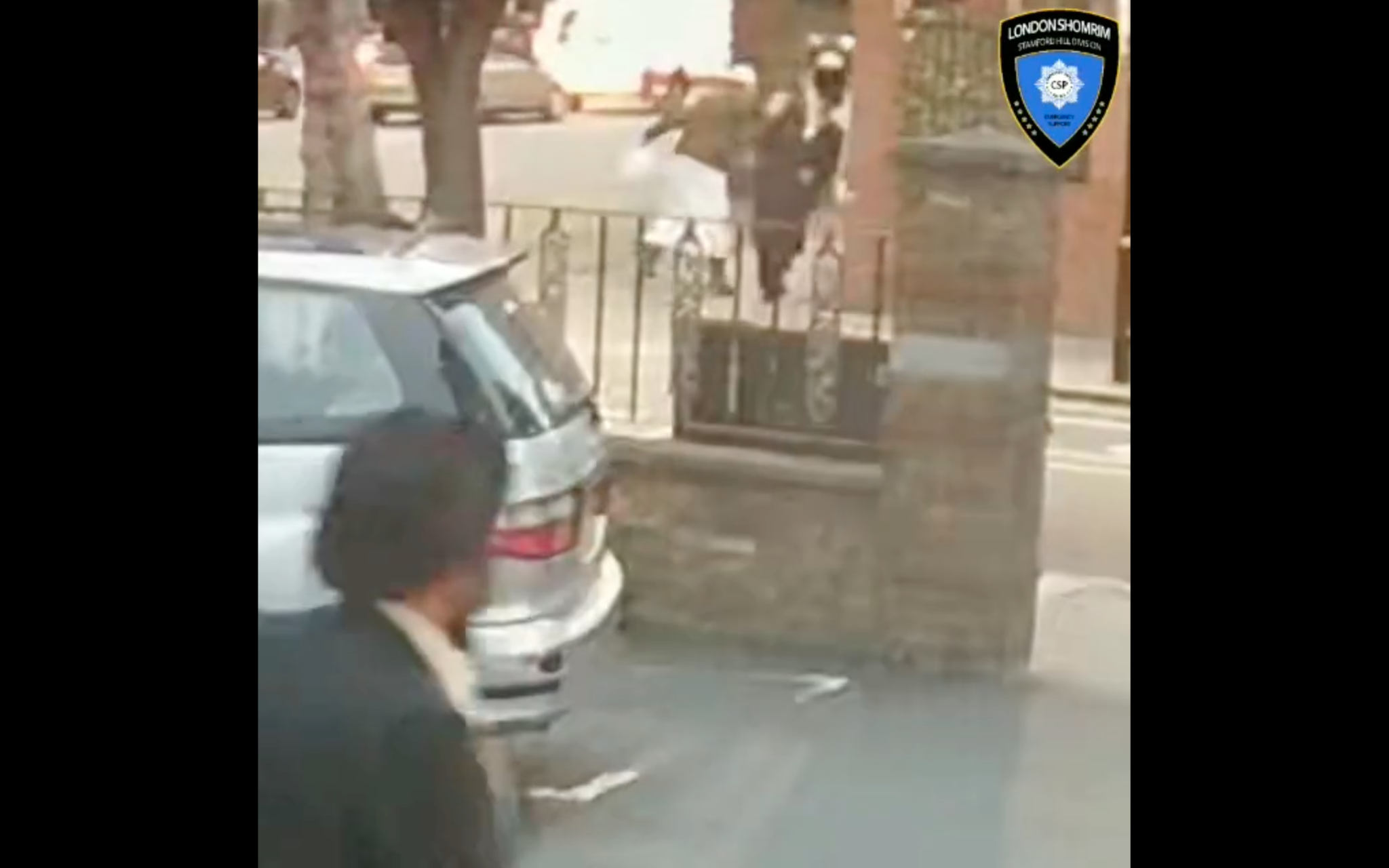 Screenshot shows the moment an Orthodox man is assaulted

The victim told the PA news agency that he had “no recollection” of the incident as he had been knocked unconscious.

“I hit my head on the wall and that was it, I have no recollection,” he said

“The police are taking this extremely seriously because there is an awful lot of anxiety in the community, but we are a very tight knit, welcoming and loving community.”

He added he did not wish to say more while investigations were ongoing.

Detectives have urged anyone who recognises the man, or who witnessed the assault and has not spoken to police, to come forward.

“If you experience hate abuse of any kind, we would urge you to report it,” the Met said.

“Officers are ready to investigate offences and support anyone who has been affected by someone else’s prejudice, ignorance or violence.

“Crimes of this nature will not be tolerated.”

Shomrim, a neighbourhood watch group which works to protect the Jewish community of Stamford Hill, posted on Twitter: “Shocking footage of a vicious #Racist attack, the unconscious victim, was rushed to hospital with broken foot/ankle & nasty head injuries.”

Shocking footage of a vicious #Racist attack, the unconscious victim, was rushed to hospital with broken foot/ankle & nasty head injuries @MPSHackney specialist #HateCrime officers are keen to speak to this male
4492 20/08/21 pic.twitter.com/GWtip256E0