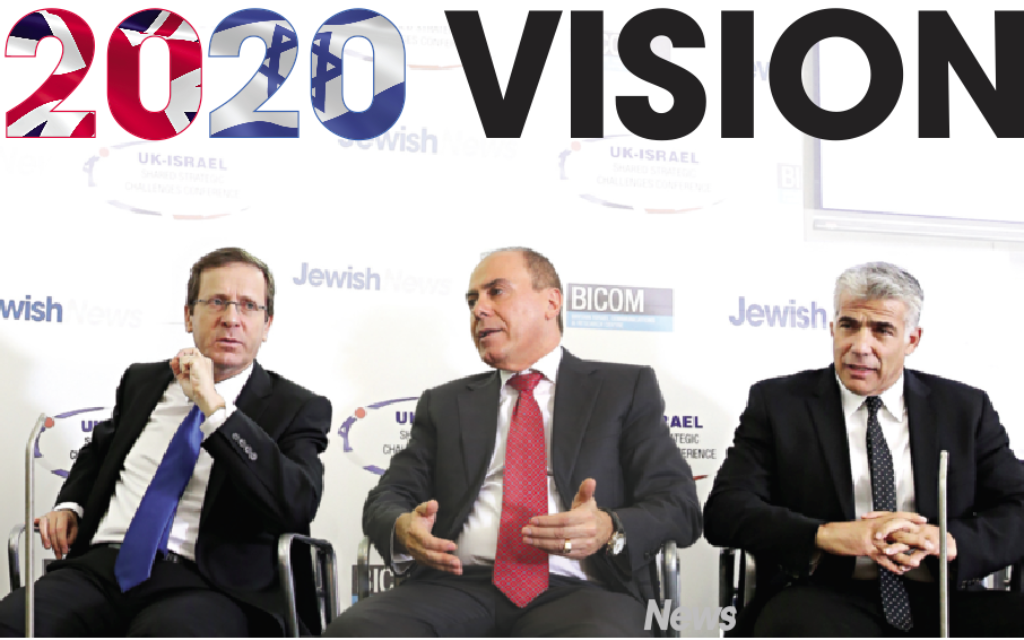 If proof was needed of the impact and timeliness of Monday’s inaugural Jewish News Israel Policy Conference, it arrived within minutes of the start when the event’s Twitter hashtag #UKIsrael2015 began trending nationwide… alongside #TaylorSwift and #LorraineKelly.

The day, which saw 40 major speakers arrive in Parliament to address 300 individuals from think tanks, embassies and governments around the world, cemented Jewish News’ growing reputation as the arena for political leaders and top commentators to set out their thinking on Israel and the Middle East.

This event provided evidence that if you deliver the opportunity and a high-quality platform, Israel’s top brass is eager to engage.


The prospect of an escalation in Gaza looms as the so-called Palestinian Unity Government looks set to dissolve; the EU may take a more aggressive stance with the new Israeli government if it fails to address the settlement issue; relations between Barack Obama and Benjamin Netanyahu are at breaking point; just days remain before the crucial P5+1 deadline for an agreement on Iran’s nuclear ambitions. And, all the while, ISIS casts its ominous shadow across North Africa and the Middle East.

The fascinating results of nine intense hours of discussion and debate on all these core issues – and many others – are featured at length across this week’s edition. As your community newspaper, we also make a public commitment that this conversation will extend well beyond Monday’s conference.

We are acutely aware that our loyal readers were unable to attend this event so you will be pleased to hear our 2016 conference will be even larger, at a bigger venue and open to the public in addition to the policy community.

We have also started to plan a series of one-off Israel policy events that will take place around Westminster over the coming months.

In this way, Jewish News will continue to be the arena for an important conversation. And, hopefully, in our own small way, help to oil the wheels of the long road towards peace.

We’d like to thank key organisations and individuals for making the conference a reality: our partners BICOM and Fathom magazine; the participation of the World Jewish Congress, Israel Channel 10 TV and the Algemenier; and the sponsorship of Tamaries, the Israel Solidarity Campaign, the Anglo Israel Association and many generous individuals.