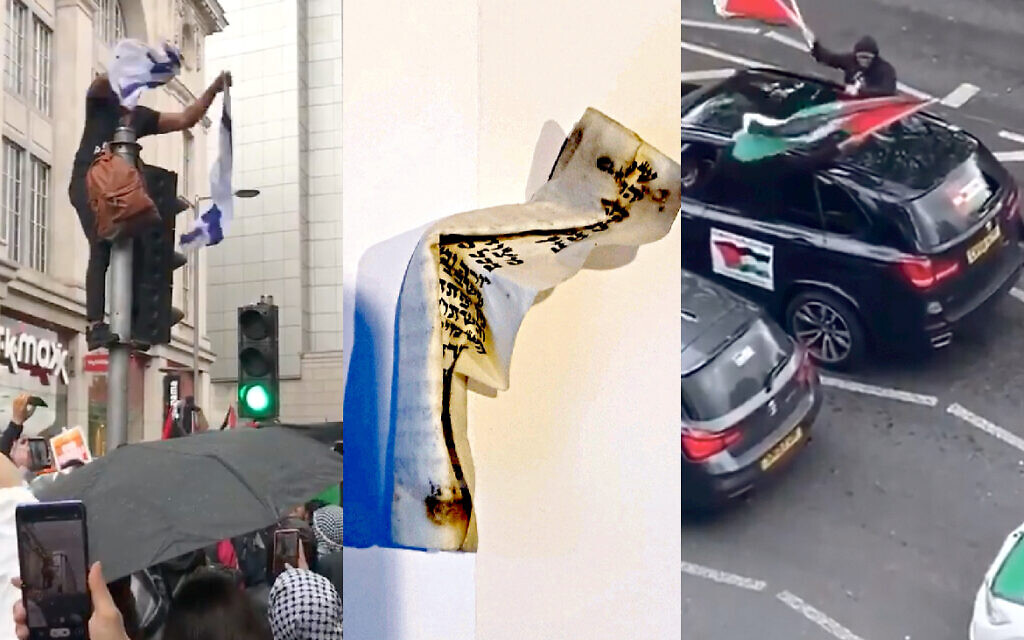 Let’s not speculate about why it’s this conflict – the one involving the Jewish state – brings people on to the streets like no other. Let’s assume the masses are rightly moved by the tragic pictures coming out of Gaza over the last 10 days – just as the Jewish community has.

As in previous conflicts many of the dead in Gaza will be shown to be terrorists, but every single innocent – including the 60 children who have died in this latest conflict – is one too many.

We pray that Hamas’ capabilities to harm innocent Israelis – let’s not forget that is its stated aim – is severely depleted and a ceasefire imminent, as was reported at the time of going to press.

But why wasn’t there a single banner at last weekend’s mass pro-Palestine rally calling for peace for all or even just for Hamas to stop firing?

Why do some seem incapable of supporting the Palestinians without resorting to naked antisemitism – at that demonstration and in the days since?

An Arabic reference to the death of Jews at the demonstration was followed by the sickening sight of a convoy of cars cruising through north London, spewing antisemitic abuse and calling for the rape of Jewish women.

British Jews have been targeted at work, on campus and on social media. Mezuzot were removed from homes in Borehamwood and a young family targeted in their car in Hendon. Their crime: being Jewish.

Over the last 10 days there has been a 600 percent rise in reported hate crimes against Jews. That figure is expected to rise further.

The 2021 conflict may be set to reach a conclusion far quicker than in 2014 but it’s little wonder that the last few days have, for many in our community, felt scarier than ever.

Those behind the hate care not one jot for Palestinians, do nothing to further the cause of an independent Palestinian state and are rightly admonished by the vast majority of those wanting a peaceful solution.

Theirs is not the Britain we know and cherish. The outpouring of disgust at the convoy from across the political spectrum – and overwhelming support for our community – has been the one bright spot in a truly awful week.

As has, as ever, the inspiring work of the CST.