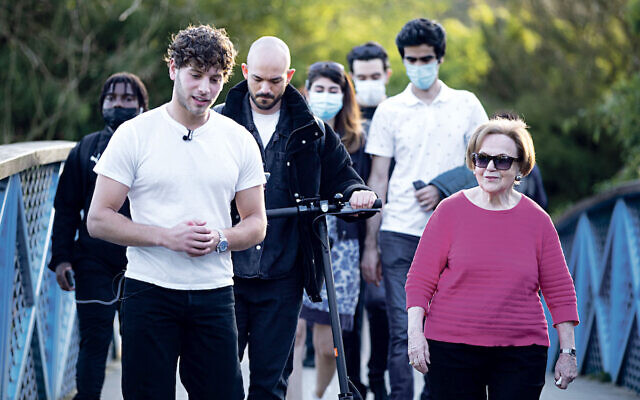 A project which paired Holocaust survivors with celebrities to educate about the genocide has won  two prestigious awards.

The initiative, launched on Yom HaShoah in a bid to continue Holocaust education during the pandemic, featured a series of videos with Holocaust survivors giving their testimony to high-profile celebrities.

Cassie Matus, Chief Executive, March of the Living UK said: “When MOTL 2021 was cancelled we knew we needed something to fill its place. Working with our agency, Creative & Commercial, we came up with an amazing idea. If the survivors can’t go on the March then the March should come to the Survivors. Frank PR and Broadcast Revolution brought this to life with the help of our amazing celebrities and survivors. We are so thrilled that it won two UK Content Awards.”