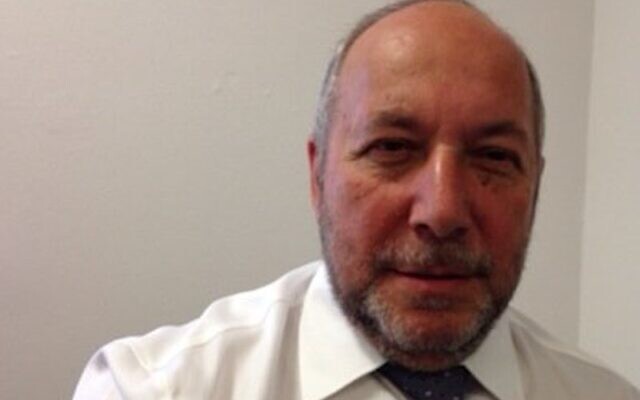 A 33 year-old man from Clapton, east London, has been spared jail over a violent attack on the United Synagogue’s burial chief Melvyn Hartog.

Simcha Hirsch was sentenced to 8 months imprisonment suspended for 24 months for his involvement in the December 2019 assault at a trial at Chelmsford Crown Court.

Hirsch, a member of the Charedi community, was also given a restraining order for five years, ordered to complete 30 rehabilitation activity requirement (RAR) days, undergo 140 hours of unpaid work, and pay compensation to his victim.

After Hirsch was sentenced on June 21, Hartog said: “This episode has been extremely distressing for me, my wife and family.

“As I said in Court, it was made even worse by the fact my attacker was Jewish and brings shame on our community. Thankfully this ordeal has now come to an end and we must all look forward to much nicer things.”

“We are relieved, thank God, that Melvyn’s injuries were not even more severe and we are pleased this sorry saga has been concluded. We wish Melvyn, Marilyn and their family much strength as they move forward from this.”

The court heard how Hartog had suffered superficial wounds after being hit over the back of a head with a tree branch and then kicked several times after he fell to the floor.

Hartog, who has worked for the US for 20 years and is in his 70s, had received a phone call on the night of the incident asking him to collect a package that had been sent to him from a person claiming to be working for a delivery firm.

The aftermath of the incident, left Mr Hartog hospitalised and requiring stitches in a wound across the back of his head, was witnessed by at least two onlookers.

Mr Hartog was taken to nearby Whipps Cross Hospital where he was kept overnight.

Chief Rabbi Ephraim Mirvis was among those to send a message of support and comfort to the popular grandfather while he was in hospital.