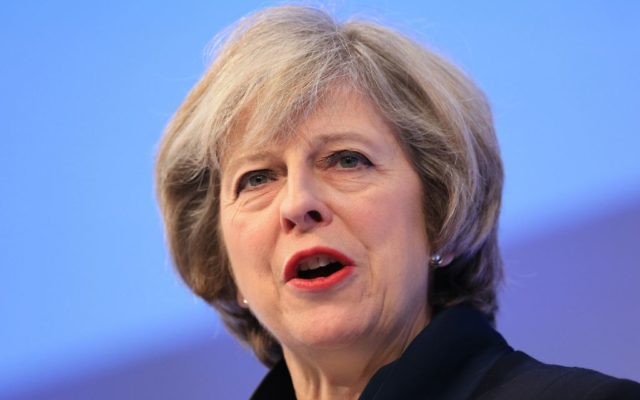 The United States has expressed its “surprise” after Theresa May distanced herself from outgoing President Barack Obama’s stance on Israel.

Downing Street said US Secretary of State John Kerry’s description of the Israeli administration as the “most right wing in history” was “not appropriate” given that prime minister Benjamin Netanyahu is leading the democratically elected government of an ally.

It came after the US took the unusual step of abstaining in a United Nations Security Council vote condemning Israeli settlement building in the occupied territories.

But in comments which appeared more in tune with the outlook being taken by President-elect Donald Trump, the Prime Minister said it was wrong to focus on single issues like settlement building, rather than the wider peace process.

Responding to Number 10’s intervention, the US state department said in a statement: “We are surprised by the UK Prime Minister’s office statement given that Secretary Kerry’s remarks – which covered the full range of threats to a two state solution, including terrorism, violence, incitement and settlements – were in line with the UK’s own long-standing policy and its vote at the United Nations last week.”

The spokesman also pointedly referred to the support for Mr Kerry’s comments from around the world.

They said: “We are grateful for the strongly supportive statements in response to Secretary Kerry’s speech from across the world, including Germany, France, Canada, Jordan, Egypt, Turkey, Saudi Arabia, Qatar, the United Arab Emirates and others.”

The UK regards settlement building in the Occupied Palestinian Territories as illegal but Number 10 made clear a more broadly-ranged approach was needed to encourage peace.

Jewish News exclusively broke the story yesterday that a spokesman for the Prime Minister said : “The British Government continues to believe that the only way to a lasting peace in the Middle East is through a two-state solution. We continue to believe that the construction of settlements in the Occupied Palestinian Territories is illegal, which is why we supported UN Security Council Resolution 2334 last week.

“But we are also clear that the settlements are far from the only problem in this conflict. In particular, the people of Israel deserve to live free from the threat of terrorism, with which they have had to cope for too long.

“We do not, therefore, believe that the way to negotiate peace is by focusing on only one issue, in this case the construction of settlements, when clearly the conflict between the Israelis and Palestinians is so deeply complex.

“And we do not believe that it is appropriate to attack the composition of the democratically-elected government of an ally. The Government believes that negotiations will only succeed when they are conducted between the two parties, supported by the international community.”

Commons Foreign Affairs Committee chairman Crispin Blunt said Mrs May was focusing on a “narrow point” and expressed concerns that the PM was doubting Mr Kerry’s “completely on the money” analysis.

The Tory MP said it appeared Mrs May had chosen to position herself closer to the incoming president, Mr Trump.

“I have absolutely no idea what was behind Number 10 briefing in the way that they did,” Mr Blunt told BBC Radio 4’s World At One.

“My only concern is it would seem to indicate that there might be something wrong with John Kerry’s analysis in their view.

“In my judgment there isn’t, it was an extremely fine speech, it was obvious in that sense it’s his probably last serious speech on this issue in office.

“And no-one can complain about the enormous efforts that John Kerry went to to try and find a way forward on this conflict, which is at the root of so much of the issues in the Middle East.”