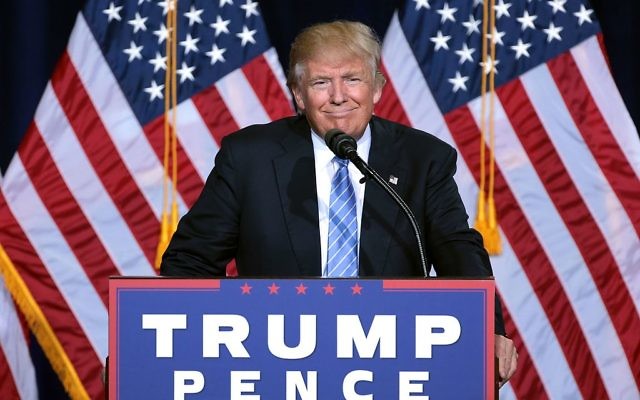 The United States absolutely supports a two-state solution to the Israeli-Palestinian conflict and anyone who thinks it does not is in “error”, according to US ambassador Nikki Haley.

The Trump administration’s new UN envoy said that “we are thinking out of the box as well, which is: What does it take to bring these two sides to the table? What do we need to have them agree on?”.

Her comments were far more forceful in support of a two-state solution than President Donald Trump’s on Wednesday.

He said: “I’m looking at two-state and one-state, and I like the one that both parties like.”

Ms Haley said the solution to the conflict has to come from the Israelis and Palestinians but she stressed: “We absolutely support a two-state solution.”

Earlier on Thursday, the UN and the Arab League issued a joint statement in support of the establishment of a Palestinian state alongside Israel, saying the two-state solution is “the only way to achieve comprehensive and just settlement to the Palestinian cause”.

That appeared to put UN Secretary-General Antonio Guterres and Arab League Chief Ahmed Aboul-Gheit, who met in Cairo, at odds with Mr Trump.

But Ms Haley said, when asked whether the United States would carry out its obligations under the UN Security Council resolution that called for the establishment of two states: “Understand that the United States supports the two-state resolution. That’s never been wavered.”

She added: “What we’re saying is, OK, let’s not just talk about the old way of doing things. Come to the table with all the fresh atmosphere and perspectives that we now have, and think, OK, what can we do knowing all of the factors, knowing where we sit present day, and how can we move forward.”

Mr Guterres had stressed earlier on Wednesday that there is no Plan B to a two-state solution. Ms Haley was asked if the United States had a Plan B.

Mr Trump also urged Israeli Prime Minister Benjamin Netanyahu during their joint press conference at the White House on Wednesday to “hold off” on Jewish settlement construction in territory the Palestinians claim for their future state, to try to facilitate talks.

“What the president has said and we agree on is that expanding settlements at this point is not helpful,” Ms Haley said. “That’s basically what we’re saying to both sides. Let’s take a pause.”

She said what Mr Trump and the new administration are going to try to do is facilitate “some constructive action”.

“We’re just unbiased,” Ms Haley said. “Bring them to the table and say, OK, we’re going to do this.”

The US ambassador spoke to reporters after attending the Security Council’s monthly meeting on the Middle East – her first.

She was highly critical of what she called the anti-Israel bias in the UN’s most powerful body and the resolution members adopted in December condemning Israeli settlements as a “flagrant violation” of international law.