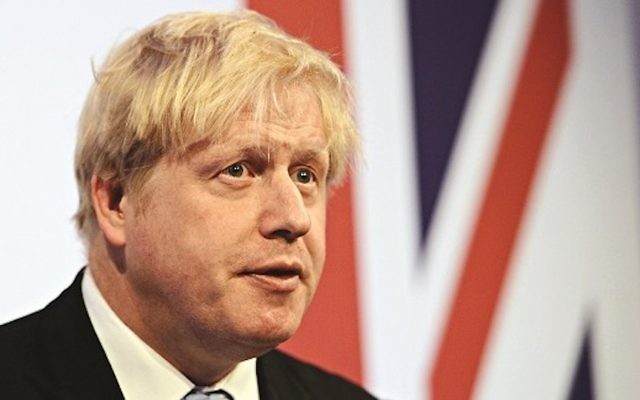 Israel will curb diplomat contacts with Britain over its support for the United Nations settlements resolution, as the Board of Deputies accused the government of “failing to take the honourable course”.

The resolution passed at the UN Security Council with 14 countries in favour and one abstention – the United States – after the latter broke with tradition by not vetoing the motion of condemnation.

Benjamin Netanyahu accused the White House of initiating the move and of a “shameful anti-Israel ambush at the UN”, while the ambassadors or deputy envoys of 12 countries who backed the motion were summonsed following the vote.

The Israeli PM has also ordered ministers to limit travel to those countries in the coming days. Joint activities involving those embassies in Israel will be suspended, though Israeli envoys stationed abroad will continue to have contacts with local governments.

Yachad wrote to Boris Johnson urging the UK to support the motion. But Jonathan Arkush, President of the Board of Deputies, said: “I am deeply disappointed that the UK Government failed to take the honourable course of exercising its power to veto a biased and unbalanced resolution.”

He added: “The UN has once again chosen to demonstrate its hostility to Israel. The Security Council resolution passed on Friday is destructive to peace because it encourages Palestinians to believe that they can maintain their refusal to come to the negotiating table.

“I note that the Security Council has been an utter failure in saving hundreds of thousands of lives in Syria. It clearly thinks of Israel as an easier target.”

Meanwhile, Jerusalem was also forced to deny that a planned meeting between Netanyahu and Theresa May at the World Economic Forum had been cancelled – insisting no such talks had been scheduled.

Motion 2334 branded settlements a “flagrant violation of international law” that reduce chances for a two-state solution. Netanyahu rejects such claims, blaming the failure of peace efforts on the Palestinian refusal to recognise Israel’s Jewish identity.

Welcomed by the Palestinians, the resolution, while mostly symbolic, could hinder Israel’s negotiating position in future peace talks.

The Israeli leader insisted Israel would not abide by its terms and he said he had spoken with US leaders, both Democrats and Republicans, who vowed to fight the move, including he said, from Israel’s “friend” in the incoming administration, the president-elect.

“The decision taken at the UN yesterday was part of the swan song of the old world biased against Israel,” Mr Netanyahu said.

“We are entering a new era and as the President-elect Trump said yesterday, this is going to happen much quicker than people think. In this new era there is a high price for those trying to harm Israel,” he said.

In the UK, Yachad said it believed the UK had acted in Israel’s “best long-term interests, saying the vote presents an “historic opportunity to put resolving the Israeli-Palestinian conflict back at the top of the international agenda”. While the resolution recognised the damage done by settlement construction to prospects for peace, it said, it also “provides balance” by insisting cessation of building must be accompanied by an end to terror.

Ahead of the vote, the Conference of Presidents of Major American Jewish Organisations insisted vetoing the motion was the “right, moral, imperative” thing for the US to do.

Paul Charney, chairman of the Zionist Federation said, “yet again the United Nations has proven to the international community that it is a bias, one-sided body, hell bent on criticising Israel above all other nations of the world in every one of its fora. This resolution is not designed to broach any form of ‘legitimate criticism’ of Israel and is clearly just another stick with which to bash the only democracy in the Middle East in which all its citizens enjoy full rights. For the UK government to firstly not have used its veto to quash this resolution but even more so voting FOR it shows a lack of understanding and support for the Jewish Nation in this so-called international body.”

“In addition, the Resolution will embolden the hardline BDS movement and the ramifications for Jerusalem and Judaism’s holiest site – the Western Wall – are seriously troubling.

“CFI will be writing to the Prime Minister and seeking an urgent meeting with the Foreign Secretary to discuss the way forward”.

American Jewish Congress President Jack Rosen accused Obama of “turning his back on the unbreakable bond”.

“By allowing the Security Council to condemn Israel and disgracefully applaud the passing of an anti-Israel resolution, it prematurely and unfairly determined a core final issue of the conflict, while undermining Israel’s position at the negotiating table. Further it opens the door for legitimized harmful boycotts and other commercial predatory practices against Israel.

“Obama’s Israel legacy will now be viewed as anti-Israel by a majority of Americans, and historians won’t have to argue over it, as his feckless Iran Nuclear Deal and troubled relationship with Prime Minister Netanyahu have already given justified reasons for many that he was not a supporter of Israel. Accordingly, the American Jewish Congress now adopts this view with the adoption of today’s resolution.”

But others placed the blame at the door of Netanyahu. Polly Bronstein, CEO of Darkenu, said: “The states that supported the resolution are very important to Israel strategically, but were tired of Netanyahu’s lack of cooperation and refusal to engage on this issue.

“Darkenu is calling for an actual Foreign Minister to be urgently appointed to repair Israel’s image and foreign relations, rather than the Prime Minister continuing to do it part-time. Netanyahu might be a good English speaker, but he stutters when it comes to protecting Israel’s interests internationally.”