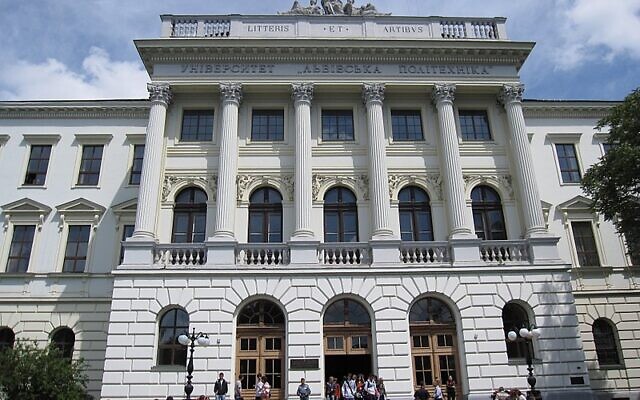 A senior economist in Ukraine said the country’s leaders secretly are serving Israel.

Sytnik penned the text on Tuesday and posted the essay on Facebook alongside photographs of Israel visits by Ukraine’s current president, Vlodymyr Zelensky, and previous prime minister, Vldymyr Groysman, who are Jewish, and former president Petro Proshenko, who is not. Each of the men was shown wearing a kippah.

But “at the Western Wall in Jerusalem they take off their Ukrainian masks for a moment, refuse their roles, which they perform spectacular in Ukraine and become real. For in that place they have a drop of conscience, faith, sense of duty and responsibility for their roots, there they feel fear for their sins, there they are truly afraid of their God and the law.

“Their dominance in Ukraine is a problem created mainly by Ukrainians themselves.”

Eduard Dolinsky, the director of the Ukrainian Jewish Committee, said on Facebook that the text “is like a page out of the ‘Protocols of the Elders of Zion,’” referencing an antisemitic forgery made in Russia during the turn of the 20th century.

Dolinsky said Sytnik’s text gave him doubts about “both the condition of the economy and higher education” in Ukraine.