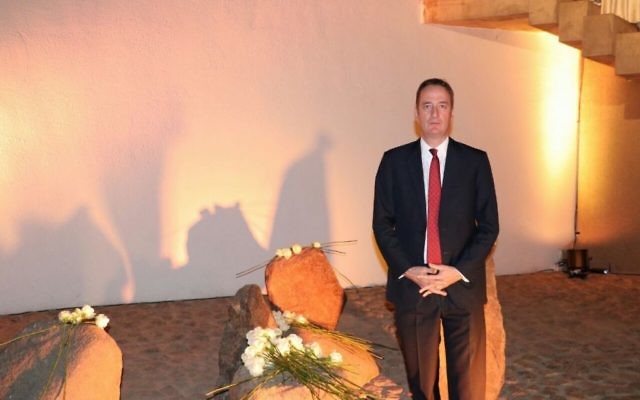 Ambassador Quarrey at the Massuah Institute for the Study of the Holocaust on International Holocaust Remembrance Day (Photo credit: Ofer Sagi)

Britain’s ambassador to Israel has described the impact of a “distressing” conversation he had when he arrived, when he heard a Holocaust survivor explain how her memories only worsened in old age.

Speaking on Friday, at the Massuah Institute for the Study of the Holocaust on International Holocaust Remembrance Day, Ambassador David Quarrey relayed what he’d heard in Eshkol during his first two weeks as Britain’s envoy.

Describing it as “one of the most distressing conversations I have had in my time in Israel,” which “really stuck with me,” he said he spoke to a lady in her 90s who had lived through the Holocaust in Romania.

“She told me how, in old age, the memories had got worse. In her youth, as she came to Israel and built a family, a home and a country, she had been able to contain those memories and look to the future. But now, with time for reflection and perhaps some loneliness, the memories of that terrible time – of family members lost and lives devastated – had come flooding back.”

He added: “It was a stark, terrible reminder of the continuing human cost of the worst crime in history.”

Later, he paid tribute to the organisations involved in Holocaust remembrance and education, as well as to David Cameron, for setting up the Holocaust Commission, and to Prime Minister Theresa May, for adopting the International Holocaust Remembrance Alliance definition of anti-Semitism.

He added: “For someone of my generation, the Holocaust was one of the central moral facts of our education. Sometimes, as I look at the appalling anti-Semitism and Holocaust denial that can be found so easily online, I wonder if that is still the case today.” 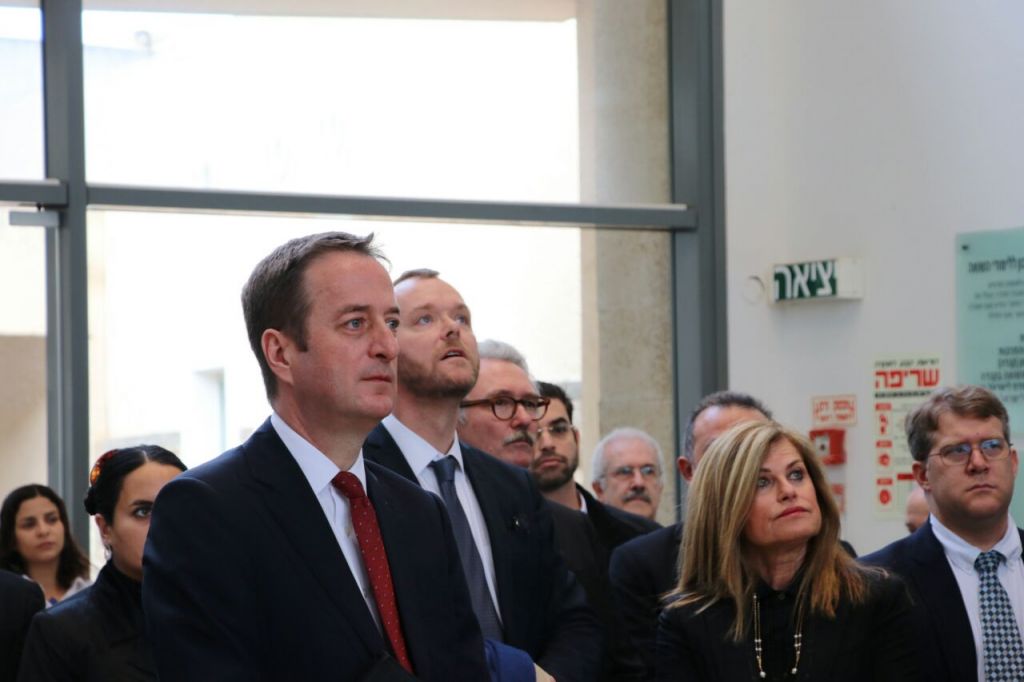 Ambassador Quarrey (left) at the Massuah Institute for the Study of the Holocaust on International Holocaust Remembrance Day
(Photo credit: Ofer Sagi)