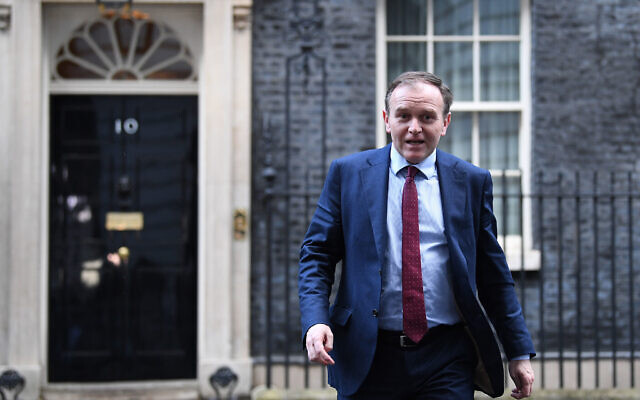 The UK government has apologised to an Israeli official after she was unable to attend the COP26 summit due to a lack of wheelchair access.

Environment Secretary George Eustice said there was ‘deep regret’ over incident, but  also claimed it happened as “obviously something went wrong” with communication from Israel’s side.

Karine Elharrar, a member of Israel’s delegation to the United Nations summit, missed talks on Monday because of the lack of suitable transport, and returned to her hotel in Edinburgh instead.

Speaking to BBC Radio 4’s Today programme, Eustice said: “We deeply regret that incident. What would normally happen in this situation is that Israel would have communicated that they had that particular need for their minister.

“There was obviously something that went wrong in this instance and they weren’t aware of that and so they hadn’t made the right provisions at the particular entrance she was coming to.

“It’s deeply regrettable and we’ve apologised and I know James Cleverly, my colleague in Government, is going to be meeting her later.”

In a statement after the incident, Elharrar said: “I flew to the climate summit to take part in the fight against climate change by meeting ministers from around the world – unfortunately this wasn’t possible because of accessibility issues, which don’t have a place in the year 2021. I’m hoping the lessons from today will be learned so tomorrow I can take part.”

This comes after UK’s Ambassador to Israel Neil Wigan apologised “deeply and sincerely”. He  tweeted: “I am disturbed to hear that @KElharrar was unable to attend meetings at #COP2.

“I apologise deeply and sincerely to the Minister. We want a COP Summit that is welcoming and inclusive to everyone.”

Wigan also spoke to Tzipi Hotovely, Israel’s Ambassador to the UK, apologising for the incident.

He stressed that measures would be taken to ensure the situation was not repeated.

Israel’s Foreign Affairs Minister Yair Lapid also tweeted: “Note to the organisers of the climate conference in Glasgow: It is impossible to worry about the future, the climate, and sustainability if we do not take care of people, accessibility and people with disabilities first.”

Boris Johnson has invited the Israeli Energy Minister who was excluded from a session at Cop26 on Monday due to the lack of wheelchair access – to join him at a formal meeting with Naftali Bennett taking place today.

The Prime Minster had spoken with his Israeli counterpart at a reception on the first day of the climate change summit in Glasgow – and both agreed that Karine Elharrar should be included in Tueday’s talks.

According to a report in Israel’s YNet an official in Bennett’s delegation confirmed:”The two spoke about the incident with Elharrar earlier in the day and it was agreed she should join the meeting.”