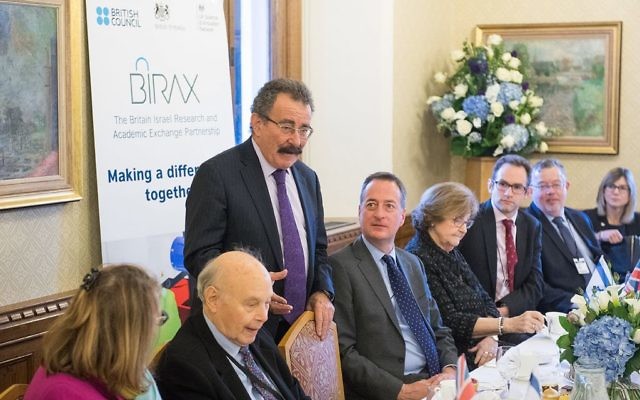 British and Israeli scientists are to collaborate in the scientific field of ageing after a joint £5 million fund was unveiled this week.

Boffins from both countries will work together on pioneering research into age-related diseases such as Parkinson’s, Alzheimer’s, heart disease, Multiple Sclerosis and diabetes, as both countries seek to deal with ageing populations.

The initiative was unveiled at the British Council in London on Tuesday by Britain’s Ambassador to Israel David Quarrey, Israel’s Ambassador to the UK Mark Regev, and Sam Gyimah, Britain’s newly-appointed Minister of State for Universities, Science, Research and Development.

Scientist and TV personality Lord Winston was also on-hand to unveil the latest project of BIRAX (the Britain Israel Research and Academic Exchange) Partnership, after years of UK-Israel scientific collaboration in the field of regenerative medicine.

Teams will be invited to pitch for funding from April and backers, including UJIA and the Pears Foundation, are interested in research on the impact of ageing processes. 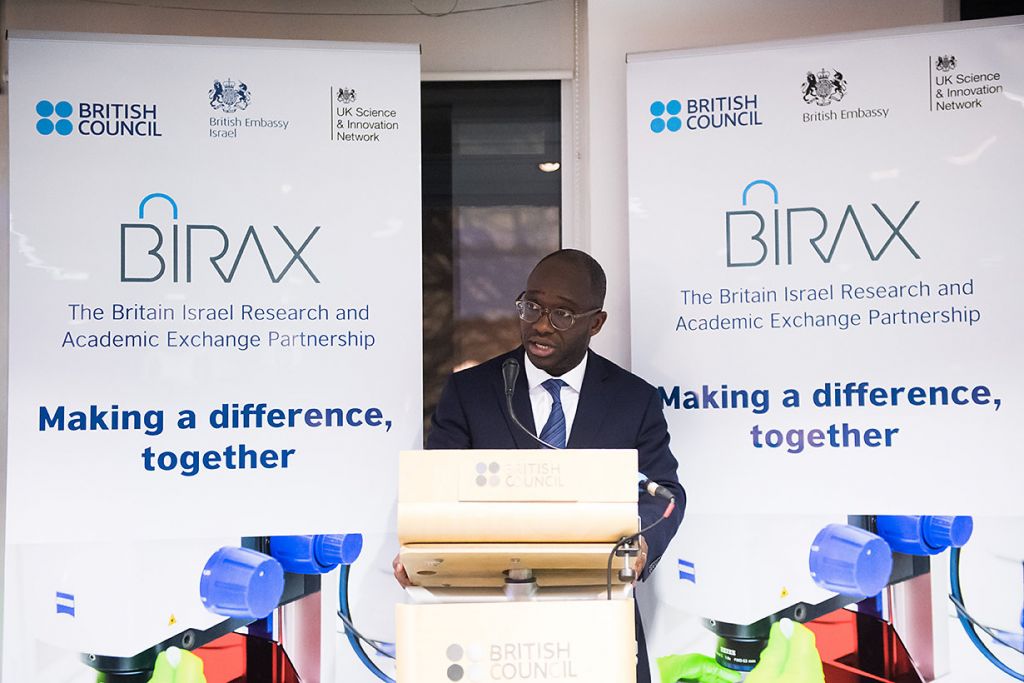 Another interest area is new ways of using precision medicine and big data to identify biomarkers, which are molecules, genes or characteristics by which a biological process or disease can be identified.

In addition, scientists at leading British and Israeli universities can also pitch for research into algorithms and computational techniques to help prevent the harmful effects associated with ageing.

Gyimah said: “We are living longer than ever before. One in three children born in the UK today can expect to live to 100.” He described both countries as “scientific superpowers” and announced that he would be visiting Israel “to look at ways of deepening our collaboration”. 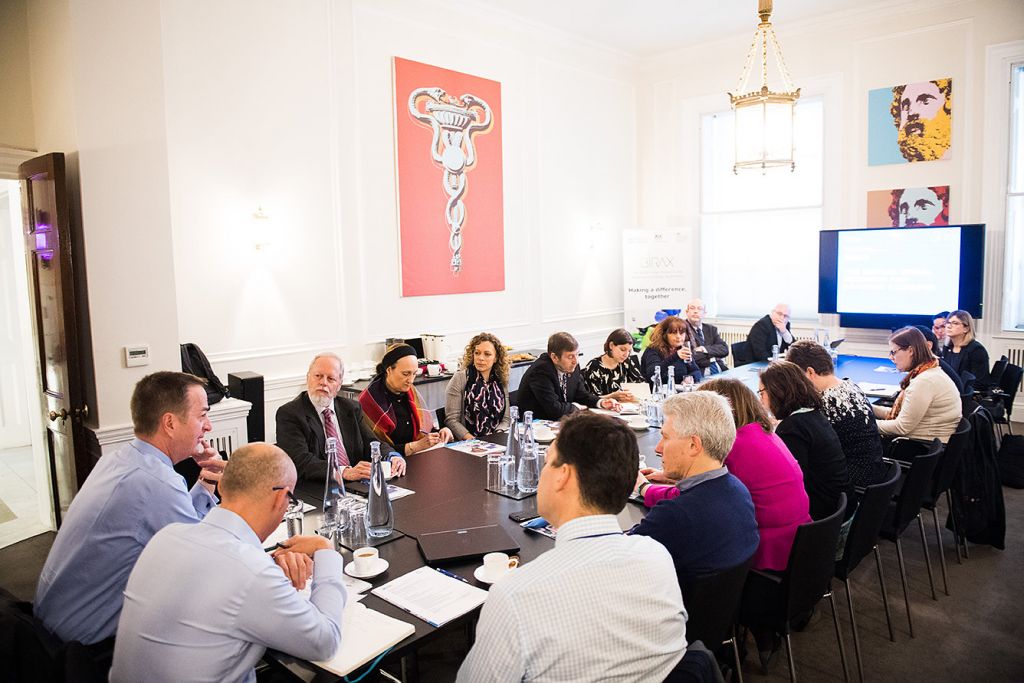 He added that ageing populations added to pressure to develop new treatments, enhance existing ones and diagnose diseases more quickly, saying: “Through BIRAX Ageing, UK-Israel collaboration, and our aging society Grand Challenge, we will improve millions of people’s lives globally.”

British Council director Christian Duncumb said BIRAX “lies very much at the heart of cultural relations between Israel and the UK,” having introduced more than 1,000 scientists, including PhD and post-doctoral students from 120 institutions, “resulting in breakthrough research published in 30 leading scientific publications”.