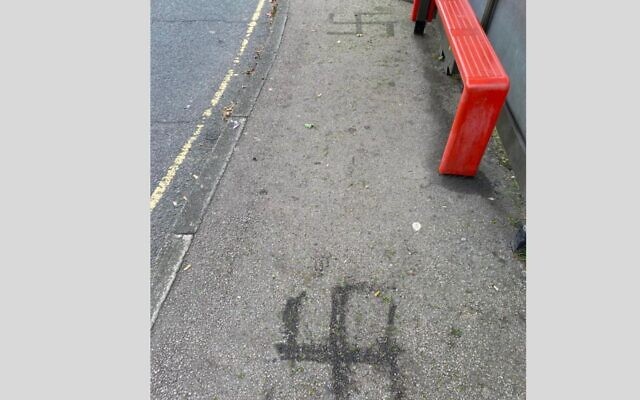 Two swastikas daubed at a bus stop in Mill Hill East have been removed by the local council and are being investigated by police.

A picture of the Nazi symbols on the pavement was posted on Twitter by Danny Cohen, president of Access Entertainment and former BBC Head of Television. He wrote: “Antisemitic graffiti in Mill Hill East, London this week.”

The Community Security Trust confirmed the offensive symbols were found in front of a bus stop in Mill Hill East, where the 221 bus departs on Frith Lane, opposite the entrance to Abercorn Road.

Barnet Council confirmed they had been removed on Friday.

In a statement, the Metropolitan Police said it was “made aware of antisemitic graffiti at a bus stop on Abercorn Road, Barnet at 15:15hrs on Monday, 11 October.

“All current lines of enquiry have now been investigated. Should any new information come to light further enquiries will be made.

“Anyone with any information is asked to call 101 quoting reference CAD4641/11OCT.

Labour London Assembly Member for Barnet and Camden, Anne Clarke, condemned the daubing, saying: “Mill Hill East is home to a large Jewish community, and daubing swastikas can only have been done to provoke fear and upset. 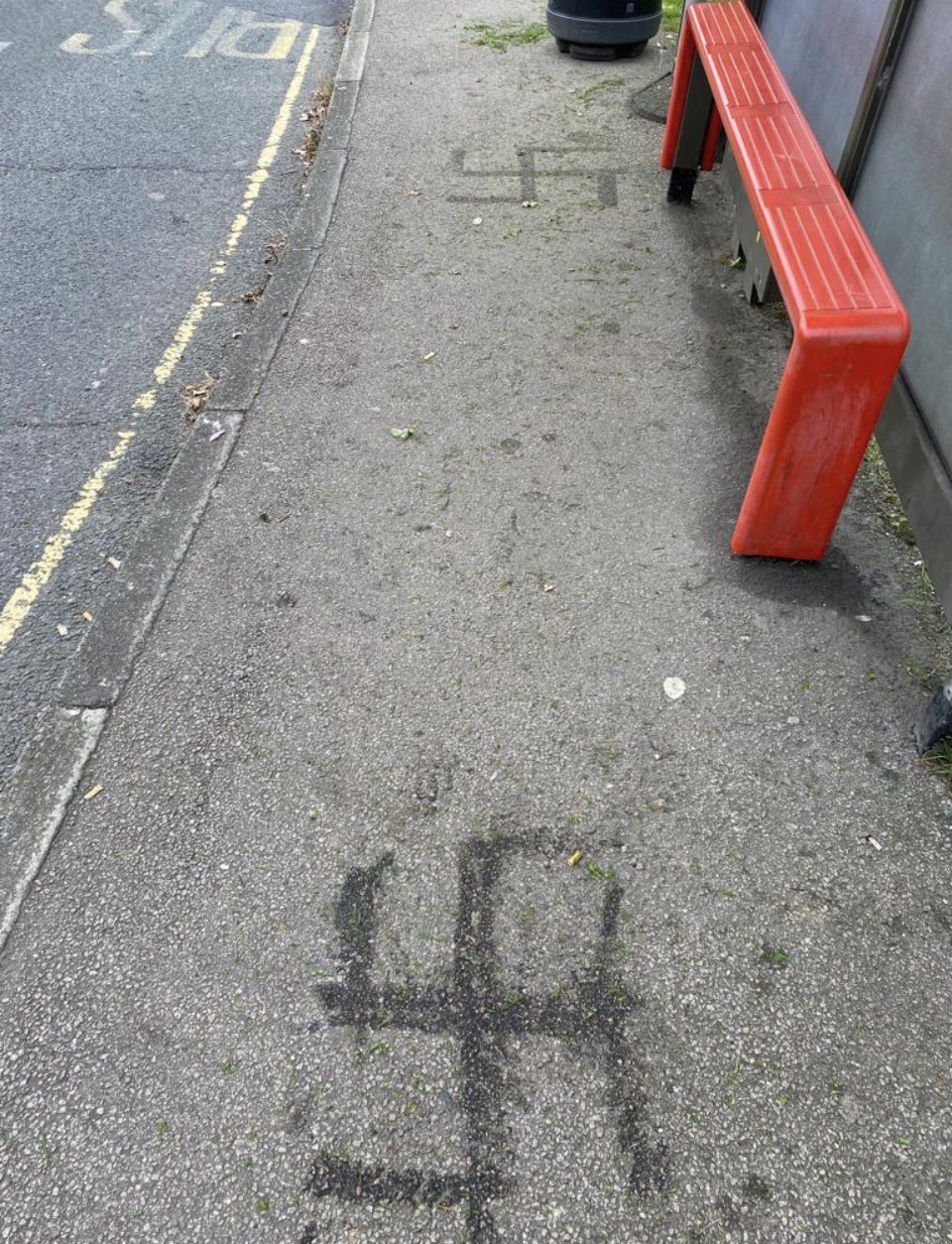 “I am appalled that it has happened, and my office have been in touch with TfL and Barnet Council to ensure it is cleaned up immediately. There is no place for hate and bigotry here or anywhere.”

Rabbi Yitzchak Schochet, senior rabbi of Mill Hill United Synagogue, said: “It beggars belief that antisemitism is still so rife in our community in the 21st century. The sad fact is that it is prevalent on university campuses, to some extent in the work place and, as is evident, it spills over onto the street – quite literally.

“No Jew should have to feel frightened walking the streets of Mill Hill or anywhere else for that matter.

“This gross ignorance and intolerance needs to be addressed once and for all in every sphere of society.”