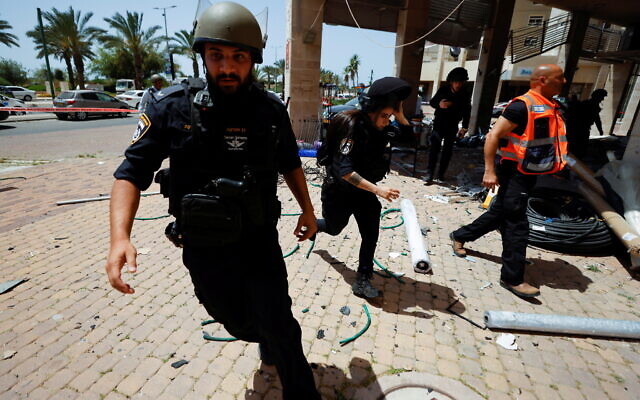 Israeli police run near the scene where a rocket from Gaza landed in Ashkelon on Tuesday (Photo: Reuters/Nir Elias)

Three Israelis and at least 28 Palestinians were reported dead on Tuesday after the most serious outbreak of fighting around Gaza for two years, triggered by earlier clashes in Jerusalem.

Hundreds of rockets were fired towards southern Israel by Hamas and Islamic Jihad, beginning on Monday night.

The missiles reached towns like Ashkelon, where an elderly woman and her caregiver were killed when a rocket landed on their home. The two reportedly had no close access to a shelter.

Israel responded with over 150 airstrikes on positions in Gaza, leading to the deaths of 28 Palestinians, including 10 children, according to health officials in the territory.

IDF chiefs disputed the figures, saying senior leaders in Hamas and Islamic Jihad had been killed in the strikes.

Israel appeared to reject immediate offers from Egypt and Qatar to mediate a ceasefire, with Prime Minister Benjamin Netanyahu saying strikes in Gaza would be intensified in the coming hours and days.

“At the conclusion of a situational assessment, it was decided that both the strength of the attacks and the frequency of the attacks will be increased,” he said in video statement. 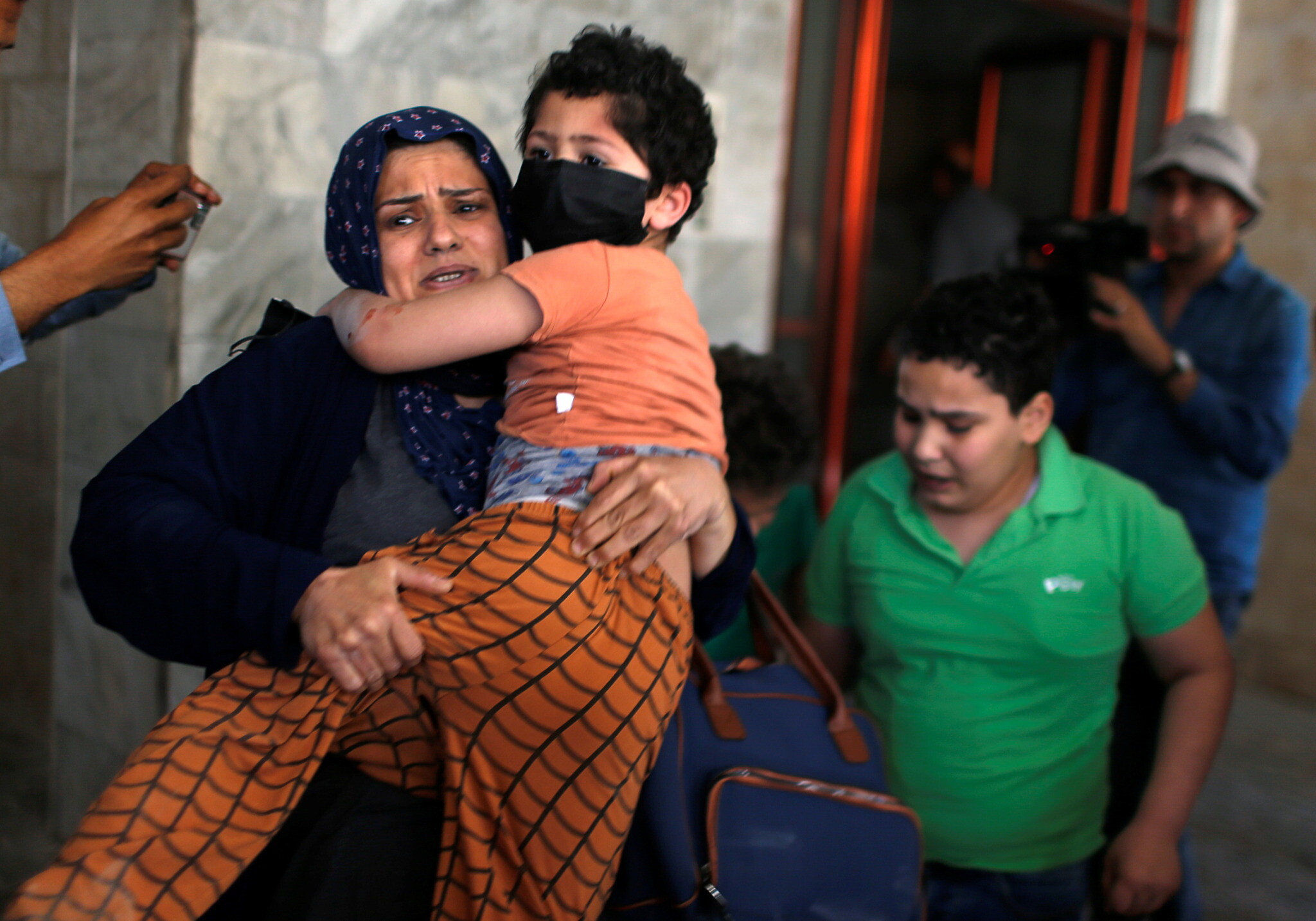 It was a response to an intense barrage of missiles from Gaza: Hamas said that in one five-minute period, it had fired 137 missiles at Ashkelon and Ashdod.

Several homes were on fire in both cities and another rocket struck a school, which had been evacuated ahead of time as a precaution.

The exchange of fire was triggered by events over the weekend in Jerusalem, where Israeli police clashed with Palestinian worshippers on the Temple Mount.

More than 300 Palestinians were injured at the al-Aqsa mosque on Monday alone, many of them by stun grenades and tear gas. 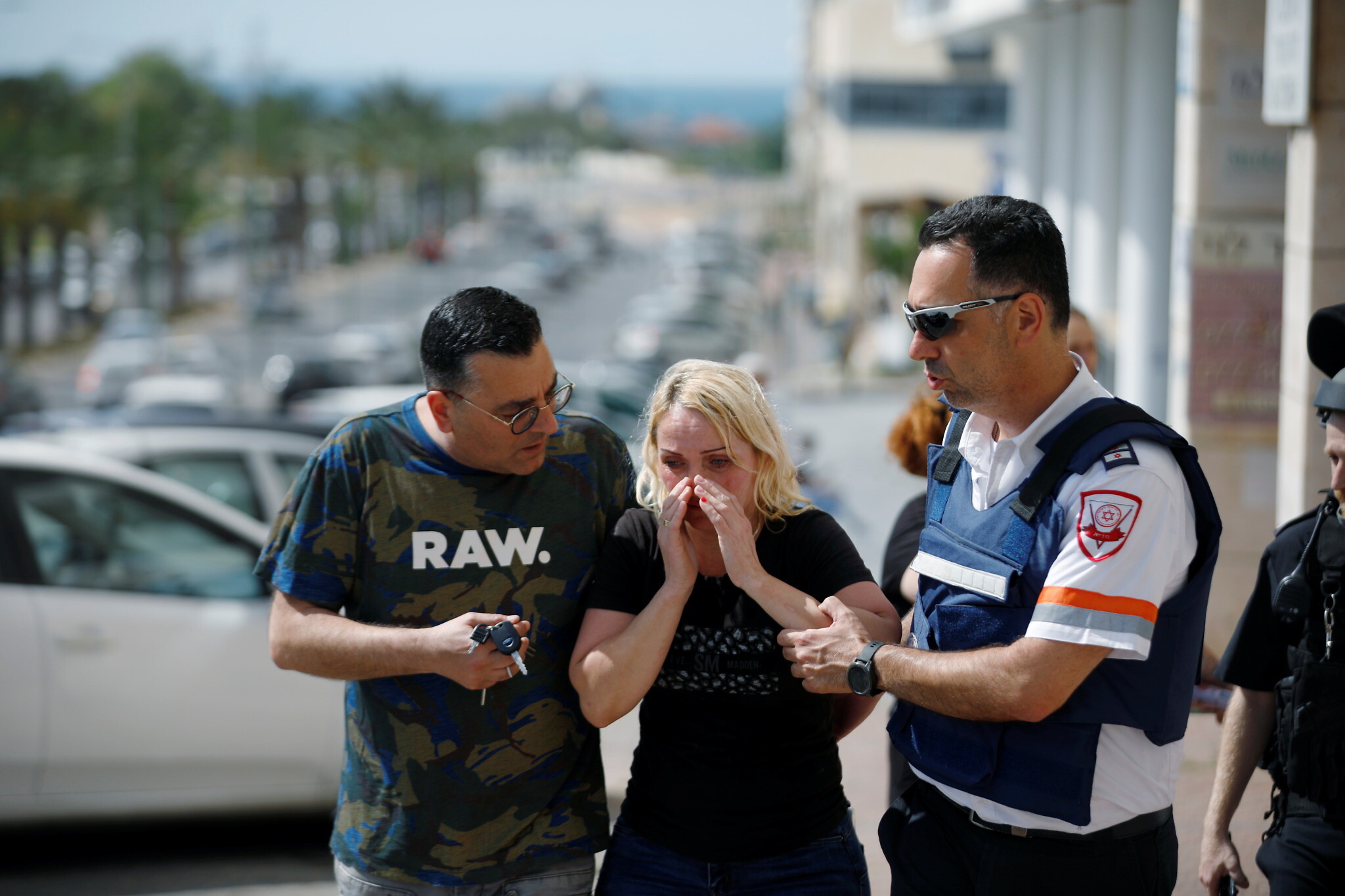 A woman at the scene where a rocket launched from the Gaza Strip hit Ashkelon on Tuesday (Photo: Reuters/Amir Cohen)

Those clashes also led to a spread of pro-Palestinian protests around the country, some of them violent.

The dead man’s father told the Walla news site he had been ambushed while on a family visit.

There were also reports of an attempted car ramming around the Tapuach junction in the West Bank, near an Israeli settlement.