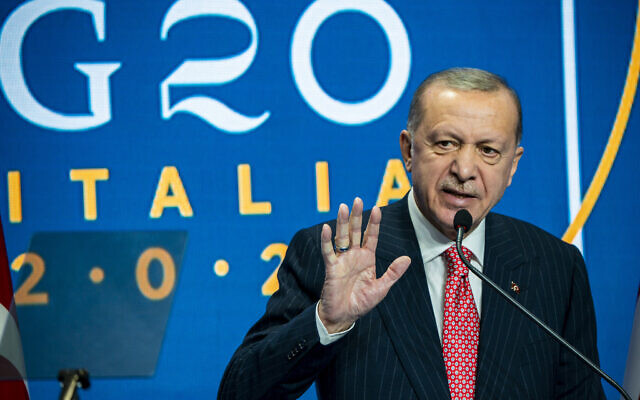 A Turkish man has been convicted of insulting the country’s president Recep Tayyip Erdoğan after calling him a “Jew pretending to be a Muslim” on Facebook.

Yüksel Üstün was initially jailed after being convicted on Thursday of breaking a law that makes it a criminal offence to insult the president’s “honour, pride and respectability”.

Lawyers for Erdoğan, a pious Muslim, had argued it was “belittling” to describe him as a Jew.

The conviction came despite Üstün’s lawyer Baran Güneş arguing the remark could not possibly be an insult.

“Jews are honoured citizens of this country. It is not a crime to call someone a gypsy or a Jew,” he told the court, according to Deutsche Welle.

But judges initially handed Üstün a 10-month prison term, before reducing the sentence to a 7,000 Turkish lira (£535) fine.

Insulting the president is a longstanding criminal offence in Turkey but Erdoğan, who was first elected to the position in 2014, has a reputation for being exceptionally litigious.

A study commissioned by the opposition Republican People’s Party (CHP) in August found he had launched 38,581 cases for defamation in the courts in his first six years in office.

Just 1,138 cases had been filed in the previous decade, the study found.

It is unclear if Erdoğan was aware of the specific case involving Yüksel Üstün.

One Twitter user commented: “Can our Jewish citizens not launch a defamation case of their own on the basis that this is an act of defamation against them?”

There are around 20,000 Jews living in Turkey today, most in the country’s largest city Istanbul.