The MP for Old Bexley and Sidcup, and former Government minister, died with his family by his side after losing a long battle with lung cancer.

During his tenure as communities secretary from April 2018 to July 2019, he visited Buchenwald concentration camp and was a vocal supporter of the national Holocaust Memorial and Learning Centre, to be built next to Parliament.

He also took part in the Holocaust Educational Trust’s Lessons from Auschwitz project as an MP in 2007, attended Holocaust Memorial Day in 2019, and represented the government at the powerful memorial service for six Shoah victims, laid to rest at Bushey cemetery.

Paying respects, Board of Deputies President Marie van der Zyl said: “We extend our deepest condolences to the family, friends and colleagues of James Brokenshire MP.

“A dedicated public servant, we remember with gratitude his strong support for our community as Secretary of State for Housing, Communities & Local Government and throughout his career. May his memory be for blessing.” 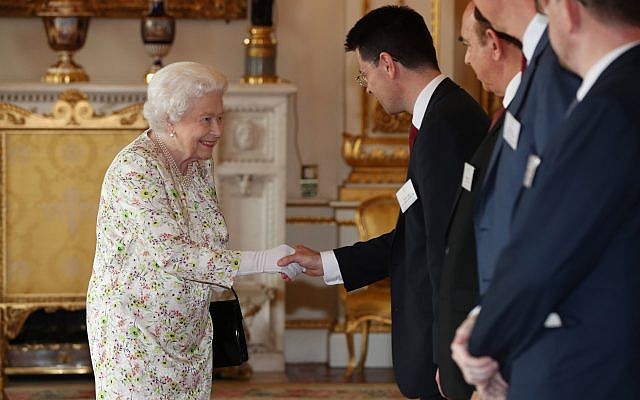 Claudia Mendoza, co-chief executive of the Jewish Leadership Council, said: “We were fortunate to work with James in his various capacities. He was always generous with his time, committed to the Jewish community, and solutions driven. The outpouring of affection and sympathy we have seen is a testament to his dedication as a public servant and our thoughts and prayers are with his loved ones.”

The Holocaust Educational Trust tweeted it is “deeply saddened to hear of the passing of Rt Hon James Brokenshire MP.  He was a great friend and champion of our cause, and above all a good and decent man.”

Chief executive, Karen Pollock, said: “We are deeply saddened to hear the tragic news of the passing of James Brokenshire. James was a was a good and decent man of the highest integrity who we will sincerely miss.

“A steadfast supporter of HET , throughout his time as an MP and in the Cabinet, he always championed our cause. He enjoyed spending time with Holocaust survivors and our young HET Ambassadors and offered his support at any opportunity. We have lost not only a dedicated public servant, but a dear friend.” 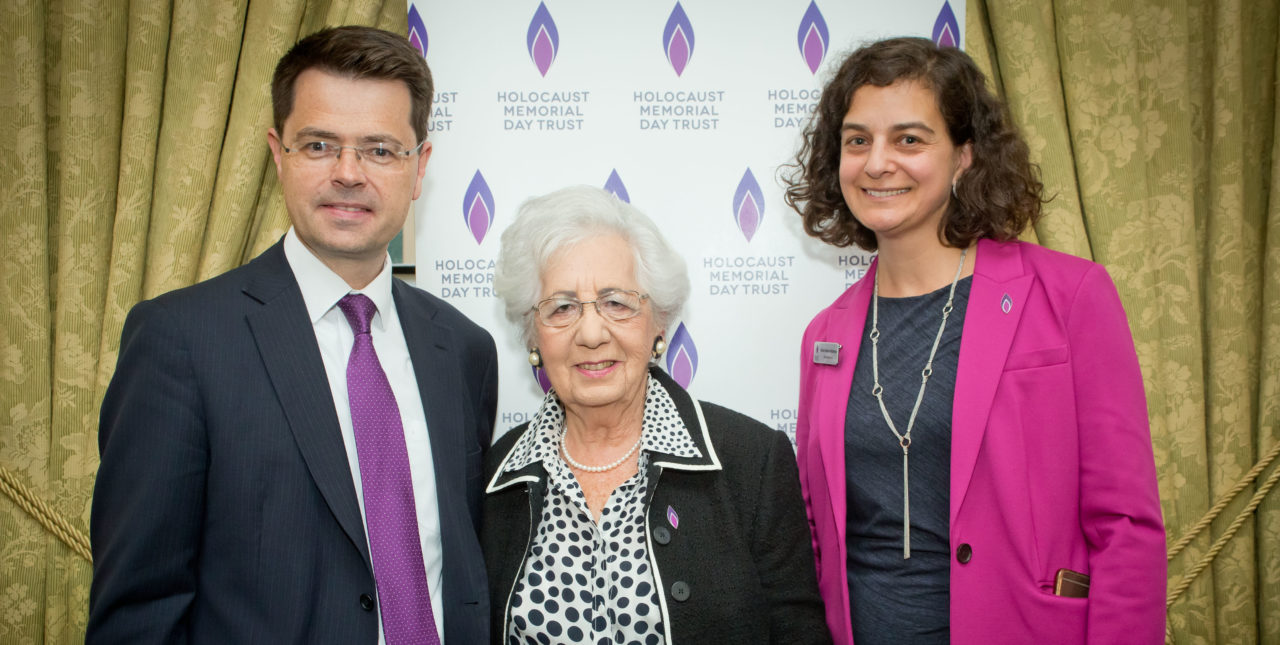 He also supported the Duke of Cambridge’s unveiling of a state of Frank Foley, a British Spy who was known as the ‘British Schindler’. He tweeted at the time, it was “particularly special to be there with my father-in-law Michael Mamelok who was one of those he saved.”

“The ’45 Aid Society said in a statement it was “deeply saddened to hear of the tragic passing of James Brokenshire MP. He was a great friend to the ’45 Aid Society and was incredibly supportive of us, our work and of The Boys. He was also an unwavering supporter of the Jewish community in the UK and of Holocaust education in particular. We send our condolences to his family.”

Valerie & I were deeply saddened to hear of the passing of James Brokenshire. I came to know James well during his time as Secretary of State for Communities & had the pleasure of welcoming him into our home for Shabbat dinner, together with his dear wife Cathy & their children. https://t.co/qt3hVsvRLG

The Association of Jewish Ex Servicemen and Women – The Jewish Military Association, also paid respects. In a statement it said it was “deeply saddened”, calling him a “great friend to AJEX and the organisation have fond memories of him attending the Annual Parade and Ceremony in 2018. Our thoughts are with his wife Cathy and three children at this sad and difficult time. He will particularly be in our thoughts at this year’s AJEX Parade in November.” 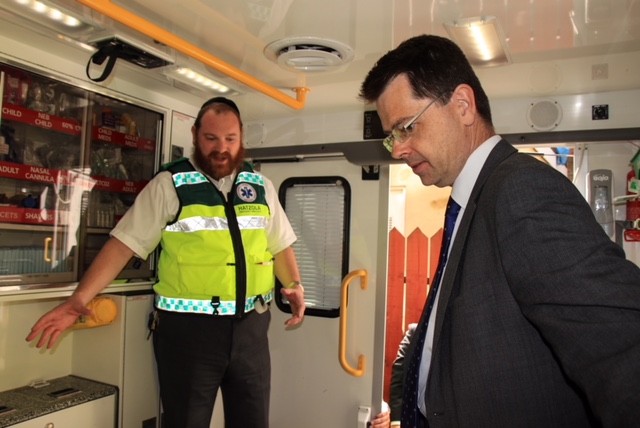 James Brokenshire in a Hatzola ambulance

Following the Pittsburgh shootings, he offered support to the community, and said the “hugely distressing” scenes “underlines starkly the need for us all to stand together against hatred, bigotry and intolerance”.

He also visited Stamford Hill in August 2018 as part of a strategy to break down “barriers to integration”. During the tour he saw first-hand the work of Hatzola emergency medical service.

Tributes also came in from across the political spectrum, with Prime Minister Boris Johnson calling him the “nicest, kindest and most unassuming of politicians”. Labour leader Sir Keir Starmer called him “a thoroughly decent man, dedicated and effective in all briefs he held.”

His death comes after he confirmed his lung cancer had “progressed” and he was starting a new line of treatment in August. 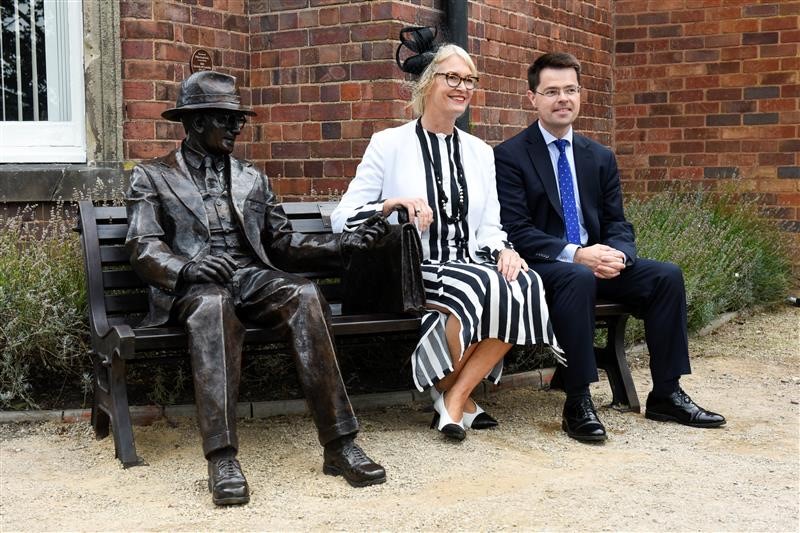 His family said his condition had rapidly deteriorated, and in a statement, they said: “James was not only a brilliant Government minister ..but a dedicated constituency MP.”

They added, “most importantly, he was a loving father to his three children, a devoted husband to Cathy and a faithful friend to so many.

“We would like to thank all the NHS staff, particularly those at Guy’s & St Thomas’ in London, who cared for James with such warmth, diligence and professionalism over the past three-and-a-half years.”