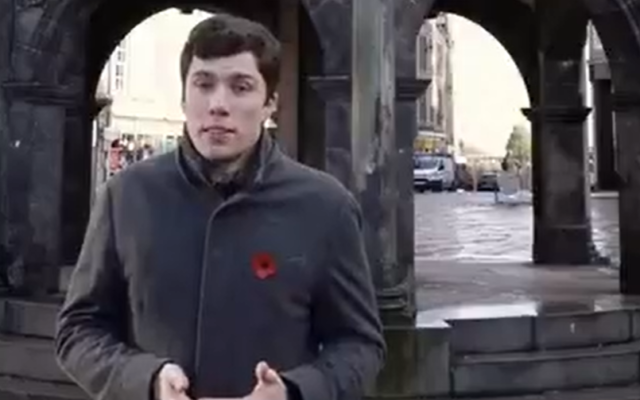 A Conservative councillor who was suspended over social media posts about the Holocaust has been made leader of the party in Aberdeen.

Ryan Houghton was chosen by colleagues to lead the group in the Scottish city at a meeting on Sunday.

In the run-up to the 2019 general election he was suspended as the candidate for Aberdeen North after a series of extreme social media posts were uncovered by newspapers in Scotland.

But the suspension was lifted last June after Houghton apologised for any hurt caused but insisted the comments were taken out of context.

His role as Aberdeen city council co-leader will now need to be approved by councillors – and if successful Houghton will share the role with a Labour candidate.

Houghton had been suspended by the Tories over  posts made on a martial arts forum – uncovered by The National and the Twitter account @matesjacob –  in which he suggested some events around the Nazi regime’s persecution and murder of six million Jews had been “fabricated”.

In another post, he suggested fellow users on the martial arts forum should have a debate on how the Holocaust had been “exaggerated by the victors.”

Houghton told The National at the time: “These posts were made on private discussion forums about eight years ago. Much of this has been taken totally out of context. And I made very clear at the time that I was not defending the views of David Irving in any way.

“I do not hold, and have never held, antisemitic, racist or homophobic views. I would strongly refute any suggestion to the contrary.”

The Aberdeen Conservatives leader job became vacant after previous Tory leader Douglas Lumsden stepped down having been elected to Holyrood.

Liberal Democrat group leader Ian Yuill told the Aberdeen Evening Express: “We will not be supporting Mr Houghton’s nomination as co-leader as we believe he still has questions to answer over his comments from several years ago.”

Local SNP leader Alex Nicoll said Houghton’s comments were “completely at odds with what our council stands for” and a “betrayal of the diverse communities that make up our city”.

But Houghton insisted:”The suspension happened, I went through the process and I was readmitted to the Conservative party with no further sanction.“I dealt with the matter at the time, apologising and speaking with anyone who wanted to around this issue.“It is important to highlight this incident is based on stuff from 2011-12, almost a decade ago and well before I was involved in elected politics.

“I think that has been understood and I am more than happy to point to record I have as a councillor, driving forward equality and support for minority groups.”